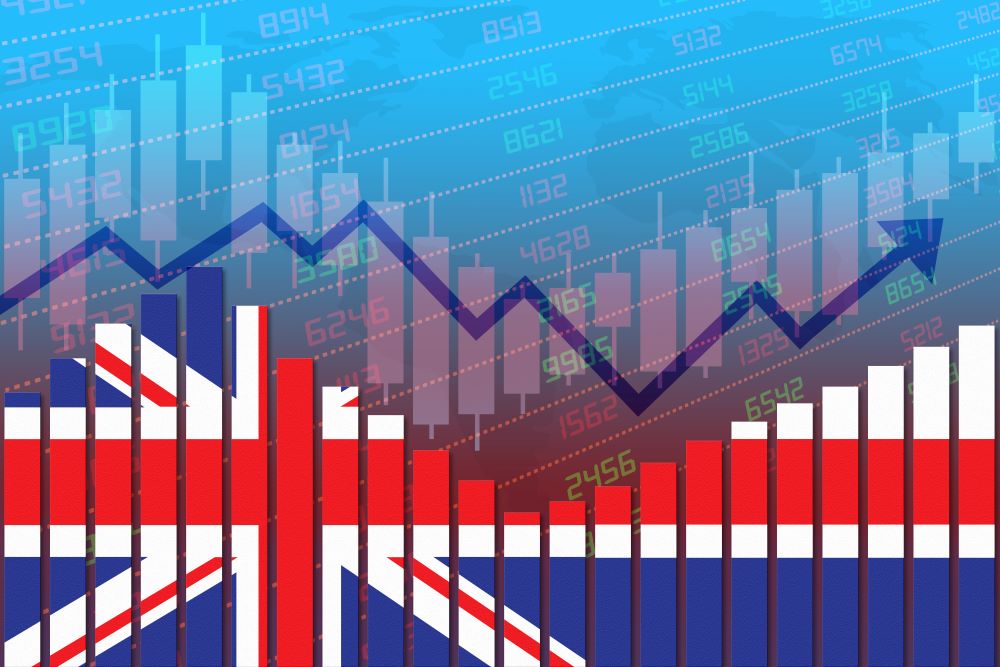 As the UK enters 2023, there is much talk among economists and in the media about where the nation’s post-covid future is headed. The reality British people face this year is bleak, but not as terrible as some anticipated.

FTSE 100, the UK stock index representing the top 100 British companies, opened in the new year on a high note. The index had a peak rise of 180 points, which is greater than anything we’ve seen since 2018. The index fell to 102 points later in the day, but this was still a surprisingly enthusiastic attitude from traders amid expectations of a recession.

The new year rally comes down to multiple factors. For one, inflation will likely halve over the next year. According to the Bank of England, inflation has already reached its peak of around 11% and will be cut in half over the course of this year, eventually reaching the BoE’s 2% target by 2024.

As inflation falls, forecasts for interest rates improve. Central banks have been increasing interest rates to curb spending and therefore reduce demand for goods. As interest rates do not reach their predicted peak and begin to fall next year, companies will be more likely to borrow money and invest it in the economy. The danger before was a spiralling recession, whereby high inflation causes the economy to retract and high-interest rates deepen the crisis as the economy is starved of investment. Current predictions now indicate a protracted but shallow recession.

Although inflation across all goods and services is expected to fall, the biggest impact on falling inflation is the decrease in the price of gas. Wholesale prices of natural gas for supply in February fell by 3.8%. This means prices will go from a peak of 550p per therm to 179p.

Warmer seasonal weather and the threat of recession have and will continue to reduce household consumption of energy. Europe’s move away from dependence on Russian gas led it to invest in improved gas storage for the winter, further reducing the price of gas as traders are at ease over its supply.

Energy bills falling for companies in the UK means fewer bankruptcies and more production. However, the government is currently supporting companies with an energy relief scheme that will come to an end in March 2023. Jeremy Hunt, Chancellor of the Exchequer, said the scheme is unsustainable and will have to be reduced. The Treasury Department added: “No government can permanently shield businesses from this energy price shock”. They will review the scheme next week, guaranteeing at least some support after March.

Despite their silver lining, dark clouds still loom ahead for Britain. The IMF predicts at least a third of countries will go into a recession this year and the UK will be the worst-performing economies in the G7. Goldman Sachs puts the contraction at 1.2% in 2023, followed by 0.9% growth in 2024. KPMG, an accounting firm, estimates the contraction will be 1.3%, putting the UK on the same level as Russia’s economy.

Many economists believe that while Brexit is not the cause of recession, it is responsible for the UK being the worst performer in the G7. Dianne Coyle, a professor at Cambridge University claims that the UK will not see a serious recovery “unless some sanity returns to our trade relations with the EU”.

Although inflation will fall, households who have not received a pay rise above inflation since the pandemic will continue to feel a strain on finances. Average pay rises in the private sector of the year up to August-October was 6.9%, falling below the inflation rate of the same period.

Businesses are reluctant to raise wages in line with inflation, fearing a never-ending cycle of wage growth and inflation, and because many companies claim they cannot afford increased labour costs.

Real wages falling won’t be the only problem, says Kallum Pickering, senior economist at Berenberg bank: “The combination of falling real wages, tight financial conditions and a housing market correction are as bad as it gets,”. In other words, investors and homeowners will also see a fall in the value of their assets.

Consequently, the Office for Budget Responsibility calculated a 7% fall in living standards over the next two financial years. Unemployment will rise from 3.5% to 4.9% by the third quarter of 2024. This will put an additional half a million people out of work before falling. That said, Mr. Hunt promised pensions and unemployment benefits will rise with inflation, which will at least reduce the worst effects of the cost-of-living crisis.