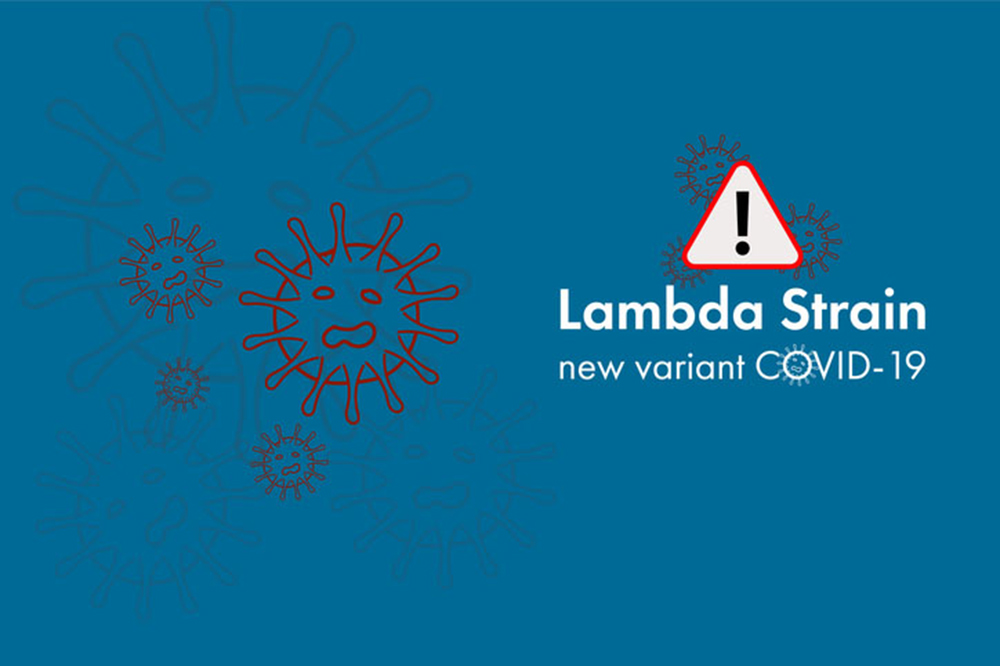 A new coronavirus mutation is becoming a cause of concern around the globe as the Lambda variant (technically termed C.37), found in many counties, particularly in South America. The symptoms of the Lambda variant are the same as the usual Covid symptoms. The symptoms we know so far include cough, loss of taste and smell, body pain, high fever and difficulty in breathing.

According to the World Health Organization (WHO), the first instance of the Lambda variant was found in Peru around August 2020. 81% of covid cases spiked in Peru from August 2021 have been of the Lambda variant as per WHO reports. In another South American country, Chile, this variant is responsible for one-third of covid-19 figures in the past two months.

According to data from a global science initiative GISAID, it has spread to at least 31 countries. Some of them include South American countries like Peru, Chile, Argentina, Brazil, Colombia, Ecuador; Canada in the US; Germany, Spain, France, Israel, among others in the UK.

On June 14 2021, WHO recognized the Lambda variant as Variant of Interest (VOI). This name is for the strains of the virus that are believed to affect transmissibility and severity. It results in many covid-19 clusters across countries with the potential risk to global health. The Lambda variant is the seventh variant of Interest identified by the WHO. Public Health England has designated it as a Variant under Investigation (VuI).

Public health bodies, including the WHO, are trying to learn how the Lambda variant stands with other variants of coronavirus. Its transmissibility, severity and response to existing vaccines are the main issues of focus. Around mid-June, WHO observed that the variant carries mutations with the potential to increase transmissibility and possibly better resistance to antibodies. Some experts have described selected mutations in the spike protein as unusual. Available scientific evidence has identified at least seven mutations in the Lambda variant spike protein which could result in high contagion rates and make it more lethal. The Delta variant, a variant of concern driving cases, globally has three mutations to it.

WHO has pointed out that the evidence is limited on the Lambda variant. More studies are necessary to understand the variant. However, the designation variant of interest is a step below the variant of concern (VoC), such as the alpha and delta variations.

Last week, Dr Maria Van Kerkhove, the technical lead of WHO on Covid-19, was asked what would make Lambda a variant of concern in a press conference. Van Kerkhove pointed out three important factors; whether it demonstrated an increase in transmissibility, if it resulted in greater severity, or if it showed some sort of resistance to countermeasures.

A study has been carried out by the University of Chile on healthcare workers who were inoculated with two doses of China’s CoronaVac (Sinovac) vaccines. It shows that the mutations in the Lambda variant spike protein provide some measure of immune escape from these antibodies. It must be noted that the study published on July 1 is yet to be peer-reviewed. China has defended its vaccines against doubts over efficacy. Experts believe that countries should continue using Chinese covid vaccines for the time being. Especially in light of low supplies in low and middle-income countries.

According to official reports, there are no cases of the Lambda variant in India or neighbouring countries yet. But, many European countries like Germany, France, Italy and the UK, as there are frequent travellers to India have detected the strain. Israel happens to be the only Asian country that has detected the variant for now.

The Indian government confirmed on Friday that the Lambda variant was not detected in the country yet. Lav Agarwal, a joint secretary in the health ministry, said, "The Indian SARS-CoV-2 Genomics Consortium (INSACOG) is watching the variant closely. We must be watchful of this potential threat especially since India has only recently begun to recover from the second wave."

Dr V K Paul, NITI Aayog Member (Health) has expressed confidence in INSACOG’s surveillance system. He called it effective and that it would detect the variant through sequencing were it to enter India. Paul also added that there was the need to be watchful of these variants because under pressure viruses often tend to take on characteristics that help them survive. He has, thus, cautioned against mass gatherings at tourist spots in the country calling it a “serious cause of concern."

India has detected two cases of the Kappa variant in the state of Uttar Pradesh. Dr Paul acknowledged that the kappa variant has its presence since March. It needs to be watched as it is the variant of interest. The WHO website has listed Kappa (B.1517.1) as other variants of interest alongside Eta (B.1.525) and Iota (B.1.526).

Coronavirus SARS-CoV-2 has mutated several times since its appearance. Some of the changes affect the virus properties, such as its infection rate, severity and the effect of vaccines and other medicines on it. This mutation feature has kept the pandemic going for over 18 months now. The global health body has created a network of health experts over the world to track and study the changes in coronaviruses. Whenever significant new mutations are identified, countries are suggested measures to contain them.

The possibility of new variants bypassing immunity gained through vaccines would mean new waves of infections in populations that are reaching community-level protection, such as certain European countries.

While the world is currently dealing with the Delta and the Delta Plus mutations, the Lambda variant has emerged as a new potential threat. We must keep a watch on it while increasing vaccination rates and observing covid appropriate behaviour.