Why Should Student Debt Be Forgiven? 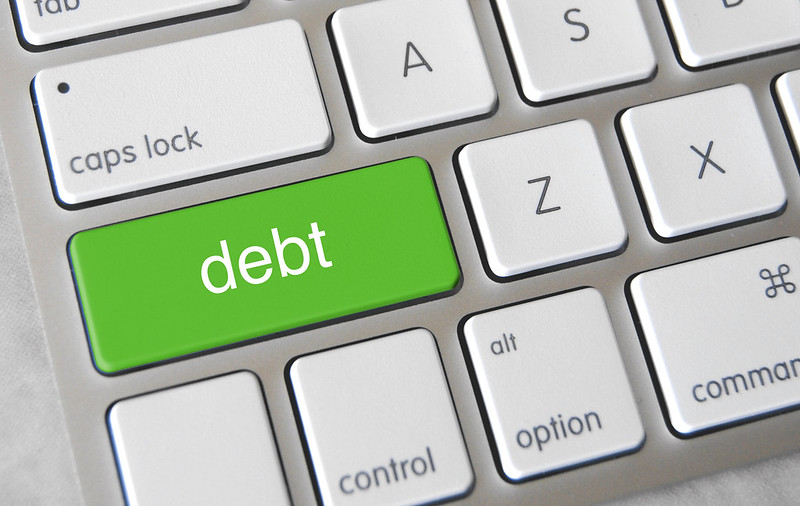 The cancellation of student loan debt has been the main topic of discussion since President Biden’s campaign back in 2020. The president has consistently promised borrowers with less than 50,000 dollars of student debt to cancel $10,000 (per borrower) out of the money owed.

Though most college students will see this as a blessing from god others who do not attend college see it as a gift from the devil. “It would be right for those who are working hard and can’t pay off their debt. But, canceling all debt won't be good for the economy.” Stated college senior Janet Adeola. Many fear that 12 months of loan forgiveness will increase the inflation rate from a percentage of 0.1 to 0.5 and the burden of student debt will be passed along to taxpayers.

There is a worry that inequity can occur because if student debt was to be erased only households making less than $125,000 would be eligible. This sparks another concern that doctors and lawyers will be excluded too because of their high salaries.

The President was scheduled to make an announcement regarding The Federal Student Loan Repayment Pause, which expires August 31st, and Student Loan Forgiveness in May but it was postponed due to the Texas Shooting. This leaves U.S undergraduate and graduate students wondering what’s next? A few students took the opportunity to advocate why student loan forgiveness should be granted.

“We would all have a better chance at getting our finances in order.” Veronika Miller, a current senior at Ramapo College of New Jersey states. “Middle-class citizens will actually stand a chance at making it…like if me, a white kid, and Hispanic person were to be debt-free we would have a better chance at doing something we wanted to pursue.” a notable quote from the Artist as only 27 percent of college graduates have a job closely related to the field they majored in. A Harvard Business Review survey shows that 33% of young adults interviewed, mindset shifted from finding a career in their field to settling for working part-time.

She adds, “I feel like when you’re in debt you have no choice but to really hone in on what it means to handle money and how to pay off things on time to take care of your financial situation.”  The survey from Harvard Business Review also revealed that 43% of participants had less than 10,000 dollars in loan debt. Ultimately, if the U.S does go along with Biden’s plan of deducting 10,000 a good amount of students can become debt-free.

A Cancellation of student debt would impact everyone but more specifically it could benefit the black community. Veronika Miller states, “In high schools, most institutions, and white-dominated neighborhoods they prepare and teach students what to do financially. If not from their schools from their white parents, who are statistically in the government system financially better than the minority group.”

The majority of minority students are not only miseducated about finances but they are more likely to receive pell grants, with 72% of black students given them between 2015-2016, and more likely to take out federal loans reaching a percentage of 71 more than their white counterparts with 56%.

Democratic lawmakers confirmed that canceling student debt would be a detrimental step in the direction of confronting economic and racial equity issues as it contributes to the continuous gap in racial wealth. Though this is one of the benefits of student debt deduction a flaw can be found as only 25% of the money would go towards the black community and 62% of it will find its way into white households. This is caused by fewer black individuals being in college compared to white people with black students making up 12% of the student population in a 4-year public institution.

A few other students expressed their opinions regarding student loan forgiveness including Samantha Jones who comments, “A bachelor's degree is the new high school diploma meaning that we need a minimum of a bachelor's degree to get a decent paying job. The minimum wage is only 13 dollars, not even enough for someone to live off of let alone pay back 120,000 dollars.”

Ty’yanna Johnson doesn’t shy away stating, “They have been pushing back student payments for a long time so it proves they don’t need us to pay our debt back for the economy to keep running. If they can find billions of dollars to send to Ukraine then the government can provide money to improve the lives of citizens they just choose not to.”

Kaylon Lindsay empathizes with undergrad and graduate students, “People work really hard to get an education and I feel like it shouldn’t cost to become smarter.” She continues, “At the end of the day, we are helping the world by getting degrees in what we are certified to do…What would the world do without doctors and nurses? What would we do without lawyers, business owners, and social workers? What would the world be without people who can properly care for our animals?”

Tatyana Dejah-Miller adds, “There are most likely a lot of students already struggling to pay tuition during the semester...now after they graduate they have to stress themselves even more on how they’ll be able to pay everything off before they have to pay more money.” After students graduate college they have a six-month grace period before they are expected to start paying off their school debt. So once those graduation caps drop the race to find employment is on.