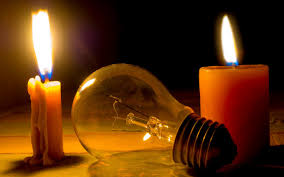 There’s no doubt that load shedding takes a significant toll on the South African economy as a whole. Every South African has been affected by load shedding in one way or the other. This is especially true for small and medium-sized enterprises (SMEs)as they are the most significantly affected groups by these regular power outages. SMEs have revenues, assets, or several employees below a certain threshold.

According to an article on  business tech published on 2 October 2022, Eskom has reported that this year has been the most intensive year of blackouts so far. As of the beginning of October 2022, South Africa has had 81 days of national load shedding. This is a notable increase in load shedding compared to the 48 days of load shedding in 2021 and the 35 days in 2020. Eskom has recently announced that stage 2, where load shedding will be scheduled for six times over four days for two hours at a time, will continue until further notice.

Smaller businesses often cannot afford alternative solutions like generators, inverters, or solar power like giant corporations. According to . Co. Za, there is no internet connectivity when the power is out. Therefore people resort to using mobile data, which can be extremely costly when used regularly.

Additionally, the disruption to business operations, such as increased theft and crime as alarm systems are rendered useless, can be crippling to a business’s productivity and overall revenue. In September 2022, statsSA reported that South Africa’s gross domestic product decreased by 0.7% in the second quarter of 2022, which was primarily attributed to load shedding. As reported in Business Tech, The Bureau of Economic Research has predicted that it will have a similar effect on GDP this quarter.

SME owners are doing their best to stay one step ahead of the South African power crisis. Innovative funding measures such as asset finance loans or the leasing of solar power systems can be practical measures to mitigate load shedding for SMEs as they can help businesses to utilize other sources of power while staying afloat in their finances. Though the use of solar is one of the most common load-shedding mitigation alternatives, its outlay can be a bit expensive, which is why SMEs need funding to access such.

Load shedding has affected not only operations and productivity but also security and stock losses SME South Africa on 12 August 2022 noted that load shedding has made SMEs lose several productive business hours. Small businesses often cannot service their clients or deliver goods on time due to the load shedding. There is also consequential damage to machinery and other equipment due to the power surges that arise when power is restored. These events increase maintenance and repair costs which ultimately affects business cash flow and incapacitates the SMEs and their profitability by stunting their revenue.

SME South Africa also says that ATMs and credit cards won't work during load shedding, and businesses are forced to accept only cash. Since ATMs are not accessible during power cuts, merchants will not have the money to stock up on what is in demand, which is where funding for these business operations becomes essential.

Even though there is no specific funding, key considerations to managing cash flow still need to be made. This includes working the debtors' and creditors' cycles differently, accessing cash for unpaid invoices through invoice discounting, and obtaining a revolving credit line or overdraft to run operations.

Another standard load-shedding mitigation measure that can be funded is inventory finance, where merchants, due to the demand, stock up inventory to sell backup power mechanisms such as power banks, gas stoves, battery-powered lights, and even solar-powered lights.

According to SME South Africa, communication is also affected during load shedding because cellphone networks cannot provide a signal when power outages occur. This means most people are unable to get access to specific businesses, and businesses are unable to offer their services to people in need, ultimately leading to a cut in revenue as well.

SMEs require different kinds of funding based on their specific needs during the power crisis. SMEs might need to pay operating costs or finance new machinery and equipment to help remedy the situation. SMEs need a funding structure that covers funding for operations, which manages cash flow and encourages growth. This will ensure that small businesses do not close and that they can continue with their operations without risking bankruptcy.

Businesses are affected in several ways, like perishables rotting which increases the amount of wastage, damage to electrical equipment, services being disrupted, and so forth. It is estimated that load shedding can cost South Africa over four billion a day which can be severe for small businesses. Some businesses still have to pay their workers for the non-working hours during load shedding, further increasing the loss of companies.

Businesstech has identified a few companies that are launching funding platforms that are meant to help small businesses with funding for their businesses. Small and medium enterprises need to finance their assets to curb losses during this load-shedding period, and these funding platforms are advantageous for them. These opportunities to get funding can help SMEs with their core business needs and save them from loss and frustration.

South Africa Now Has A Voice On The World