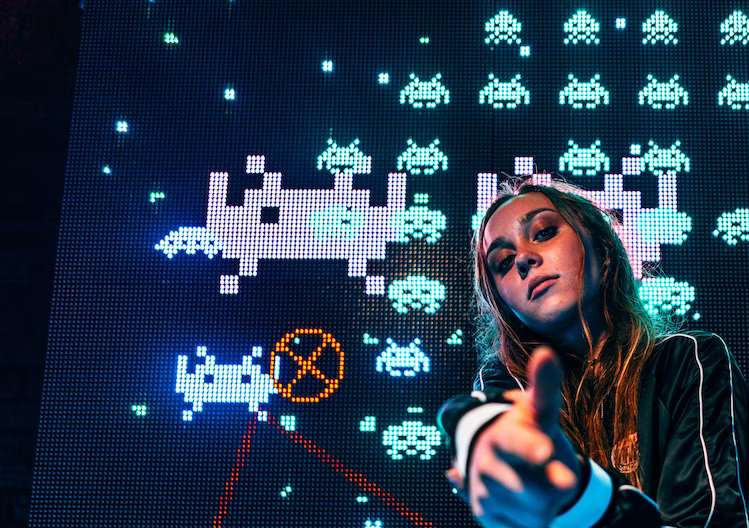 After decades of video games labeled as “boy toys,” women still face resistance in the gaming world. But research indicates that females are taking over the controls.

In Latin America, the gaming market has a turnover of more than US$ 130 billion annually. The industry created many opportunities and products for all audiences.

Electronic games for consoles and PCs have become increasingly popular — especially for women.

A survey commissioned by the Brazil Game Show (BGS) revealed that a quarter of Brazilians over 12 play video games. 47% of them are women.

Such a result may seem strange to the gamer audience. Some claim to find more male users than female ones on multiplayer platforms, for example. There are several reasons why gamers have this perception.

Access to platforms such as PlayStation and Xbox has been difficult for females since childhood.

Family support is essential for children to pursue their interests. But contact with video games wasn’t — and still isn’t — as encouraged for girls as it is for boys.

After all, the virtual gaming environment can be very toxic for women. A survey by the Ohio State University asked 293 girls who played an average of 22 hours a week about this issue. The results are alarming.

All respondents (100%) affirmed that they had experienced harassment during gameplay. This includes sexual proposals, cursing, and even allusions to rape.

Sexist comments such as “go wash the dishes” and “go back to the kitchen” are also used to assault female players. It’s not surprising that a large part of the female audience abandons online games.

But the games themselves also have a structural problem. One that isn’t related to player behavior.

The possibility of having different, moldable identities and assuming several roles may be one of the most fantastic attractions of the gaming world. Yet when it comes to female characters, the options are still scarce.

Represented by stereotypes, women characters in games are either the strong and sexualized heroine or the naive and defenseless young girl. They wear short, tight clothes to showcase thin bodies, large breasts, and big buttocks.

The same unattainable personality and beauty stereotype is commonly reproduced in non-virtual society. Many female players don’t identify with the available characters.

With the growth of female participation in the gaming world, the scenario finally has the potential to change and become more inclusive.

The number of women who define themselves as gamers has never been more significant. Female participation also grew in the professional market through eSports competitions and streamings.

Games are starting to change their content proposals and contribute to gender equality. New looks and backstories are building heroines full of power and energy that contradict stereotypes.

Companies will tend to listen to the female audience when making strategic decisions about their products in the future. For those who sell or develop games and related equipment, including women could not be better news. Their presence is about to grow further.

Waking Up from the Neon Dream: Looking Back on Cyberpunk 2077