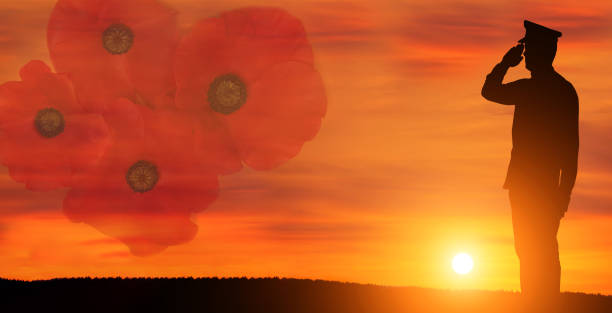 Today marks the 104th anniversary of Remembrance Day, celebrated on 11 November yearly in respect of the First World War.

This is commemorated across the world to remember those brave soldiers who fought and died in the war.

When people think of WW1 soldiers, they rarely think of the soldiers from overseas, forgetting that many countries came together to fight.

In fact there were over one million Indian troops who fought for the British in WW1.

Over 74,000 Indian soldiers lost their lives in that war. These soldiers were sons, fathers, brothers, uncles, nephews, cousins of people overseas.

They fought bravely in unfamiliar, cold and harsh conditions that they were not used to and in the end, they have little acknowledgement and pride for this.

In a BBC article about Why the Indian Soldiers of WW1 were forgotten, it was written that “the role and sacrifices of Australians, New Zealanders, Canadians and South Africans have been celebrated for some time in books and novels, and even rendered immortal on celluloid in award-winning films like Gallipoli. Of the 1.3 million Indian troops who served in the conflict, however, you hear very little.”

Why has their heroism, bravery and wounds been forgotten and wiped out of history lessons?

The article goes on to explain that in Europe, Indian soldiers were among the first victims who suffered the horrors of the trenches. They were killed in droves before the war was into its second year and bore the brunt of many a German offensive.

“The most painful experiences were those of soldiers fighting in the trenches of Europe. Letters sent by Indian soldiers in France and Belgium to their family members in their villages back home speak an evocative language of cultural dislocation and tragedy.”

They'd written the following: “The shells are pouring like rain in the monsoon," and "The corpses cover the country, like sheaves of harvested corn.”

When the surviving soldiers returned home, they weren’t celebrated by India as they were seen as fighting for the British Empire who were oppressing their people.

They weren’t fighting for their own country.

The article explains that the British raised men and money from India, as well as large supplies of food, cash and ammunition, collected both by British taxation of Indians and from the nominally autonomous princely states. In return, the British had insincerely promised to deliver progressive self-rule to India at the end of the war.

It’s possible that if they had kept the promise, the lives lost, wounded and sacrificed of India’s soldiers might have been viewed by their villages as contributing to India’s freedom.

The British however, didn’t keep to their word. Making all that was fought for, a forgotten abyss.

Instead India faced high taxation and inflation to support the war and this happened whilst the country was facing an influenza epidemic, wiping many lives in a blink.

The article continues to explain that instead of self-government, the British imposed the Rowlatt Act, which “vested the Viceroy's government with extraordinary powers to quell "sedition" against the Empire by silencing and censoring the press, detaining political activists without trial, and arresting without a warrant any individuals suspected of treason against the Empire.”

Any public protests were hushed viciously. An example was the Jallianwallah Bagh massacre of 1919. In Amritsar, troops were ordered by General Reginald Dyer to fire without warning on 15,000 innocent men, women and children, killing most and wounding a fraction.

“The fact that Dyer was hailed as a hero by the British, who raised a handsome purse to reward him for his deed, marked the final rupture between British imperialism and its Indian subjects.”

There's a story of a relative at the time in Punjab, who publicly protested about the wrongs of the British Empire. He had to flee to Uttar Pradesh and hide to be safe after speaking out.

Despite what their soldiers had faced, the people of India felt ashamed of their soldiers' participation in a foreign war and hence saw nothing to commemorate.

However, in 1931, the British commemorated the war by constructing the popular and frequently visited India Gate in New Delhi.

The BBC article explains that The Commonwealth War Graves Commission maintains war cemeteries in India, mostly commemorating the Second World War rather than the First.

“The most famous epitaph is inscribed at the Kohima War Cemetery in North-East India. It reads, "When you go home, tell them of us and say/ For your tomorrow, we gave our today."

“The Indian soldiers who died in the First World War could make no such claim. They gave their "todays" for someone else's "yesterdays." They left behind orphans, but history has orphaned them as well. As Imperialism has bitten the dust, it is recalled increasingly for its repression and racism, and its soldiers, when not reviled, are largely regarded as having served an unworthy cause.”

These men were fulfilling their duty, and their role in society.

Life and death don't discriminate within race and culture, so why do we?

It’s essential on Remembrance Day to commemorate and remember all soldiers that fought and all those lives that were lost.

If it wasn't for them, we wouldn't be sleeping peacefully today.

Here's a poem about this; The Gift Of India by Sarojini Naidu

Is there aught you need that my hands withhold,Rich gifts of raiment or grain or gold?Lo! I have flung to the East and WestPriceless treasures torn from my breast,And yielded the sons of my stricken wombTo the drum-beats of duty, the sabres of doom.

Gathered like pearls in their alien gravesSilent they sleep by the Persian waves,Scattered like shells on Egyptian sands,They lie with pale brows and brave, broken hands,They are strewn like blossoms mown down by chanceOn the blood-brown meadows of Flanders and France.

Can ye measure the grief of the tears I weepOr compass the woe of the watch I keep?Or the pride that thrills thro’ my heart’s despairAnd the hope that comforts the anguish of prayer?And the far sad glorious vision I seeOf the torn red banners of Victory?

When the terror and tumult of hate shall ceaseAnd life be refashioned on anvils of peace,And your love shall offer memorial thanksTo the comrades who fought in your dauntless ranks,And you honour the deeds of the deathless onesRemember the blood of thy martyred sons!

A section from the poem Exposure written by the much-loved poet and soldier Wilfred Owen.

Tonight, this frost will fasten on this mud and us,
Shrivelling many hands, and puckering foreheads crisp.
The burying-party, picks and shovels in shaking grasp,
Pause over half-known faces. All their eyes are ice,
But nothing happens.