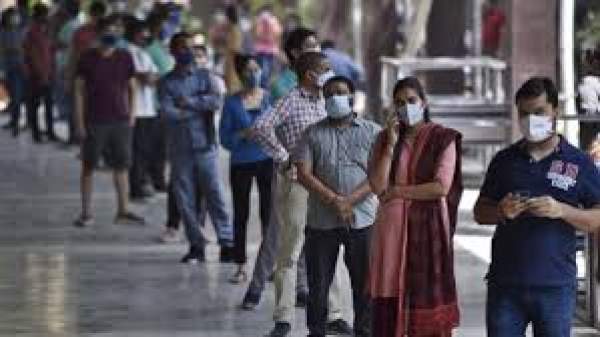 Changing weathers on curbing the second wave has put the Indian healthcare and personnel to serious exhaustion. Ever since and before the caseload resurgence, the prize-winner vaccines of Indian soil 'Covaxin' and 'Covishield' had a successful international promotion with a promising potency, as compared to other countries being in a trial stage. Dozens and dozens of doses were being shipped off overseas to 'assist' hard-hit countries, potentially forming a give-take predicament with them. While the build-up for the re-explosion was in the works, the real efficacy of vaccines started shedding its true colours. Even with the symptomatic healing of fever and weakness, there were major exceptions, on transcendent positive transmission among people. Some being critically ill, and the worst of the side effects – succumb.

As caseload rose sporadically, the first instinct to saving was to amp up the vaccination drive. The Centre, on the other hand, was blatantly oblivious of the resurgence and continued to rampage opposition on Twitter warfare and election campaigning. Three-word chanting ' Test, Quarantine, Vaccinate', the only formula to bring the outbreak under control. Somehow, the whole wide public didn't come in its quicker senses to comprehend the collective infliction that is on the wake. Masks ditched and public gatherings constant at large amounts. Circumstances took a bad shape when the pinnacle got a spiky tip. The numbers rushed to the charts and death rates kept piling up. Within the fractions of the hours, hospitals and treatment centres blew up with massive patient occupancy. Hospitals started reporting severe bed scarcity and patient swamp. The severity of the situation wore a fatal mask.

The efficacy of the vaccines was speaking volumes. Health experts were crying from the bottom of their chests not to get vaccinated as the effectiveness reached merely halfway. And the magical wand of the Centre to push vaccine authorization finally happened and by December 2020, people aged above 50 got their bloodstreams infused with immunity boosters contained in glass vials. The month period was far and wide golden when in March, the miseducation of vaccinators took its tolls. Behind the amounts of people getting vaccinated, there was a good amount of dosage being dumped into the trash. The Centre slapped the vaccination consumption survey data, a striking average of 1.7% doses was being unused and useless at the end of the day, across the nation. Tamil Nadu topping the list, ascending Maharashtra, UP, Bihar and Chhatisgarh, the big states with a big waste.

As per the vaccine dosage strategy, a single Covid-19 dose vial vaccinates 10 people. Since the vaccination drive was still in a fresh environment, it resulted in a mediocre rush in the hospitals and vaccination centres. The vial which anticipated 10 shots, observed just 6. It comes to a clear inference, that the vaccination dose has a limited window and after remaining open for longer hours, remains just an amalgamated liquid. The vaccination policy was an eleventh-hour conjuncture, having no guidelines for vaccination processes, accounted to lapse in vaccination planning. Vaccination centres and hospital staff consisted of ill-trained vaccinators and an overall mismanaged vaccination campaign. The effects of the lousy vaccination campaign is a completely different spotlight to hit on, as primarily it involves a deeper conversation. The vaccine wastage added an enormous burden to the later days of the extreme outbreak.

The vaccine wastage saw two poles, the obvious vaccine wastage and the negative vaccine wastage. There were cases where there were 11 doses delivered as opposed to 10, maximising the vial usage to drag down the vaccination wastage numbers in negatives. The absolute loophole in the vaccination drive was the flagrant lack of awareness about the in the rural areas. Unlike urban areas, the rural crowd is severely inept of an internet connection and the ability to get themselves registered. People had to walk -in the vaccination centre and get registered and wait for prolonged hours for their turn, or return home only to slog through the process again. The internet cafes in the area also run in a disappointed fashion barring them to be part of the vaccination drive. And considering the healthcare infrastructure in rural areas, an easy factor to consider why exactly are mounting cases belonging to the rural areas. Unawareness of the vaccination drive is not the only factor making them unarmed for the virus battle, the body slump on river banks, medication unavailability, and late to slumber awakening.

But with the excessive wastage of vaccines in major states, the nightmare fell in the lap too soon. Vaccinators were keeping close count on the vaccination stock, as it was only to last for 2-3 weeks, and the vaccination crisis ran parallel with the hospital bed and vaccine crisis. Critical patients pursued endless medications and oxygen therapy, along with dependent consumption of Remdisivir. In the other paradigm, lack of vaccines compelled the government to hike up the vaccine prices in private hospitals, and kick-started the second phase of the vaccination drive, for people aged above 45 from April. This didn't stop the vaccination registration and gave the urban people the liberty to hawk in city outskirts to rush in the local vaccination centres in neighbouring towns.

Problems never settle when chaos is king, as the complete mismanagement project catalyzed people's agitation of vaccinating people of all age groups because Covid-19 wasn't ushering in people's lungs with due permission of age. The vaccines made in Indian labs must be first allocated in Indian states, and later to designated countries. The government, in a swift-creeper manner, announced a third phase aged 18-44 from May 1, setting grounds for a new explosion of consequences. Something extremely pressing and significant which every operating department and the Centre isn't noticing is the migrant labourers. There are an estimated 140 million migrant labourers in the country and they must be the No.1 priority for vaccination, according to the International Ministry of Migration and Development, in Trivandrum, Kerala. There is a tendency to scrutinize the labourers as prime carriers of the virus, whereas, the virus has spared none. The various beliefs of the migrant labourers is also a flexible factor-in. Many of them don't go to hospitals or treatment centres to get tested, fearing getting tested positive and being quarantined thereafter. Some of them don't believe in the phenomenon of the pandemic, it's rumoured and fabricated to them. According to them, the only thing that will save them is God.

One of the many reasons, India didn't flare up in its promises because of the unwavering delusion of ending the pandemic from the root. For a year, Moderna and Pfizer were in production with excellent efficient ratings. While the whole world was getting their stocks to the brim by importing foreign vaccines, India fell behind by miles to achieve what should have been first on the plate to finish. With practising politics of nonsense and other painful aspirations to lead in the drain or accomplish a perfect contempt democratic, the bearded PM Modi went on being a celebratory global media pinata. Our tables were empty because we took too long to realize what it stands today. And with the overhauling virtue of extending intervals in vaccination doses, is what is claimed to be very effective, is not a good move. Whether it is 4 weeks or 16 weeks, the second dose is not going to display variable side effects. It is just a brilliant strategy to hold back vaccines from getting exhausted, clearly explaining the epidemic of the jab crisis in the country. The UK brought their death rates to a record zero, we can do it too, if the Centre clenches their wrists a bit tight.

One nation, One people, One Price Tag