7th pay gives the experience of the cloud nine 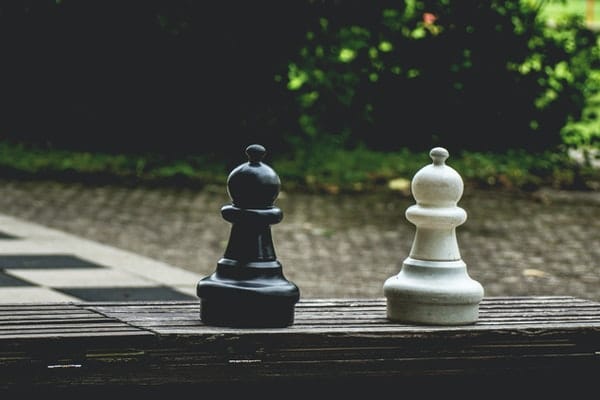 Schools of philosophy teach freedom and servitude. Announcements regarding hikes in DA and DR trigger the conflict between job and business.

Buildings filled with happiness can be constructed only after understanding the texture of bricks used to make them. After hearing the announcement employees must be on cloud nine. That means the fundamental brick of this structure is cloud nine, a state of ecstatic delight. In the 1950's US Weather Bureau denoted that this type of cloud is fleecy and engaging. Another meaning of this concept is that this stage comes under the process of attaining wisdom when one reaches Bodhisattva.

This entire incident is about the employees with jobs and security of monthly income. Job is the symbol of slavery. On 14th July, PM Narendra Modi announced the hike (Seventh pay, or 7th pay) and led to the initial section of the title of this piece. If we try to begin from basics, then it is the Commission established by the Indian government in 1947. It additionally advocates fluctuations in the salary composition of representatives. These excursions were pending and got postponed at certain times from January 1. 2020 to July 1, 2020, to January 1, 2021. As per the Press Information Bureau's tweet, "Cabinet approves restoring of three installments of Dearness Allowance and Dearness Relief with effect from 01.07.2021 representing an increase of 11% over the existing rate of 17% of the Basic Pay/Pension. No arrears for the period from 01.01.2020 till 30.06.2021 shall be paid."

The two augmented things are Dearness Allowances and Dearness relief. What does this term mean? The government provides DA to the staff and pensioners to counterbalance the concussion of inflation. DR is like a doctor for pensioners as it gives relief. It has been allotted to pensioners to neutralize them for the decline in the currency due to a surge in the expense of possession.

The Central government, after almost a year, has approved the hikes. They were outstanding as coronavirus had dented its wealth. The boost in the DA and DR will inflict a supplementary annual burden of ₹34,401 crores. This is not a huge amount for the government as citizens are pleased after hearing this announcement. A mere increase of 2000 or 4000 rupees in someone's salary can help him develop a standard of living. This declaration will be helpful to 48.34 lakh central employees and 65.26 lakh pensioners, as per Thakur.

This is about employees doing the job and their salaries. But if we dig out the conflict, we understand the approach of people towards job and business. But why is a job considered modern slavery? Various articles declare that people earning crores are just corporate slaves. Why is freedom so important? Why can't we understand the security of a salary? The fixed assurance given by salary can't be attained through the profits of the business. In this deadly lockdown, only those with government jobs were joyous. Those who were in search of freedom (business) hunted for money and jobs. Daily wage workers also suffered a lot. Deaths of workers destined to be on the road while walking out of depression.

Freedom and slavery constitutes two sides of the same coin. It is going to cross the level of unpredictability now. Vedanta philosophy is one of the six schools. Indian civilization is blessed with various approaches to accomplish reality. These schools are Vaishesika, Nyaya, Samkhya, Yoga, Purva Mimansa, and Vedanta or Uttara Mimansa. If we try to study Vedanta and the types of Vedanta briefly, then we will understand the two sides. Vedanta, the name suggests the end of Vedas. Vedanta has various subtypes-

Analogy explained by Swami Bhaskarananda explains freedom as per the teachings of Advaita. We can compare the mind to water. States of water are solid, liquid, and gaseous. Ice is the name given to the solid form of water. In the liquid form, it is water. In the gaseous state, water vapour. Freedom is exercised in every form. But, if we judge them, we can clearly understand that Ice has a diminutive amount of freedom. It can rarely change positions. More freedom is practiced in liquid as it spreads out. But, the water vapour enjoys gigantic freedom. It can cover the aura.

Life is like water and water vapours reach the exterior horizon of this world of time, space, and causation. Just existing is also a symbol of freedom. It can give a glimpse of what is existing beyond our capabilities. An infinite glimpse of Brahman is seen.

Aham Brahmasmi or the Mahavakyas teach us the freedom of soul. The first school talked about freedom, which can be used as a metaphor for Contemporary Freedom (Business)

Achintya Bhedabhed is the subtype of Bhedabheda. It is proposed by Chaitanya Mahaprabhu. He said, we are crystals of that infinite, and our life is meant for the service of ultimate reality. We are servants and must inculcate servitude. One more analogy that describes the inconceivable oneness, and the difference between sun and sunshine. Both are part of the same truth, but there is an enormous difference between living in rooms filled with the glare of sunshine and being in proximity to the sun. So, we can say, the Sun and Sunshine are not distinct, but as capacities, they are diverse. Let's apply the analogy to living beings and God. The Jiva is the fragment of infinite but doesn't share the qualities of an eternal expanse. Thus, there is a difference. Becoming a servant is the way to decorate our livelihood, and exercising freedom is also advised to boost our living.

This was the difference between Slavery (Job) and Freedom (Business) on the grounds of Indian philosophy. Let's not get into the depths of metaphors used for Job and Business.

The extensively pleasing news at this moment for employees is, they are going to get 28% hikes in pay pension. It will improve their standard of livelihood to some extent.