A Beginning To A Successful POCSO 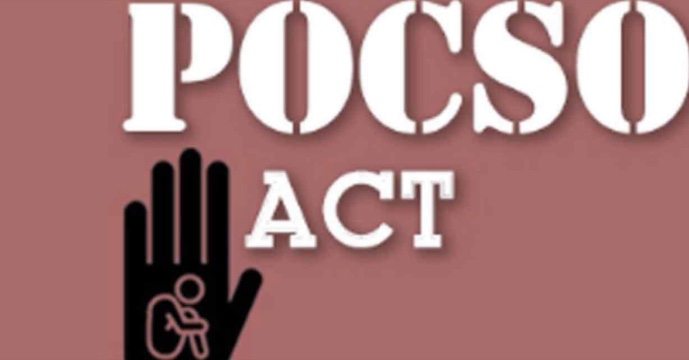 According to Republic World, the Protection of Children from Sexual Assault (POCSO) “is a law which legislated to protect children from sexual offenses such as sexual assault, sexual harassment, pornography and safeguarding the interests of the child at every stage of the judicial process by introducing a child-friendly mechanism for reporting, recording of evidence, investigation and speedy trial of offenses through special courts.” Here a child refers to any person below 18 years of age. The different forms of sexual offenses include penetrative and non-penetrative assault; even sexual harassment and pornography. POSCO had come into effect on 14th November 2012 along with the rules.

It is said to be implemented by the state governments. The State Government has to frame guidelines for the persons alongside non-governmental organizations, professionals, and experts trained with the knowledge of psychology, social work, physical health, and mental health to assist the child at the trial and pre-trial stage. The punishments under POCSO are more stringent than that under the Indian Penal Code. The POCSO act is not only applicable for sexual crimes but also to cybercrimes. It would include offenses of possessing Child Sexual Abuse Material (CSAM), using children to create CSAM or exposing children to pornography or CSAM  (The News Minute, 2021).  In such cases, POCSO may act out along with provisions of the Information Technology Act.

In November 2021, the Chief Minister of Tamil Nadu, M.K. Stalin, stated that he ensures the protection of the children like their father. Times of India mentioned, “the CM requested sexual assault survivors not to take any extreme steps. He asked them to fight to bring the preparators before the law.” He also stated that the government will give complete support to the victims and will not hesitate to act against anyone. The CM feels ashamed and sad because these cases occurred in an educated and civilized environment. Many child activists have appreciated the Chief Minister of Tamil Nadu for his efforts toward the betterment of child protection. Girl children are subject to assaults and harassment in schools. Some cases get reported, while others get covered up due to honour and fear.

In March 2022, the State government reconstituted the Tamil Nadu State Commission for Protection of Child Rights (TNSCPCR). It further states that they require ‘vibrant, dynamic and enthusiastic people in the TNSPCR as they want a protective environment for children. The child rights activist urged for reconstitution of the POCSO act with many others.

There is a steady rise in cases noticed under the POCSO Act in the state. However, there is a noticeable increase in awareness alongside the uprising in reported cases. The Chief Minister stated that this shows that the citizens have faith to come forward to file complaints. Activists have mentioned that “while awareness and reporting of cases might have steadily risen over the last decade, the journey from there till the case comes up for trial is what needs attention.” The people who are integral in such cases are - the police, the healthcare system in the form of hospitals if a child consents to an examination, and child protection bodies, including the Child Welfare Committee and the district child protection units. They are the ones who are responsible for unravelling the case.

In an interview with The Hindu, Vidya Reddy of Tulir Centre for the Prevention and Healing of Child Sexual Abuse stated, “It is not the disposal, acquittal or conviction which matters, but the process and whether it is an enabling experience for the survivors and their families. Many a time, the present way of processing these cases takes away all their agency, and the focus should be on the victims to help their family regain some control over their lives.”

Though the POCSO act ensures protection and safeguard of the victim, sometimes they are psychologically influenced and terrified during the investigation process. Some of the victims stated that they did not feel at ease at the police station, and they were not respectful. The officials were showing their superiority to the victims. Another victim’s parent was not aware of their right to refuse or consent to the examination, treatment, and collection of evidence. Ms. Nirmala Rani says, “there is a Supreme Court judgment on medical examination with the protocols prescribed, but they are often not implemented.” According to the Protection of Children from Sexual Offenses Rules, 2020, all the victims should receive a Form A, which includes their rights, who suffered the abuse. Ms. Reddy stated, “this is like the victim’s bill of rights and gives them an idea of what assistance they can seek, including legal aid, counselling, and most importantly, copies of the rim compensation. They are, however, not made aware of this form in most cases.” There are situations where there are no charge sheets filed even after six months of reporting the case.

N. Lalitha, a member of the Child Welfare Committee and the Member at the Madras High Court, says, “Since the Act came into force in 2012, we have moved from under-reporting. There is a growth in awareness of its provisions. We, however, need to relook at it, given how times have changed. One of the major solutions is spreading awareness amongst the community and various stakeholders, including the police, parents, and teachers. The victim should feel at ease and should receive respect throughout the process. The public should ensure that victims are not blamed or even judged. The victim and the family require at most psychological support, and officials should ensure it is delivered. It is crucial for the victim needs their rights before and after filing the case. People should get educated on POCSO. The awareness should not only confine to urban parts of the country but also the rural parts. The police officials should have sufficient knowledge, command, and control to take necessary steps and actions.