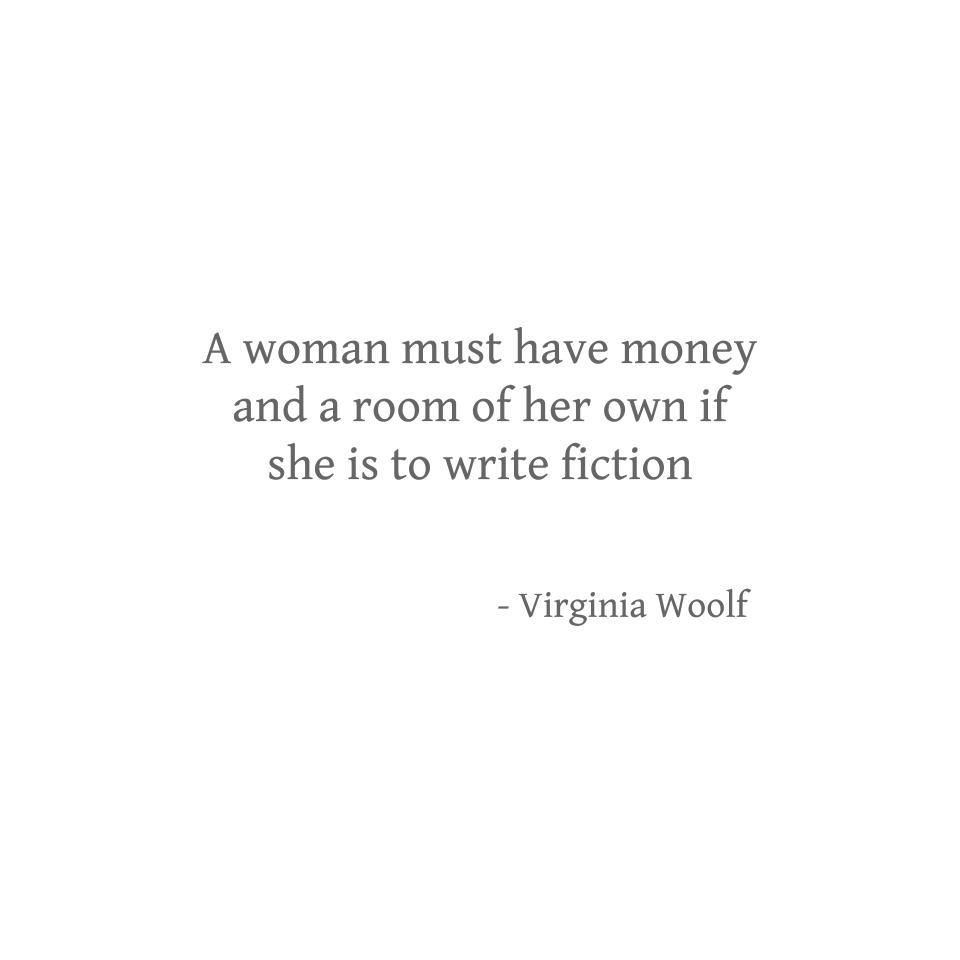 Virginia Woolf, British author and one of the mothers of feminism, is best known for her numerous novels and essays. Her fictional characters represent female characters in stark contrast to the archetypes of 19th-century female figures.

Virginia Woolf is a pivotal figure in literature and women’s emancipation both for her depiction of women characters in her works and for the economic independence she claimed for her gender in order to set a woman free from a male-shaped world.

Her extended essay “A room of one’s own,” first delivered as a set of papers read by the author to two Cambridge societies and eventually published in the form of a 6-chapter book in 1929, reflects on the situation of women from the times of Shakespeare until the author’s contemporary era. The book begins with a question: Why have there been male authors and so few if not any women? Are women lacking talent or is there something more beneath this? Her answer to this apparent dilemma is built on the construction of two metaphors: the one that gives the title to the book, the “room of one’s own” and the fictional character of Judith Shakespeare, which will be discussed later in the article.

The first metaphor in Woolf’s work : “A woman must have money and a room of one’s own if she is to write fiction.” is disruptive and liberating. This short statement sheds lights on the long history of oppression and dependence women have always been subjects to.

Jane Austen's “Pride and Prejudice” reflects the same idea of female dependence. The famous opening statement: " “It is a truth universally acknowledged that a single man in possession of a good fortune, must be in want of a wife." tackles the relation between gender and power with a tone of irony.

Woolf presents the image of a woman who can only write while sitting at her desk and by the window; an image that ran counter to the typical female image of the time. Thus, Woolf argued the thesis according to which women’s talent was absent in the literary field, which had been discussed about around intellectual circles in England, claiming that women did not have the chance to develop talents in most cases due to the lack of a private space where they could focus on their growth.

Woolf attempts to explain women’s absence in the literary scene in comparison to the male-dominant renowned authors, with the metaphor of Judith Shakespeare.

The author creates this character that finds herself an embodiment of women's struggle to achieve success on their own.

Woolf here traces a hypothesis about whether Judith Shakespeare really existed? This apparent sister of William, the English playwright, could have existed.

In the book, Woolf argues that she could have existed and could have had his same talent, which might have been overshadowed by that of the brother for sexual purposes.

It is true that nor genealogic nor scientific research support this thesis, which is constructed by Woolf just to pose an interrogative mark on the question of gender and how being a female weighted and mattered compared to being a man at Shakespeare’s times.

Yet, the author pushes the reader to a broader reflection: women’s figure as a potential talented and resourceful human being has been ignored for centuries for what Woolf considers to be relations of power and oppression, which all find their solution in the economic emancipation of women from men.

The way out from the sub-existence of woman as a second sex, quoting here ante-litteram Simone de Beauvoir, is for the author a room of one’s own and money, as duly highlighted in the first page of the book.

As the essay prophesied a hurdle to women’s economic emancipation in the 20th century, I believe it is dutiful to analyse how this has changed and developed one century later.

Today, steps ahead have been made but economic independence is still something quite hard to reach for a woman in 2022.

According to the 2020-2021 report of the United Nations Entity for Gender Equality and the Empowerment of Women (UNWomen), women are more likely to be unemployed than men , by a gap of 6.2% to 5.5%.The gender wage gap calculated in 2021 amounts to a 23% difference and globally. More than 2.7 million women are legally restricted from choosing the same jobs as men.

Another factor that Virginia Woolf raises in her book that is still influential today is the issue of unpaid domestic work. In most cases, domestic work is attributed to women and is unpaid in the same proportion of odds. As a result, there are still several women today who are tied to a job that requires physical and mental strength, for no pay, and most of the time without safety measures.

This equals the economic dependence of these unpaid domestic workers, often simply referred to as “housewives”. It also highlights the reasons why men have been considered more talented for centuries: seen as a legitimate part of a person's possession; talent is also determined by economic freedom and domestic duties.

This is what Virginia Woolf reproved one century ago, a failure of a potential equal society, and today we still see traces of it on the way to its dismantlement.