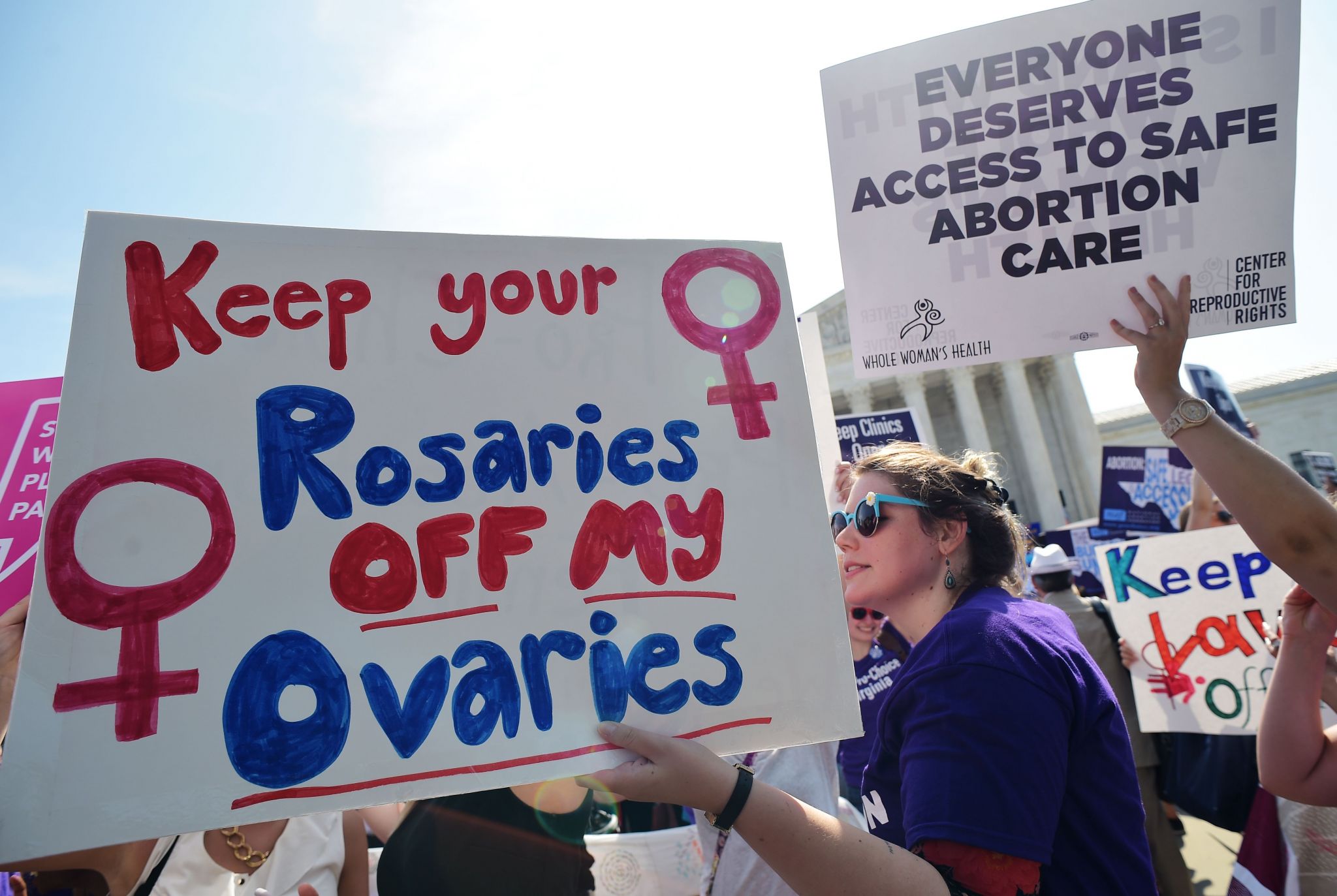 The separation of church and state came from our founding fathers to prevent the government and lawmakers from interfering with the church. The first clause in the Bill of Rights states, "Congress shall make no law respecting an establishment of religion." The first clause protects against the governmental imposition of religion. It ensures the free practice of faith without harming others. With the overturn, religious extremists and their lawmaker allies have often cited their personal religious beliefs as justification for policies that restrict abortion access and ban abortion.

It is clear the separation of church and state is digressing extremely to the point of elimination with the Supreme Court’s conservative majority and framework. The court has not upheld the first clause, threatening the independence of religion. The freedom to practice any religion is a vital principle of liberty and a constitutional right in the U.S. The Republican Party and its elected officials have had a hard time putting their personal religious beliefs aside when it comes to abortion policies.

With the reversal of Roe v. Wade, millions of Americans are being forced to accept religiously motivated abortion bans. States all over the country are not only abolishing women’s right to abortion care but also criminalizing women and the doctors who perform the procedure, all in the name of religion. The overturn has given states in the U.S. the opportunity to enact policies rooted in religious beliefs, of which thirteen states have currently banned abortion from the moment of conception.

Many pro-choice activists across the U.S. have filed lawsuits against states that have high abortion restrictions, claiming that the abortion bans are a violation of religious freedom. There are currently thirty-four active lawsuits filed against the abortion laws of 19 states. In October 2022, a lawsuit was filed in Arizona by the Arizona Medical Association and an Arizona physician, asking the court to allow abortion care to resume through 15 weeks of pregnancy. In the lawsuit, abortion providers bring to attention that the state laws are not clear and cause a lot of uncertainty about abortion. "An outdated law has been weaponized to deny women the right to abortion and force pregnancy on them," said Rebecca Chan, a staff attorney on the ACLU Reproductive Freedom Project. These states’ laws are forcing women to carry a pregnancy no matter the situation, with the reasoning being backed up by religious values.

Following the overturn of Roe v. Wade, fifteen states with new or forthcoming restrictions on abortion do not permit exceptions for rape or incest, as it is the religious belief that the child is a "creation of God" no matter the gruesome circumstances. Georgia, Idaho, Mississippi, North Dakota, South Carolina, Utah, and Wyoming are the seven states that explicitly allow abortions in cases of rape.

Alabama’s Governor, Kay Ivey, signed into law a total abortion ban, meaning there will be no exceptions for pregnancies that are the result of rape or incest. The law would also send doctors who perform abortions to prison for up to 99 years. After Ivey signed the bill, she said, "This legislation stands as a powerful testament to Alabamians’ deeply held belief that every life is precious and that every life is a sacred gift from God." This statement in itself implies that every citizen in Alabama has the same perspective on abortion and, not only that, the same religious beliefs. Alabama’s Senator Clyde Chambliss, who was one of the twenty-five men who voted for the abortion ban, also made a similar statement. He used religion as justification for this law, stating, "I believe that if we terminate the life of an unborn child, we are putting ourselves in God’s place."

Missouri legislators shortly followed Ivey's signing of the Alabama bill and passed their own restrictive abortion bill. Missouri has banned abortions before many women even know that they’re pregnant. Holly Rehder, again using religious justification to ban abortion, states, "How can someone look at a child of rape or incest and care for them? I can say how we can do that. We can do that with the love of God." Religion is being used as legal justification for forcing women, no matter their age, to carry a child from rape and/or incest.

Abortion laws are highly rooted in the theologically based belief that fetuses are considered human at conception and that for many religions abortion is considered a sin. The nation’s largest religious denomination, the Roman Catholic Church, opposes abortion in all circumstances. The second-largest church, the Southern Baptist Convention, is also against abortion but makes exceptions in cases where the mother’s life is in danger. The Church of Jesus Christ of Latter-day Saints and the Assemblies of God religious groups are also against abortion, with few or no exceptions. Opposing the debate, many religious groups, including the United Church of Christ, the Unitarian Universalist Association, and Reform and Conservative Judaism, are for a woman’s right to abortion. Other religious groups believe there are limits to when a woman can terminate her pregnancy. Although religious institutions have clearly stated policies on abortion, many church members do not always agree. For example, it is estimated that around 48% of U.S. Catholics support abortion care and believe it should be legal, in spite of the Catholic Church’s opposition.

In order to uphold religious freedom in the U.S. and protect the separation of church and state, policies and laws implemented cannot have religious justifications. Without a clear separation, millions of people will lose the right to choose what happens to their own bodies. The First Amendment gives everyone the right to debate when life begins, but debates like this cannot be in the legislature or the courts if society is unable to foster religious freedom for all.