AN ASSESSMENT OF DELHI'S ROADS 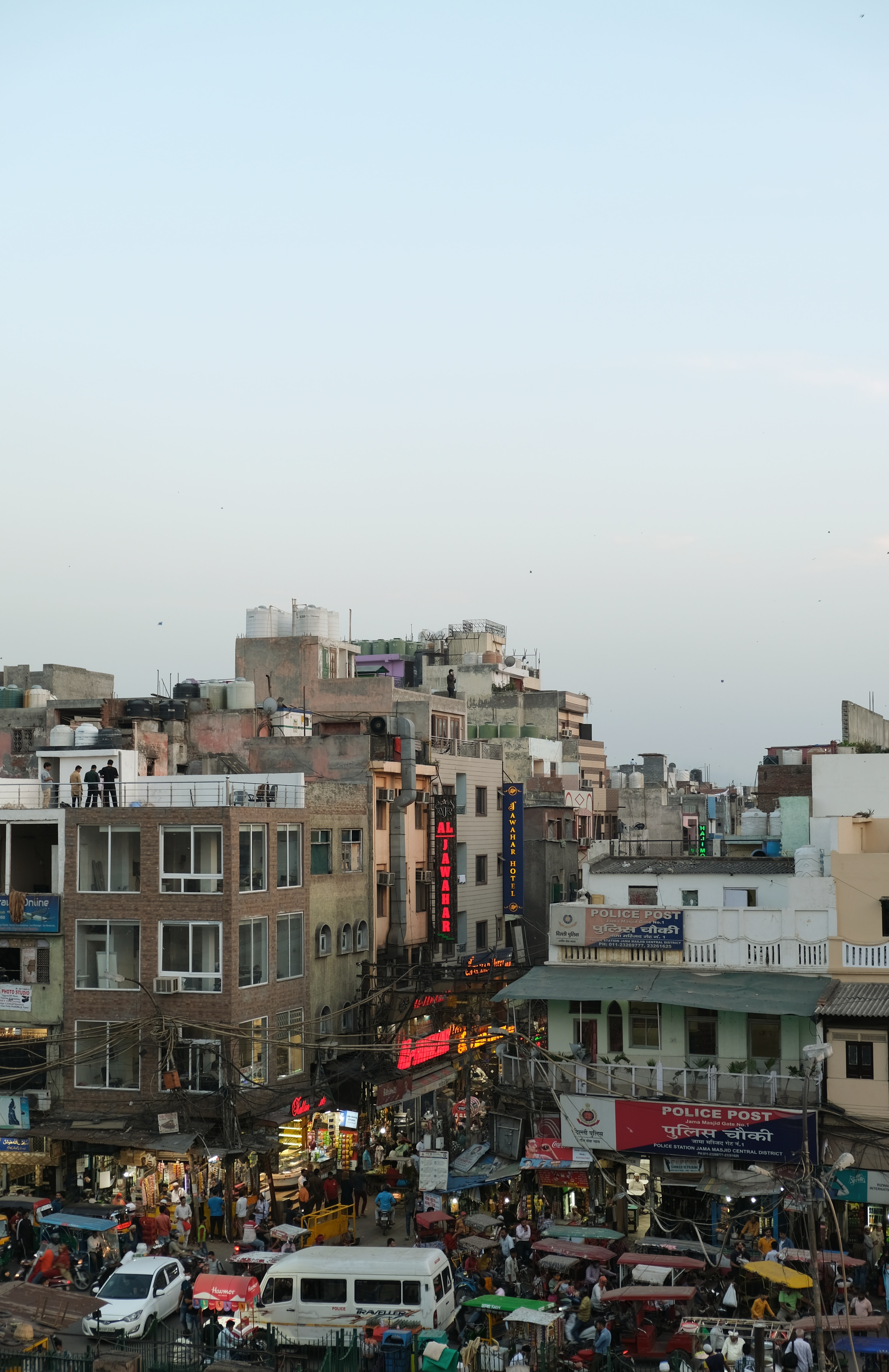 Delhi, also known as the city of rallies, the food capital of Asia and the fashion capital of India, continues to be a dream residence for many. It has been a cultural centre and the apple of the eye for the rulers and the invaders alike since ancient times. Recouting the words of Mir Taqir 'Mir', a nostalgic description of the city would go as follows:

The angels would come from heaven for shopping.... So abundant were the shops of Delhi.... The denizens of heaven would desire to live... In Delhi, whose houses were far better than even the places of heaven.

But how much of the prestige has the city managed to retain is a question to be explored. Initially it grew up as a planned fortification of the Rajputs (Tomars), then of the Delhi Sultans and when Mughals came, it became a symbol of grandeur and wealth. The city had planned spaces and accomodations, tempting people from nearby areas to immigrate. With this influx, which began in the Mughal era and continues till now, the city expanded. However, it is apparent that the increase in population significantly exceeded the increase in area and this is where the complications arose.

The inrush of people brought with it a crisis for area which was managed well by Britishers in the Lutyen's Delhi, but Shahjahanabad, now known as Old Delhi, had to bear the upheaval. The middle 20th century witnessed the begining of a steady increase in population density which accompanied by technological advancement led to a rise in numbers of vehicles tracing the roads of the national capital. This rise has become more striking in the recent years. As per the data published by Statista, there were 1.42 million private cars registered in Delhi in the year 2004. In 2019, that is 15 years later, this number increased to 3.48 million. This exponential increase is majorly caused by an increasing population and the exhaustion of the city's capacity for accomodation.

It is apparent that there exist two faces of the city. If you have been through Lutyen's Delhi, you are most likely to remember and admire the planning, the greenery and the architecture. But most of the other parts are quite different. Areas like Chandni Chowk in North Delhi, Jafrabad, Seelampur and Bhajanpura in North East Delhi, Lakshmi Nagar and Ghazipur in East Delhi, Sarojini Nagar in the south and Sadar Bazar and Palam in the south west are in stark contrast. A walk through their streets reaveals the story of ruthless encroachment of public spaces in the city.

As mentioned earlier, the number of private vehicles registered in Delhi far exceeds the number of public parking spaces available. A crucial add on factor is that a large number of houses here do not have their own parking spaces. People in Delhi seem to have found a "jugaad" (a quick and innovative solution) to tackle the issue. As part of it, the perception of public is private has camouflaged itself well into the mindsets of people, consequence of which is that traffic jams and mini accidents on roads are way too common here. Moving from one part of the city to another is seldom hassle free causing unneccesary delay.

Moreover, this has psychological impacts too. The World Happiness Report 2020 ranks Delhi 180 out of the 186 cities in terms of how positively do the inhabitants currently evaluate their lives in the city. The illegal encroachment of areas certainly is a crucial factor contributing to such low rank. When people see such crowded areas around them, it is an innate human trait to feel that one's personal space (as proposed by Edward Hall) is being trespassed. This does not have very positive impacts on the mental health of people leading to a spread of latent negativity.

Delhiites believe that there is an urgent need for a robust mechanism in place to tackle the issue of overcrowding on roads and invasion of public spaces. We talked to some inhabitants of the city and found that they themselves propose a variety of solutions which the government can take into account. The first suggestion is certainly the creation of more parking spaces so that the roads get a chance to breathe light. Another substantial recommendation is putting a halt to the rapid influx of people. This can be done by providing them enough incentives in their own areas which will prevent them from migrating into the national capital in search of better employment opportunities. Furthermore, the government can make the public transport system cheap and efficient which will minimize the need for owning private vehicles.

In order to live in a healthy and hassle free ennvironment and also to improve the city's ranking in terms of happiness of its dwellers, it is imperative for the Delhi government to invest more in planning of public utilities like transport and parking spaces. This would give Delhiites a desist from the traffic jams and customary scenes of accidents on the roads.

Photo by Ravi Sharma on Unsplash

True picture of delhi is described in the article. And suggentions given in last two paragraphs must be followed to see the change .

This article provides such honest and vivid description of "real" Delhi. Kudos!!