An San and Sexism in South Korea 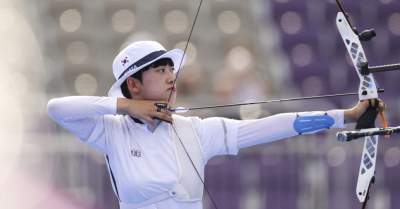 Toxic masculinity manifests itself in different ways. In the west, it demands that men don’t cry and don’t express their emotions. It asks them to be tough to show the woman her place. The same is there in India, along with other ideas if women are going out late at night or wearing short dresses, then a man can do whatever he wants. The woman is responsible for it. In both cases, feminine things like wearing makeup or skirts are a big no for toxic masculine men. In Korea, however, it is a bit different.

South Korean men usually wear makeup and style their hair with different hair colors. They wear skirts, sometimes as a fashion accessory. But the moment a woman behaves a little like a man, toxic masculine men draw the line. They start to mobilize and send hate across. They hate feminism and couple the ideology with misandry. If celebrities behave like men, they are instantly deemed feminist and therefore against men.

This issue was brought to light recently because of An San. She is a 20-year-old female archer who won three gold medals in the 2021 Olympics. When she first participated in the event, people saw an excellent display of archery. But the toxic masculine group in South Korea saw her short hair. She was immediately declared to be a feminist. By 28th July, they flooded the bulletin board of Archers Association with comments about her appearance and demanded the two medals she earned at the time be taken away.

An San’s short hair is not linked to feminism in any way. In 2018 there was a movement called Cut the Corset, where women cut their hair short to defy beauty standards. This time, the An San controversy sparked a similar campaign on Twitter called #women_shortcut_campaign. Women used this hashtag to flaunt their short hair. Some women posted pictures of them before and after cutting their hair. Since 2015, men in South Korea are supporting the right-wing in large numbers because of their anti-feminist thoughts. The younger Korean men are more right-wing than other demographics. The recent elections saw 72% of men in their 20s and 30s voted for the People Power Party, which is a conservative party. The party leader Lee Jun Seok has associated feminism with terrorism.

What fuels these men is the idea of reverse sexism. They believe that women are occupying spaces they should be having. Recently, unemployment has increased in South Korea, and so has feminism. Since 2015, the feminist movement has gained traction. Women are increasingly demanding equal pay. The pay gap has increased from 34.6% to 37.1% within a span of one year (2018-2019). They are also pointing out towards increased sexual assault cases. According to the men who oppose feminism, sees it as promoting preferential treatment for women. As for the wage gap, they think that women are not putting in enough effort to earn more. Historically women had to often not only work harder to assert their presence in the workplace but also work hard at home.

Korean men have linked feminism to misandry, mainly because of two online forums - Megalia and Womad. Megalia was created back in the late 2000s in response to derogatory comments made by men towards women out of misogyny. The website allows for women to be derogatory towards men in a similar way. Womad is a website where women admit to crimes against men. Womad makes it clear that they are not feminists. Yet, Korean men think of it as a product of feminism. As a result, there is a stigma attached to the word. Korean women steer clear from calling themselves, feminists. They would associate themselves with the term equalist, which means they strive for equality in society irrespective of gender. But the upliftment of women in terms of wages and sexual assault justice would bring this equality. Korean women recognize this but would not acknowledge it.

K-pop idol Naeun from Apink posted the words “Girls can do anything” back in 2018. She received a lot of backlashes because people thought she was making a feminist statement. Her agency put out a statement saying that she is not a feminist. She was only quoting the tagline of a brand she endorses. Naeun also took down the post and apologized for her remark.

Recently, there is a “blacklist” doing the rounds online. It contains names of all the celebrities who have claimed to be feminists or supported feminist activities in the past. The list is made to deter people from becoming their fans and engaging in their content. Such things contribute to the stigma surrounding feminism.

An San stated that she does not want to talk about anything except sports, and rightly so. She bagged not one but three Olympic medals in a single year. Athletes work hard for their entire lives in hopes of winning a single gold medal. She won three. And questions regarding ideology or an athlete is normally not asked in press interviews. It is all about the game and how the athlete performed.

Such incidents do not work in isolation. Media outlets milked the controversy by putting up headlines based on mere allegations made by online communities. The outlets did not objectively report the incident. They chose to play in with the controversial elements to capitalize on them. The National Union of Media Workers condemned this kind of reporting and called it unethical. They asked journalists to delete articles that spread rumors about An San.

Although she never claimed to be a feminist, An San’s past has been dug up to speculate her stance. Two Instagram stories stood out in particular. One used the term ung eung ang, which resembles the sound of someone mumbling. The other had the term 5.5 trillion, which is a number used to exaggerate. Both are popular slang terms. But both were assumed to have misandrist undertones. To add to the speculation, she attends a women’s college in South Korea. Coupled with the idea that women get preferential treatment due to feminism, women’s colleges are directly associated with the term.

Despite the notion of toxic masculinity being a little different in South Korea, it punches down on women all the same. With problems like unemployment, for which the government is responsible, women are blamed. Sexual assault is not addressed adequately. Known rapists and sexual assaulters are roaming free after spending barely 3-5 years in jail. What Korea needs is not the repression of feminism. Instead, the rise of it.