Anxious Service Providers and Recurrent Protests: Must Ride-Hailing Apps Like Uber Offer More To Their Drivers? 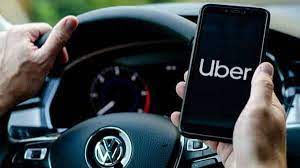 Ride-hailing apps like Uber and Ola have situated themselves as platforms offering drivers an opportunity to earn a living with algorithmic assistance that uses their location and data to fetch rides. Previously, independent taxi drivers were required to find their own customers. Uber and Ola enabled their contractors to serve a wider geographic area.

However, despite the pros, the drivers affiliated with these apps have discovered anxiety amongst themselves over the past few years about losing agency and control. Their wages have gone down, and so have the incentives. Fuel prices have gone up, and accelerating commission requirements have gravely affected the earnings of the service providers.

Owing to the drivers' community's frustration across the globe, there have been several protests and strikes from places near and far to remind the tech giants to take the needs of their workers seriously. On October 9, 2018, Uber drivers in the UK called for a 24-hour national strike to demand a minimum wage and workers' rights. Widespread demonstrations were organized in front of Uber offices in London, Birmingham, and Nottingham.

In March of the same year, Ola and Uber drivers in India refused to work for a day. In a conversation with The Washington Post, many of these drivers revealed that the tech companies had initially promised as much as $1,500 in revenue each month, which has come down to $300. There were subsequent demonstrations in the country's capital during the pandemic years as the situation became dire for drivers who couldn't even pay the EMIs on their vehicles. The commission rates had also increased from 10% to 30% as the companies tried to crunch their own costs.

Later, driver networks in the US collectively decided to shut down services for Uber on May 8, 2019, demanding transparency and a say in the welfare policies. In India, Uber drivers have started a "no-air conditioning" campaign to make the riders aware of the issues with the app-based organization.

Surprisingly, these ride-hailing companies initially proposed a gig nature, as they were intended to be a way to earn extra money. They did not present themselves as full-time recruiters. Consequently, they attracted a vulnerable middle class to invest in cars through loans and EMIs. But as the popularity unfolded and the user base grew, things took a turn for the worse. The incentive algorithm was tweaked in a way that drivers inevitably had to invest all their time.

In the Indian subcontinent, as much as Rs. 3000 was offered as an incentive for completing 10 trips in the earliest years of Uber's introduction in the market. The scheme further evolved in a way that the same amount could be earned only if 20 trips were completed. Furthermore, additional bonuses were applicable if drivers took on long-distance journeys. At a meeting of Uber managers at its Amsterdam headquarters, a slide in a presentation read: "Make sure drivers don't end up making more than they need to stick around."

Moreover, as Naom Scheiber writes, "Uber is engaged in an extraordinary behind-the-scenes experiment in behavioural science to manipulate them in the service of its corporate growth." Such platforms use psychological inducements to indirectly influence the duration that the drivers "choose" to work for. They keep a record of the history of the drivers' responses to specific incentives and their earning goals that allow the algorithm to convince the service providers to toil harder. Keeping the nature of the back-end interference in mind, it becomes easier to understand the nuances of the anxiety that the drivers have expressed time and again through protests.

Furthermore, there have been reports of fare fluctuations and an overall opacity in how Uber's algorithm works. In the past, drivers in the UK have taken the algorithm to court, suspecting unlawful and unexplained use of personal data in calculating fares. Uber in the US recently introduced an Upfront Fares system that allegedly calculates earnings based on unspecified factors. The system is known to depend on data that keeps a track of a driver's readiness to accept the lowest fare  for a certain ride. As a result of this, the fares offered to different drivers for the same distance and time investment vary.  This has further alienated the drivers, as they cannot even predict how much they will earn by the end of the day.

Not only do the apps control what the drivers must do and how much they earn, but they reportedly use "corporate nullification" to conflate their risk-taking tendencies. Frank Pasquale and Shiva Vaidhyanathan have defined corporate nullification as a process through which corporate bodies make use of public interest in a way that nullifies administrative surveillance of any kind. They pretend that what they do is for the public's benefit but only aim at profits for themselves. In doing so, they imply that laws are not applicable or important in their context, encouraging the drivers to further extend that sentiment to breaking the rules on the road.

In that respect, while there happens to be little governmental regulation on these ride aggregating apps, whatever there is, these corporations evade it through twisted politics. In fact, Uber has called any governmental mandate of paperwork an unnecessary backward walk toward analogue systems, referring to it as a "burden". They use public support in their favour as a tool to nullify rules and escape compliance. Often, they start electronic petitions to negate regulatory interference.

Keeping in hindsight the state of the corporate workings which have conveniently kept the drivers in the dark, it is fair to assert that the drivers' concerns are relevant. As ride-collecting apps continue to exploit the gig economy, some accountability needs to be formulated on an administrative level. Given the frequent nature of the strikes and protests, the lack of action would lead to a dissatisfied and frustrated force that could potentially make rides unsafe and endanger the lives of both the drivers and consumers. Consequently, it is the need of the hour for the app-based platforms to negotiate with and satiate the providers who are central to their system rather than pushing them to the periphery.