Are Assisted Suicide and Euthanasia Ethical When Living is Worse Than Dying? 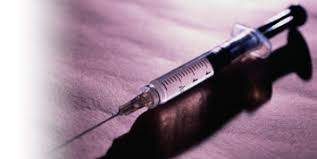 The ethical dilemma with allowing assisted suicide and euthanasia for terminally ill patients has been a long-standing debate for many years. Should a person suffering from a chronic illness be allowed to end their suffering with help from a physician or close loved one? The morality of euthanasia and assisted suicide is guided by the understanding of suffering, respect for moral autonomy, and preserving the dignity of a person who has no prospects of recovery, yet does this make mercy killing an act of compassion or just plain murder?

There is an important distinction between assisted suicide and euthanasia that must be made clear before delving into the moral aspects of the two. Assisted suicide, often also called physician-assisted suicide, is where the physician provides the patient with lethal means to end their life. Euthanasia is when the physician themself is “allowed by law to end a person’s life by a painless means, as long as the person and their family agree.” Both assisted suicide and euthanasia can only be applied if the patient no longer wants to live or if they have reached a stage in which their condition is debilitated to the point that their existence is causing more suffering than death itself.

The issue with mercy killing and assisted suicide arises when the recognition of medical advancement is made. Since medicine has become more and more sophisticated, should it be used to keep a person alive no matter what, even if there is no chance of success and prolonging the patient’s life is causing more suffering than recovery? Or should a person be allowed to die with dignity? The concept of dying with dignity can be achieved by removing the patient from life support machines and other treatments that are only prolonging the life of a terminally ill patient just barely.

Euthanasia is divided into two categories - passive and active. Passive euthanasia “is when life-sustaining treatments are withheld. The definitions are not precise. If a doctor prescribes increasing doses of strong pain-management medications, such as opioids, this may eventually be toxic for the individual. Some may argue that this is passive euthanasia. Others, however, would say this is not euthanasia, because there is no intention to take life.”

Active euthanasia is when “someone uses lethal substances or forces to end the person’s life, whether by the individual themself or somebody else. Active euthanasia is more controversial,  and it is more likely to involve religious, moral, ethical, and compassionate arguments.”

In many places, physician-assisted suicide and euthanasia are considered illegal. A common argument against the legality of PAS and euthanasia is that the autonomy of a terminally-ill person is severely diminished because of their current state of being. Feelings of depression and anxiety can overwhelm a person’s ability to make a clear and conscious decision for their own well-being.

Another argument against PAS and euthanasia revolves around the idea that suicide and assisting a suicide are two entirely distinct things. Assisted suicide to many people is still a form of homicide despite the underlying reasons for doing so.

Although some countries deem PAS and euthanasia legal, this topic is still extremely controversial. The ethical and moral components surrounding assisted suicide and euthanasia make it unclear whether or not these acts are an infringement on human life or a mercy for a suffering patient.

TRIAL BY MEDIA - A BENEFIT OR AN AFFLICTION