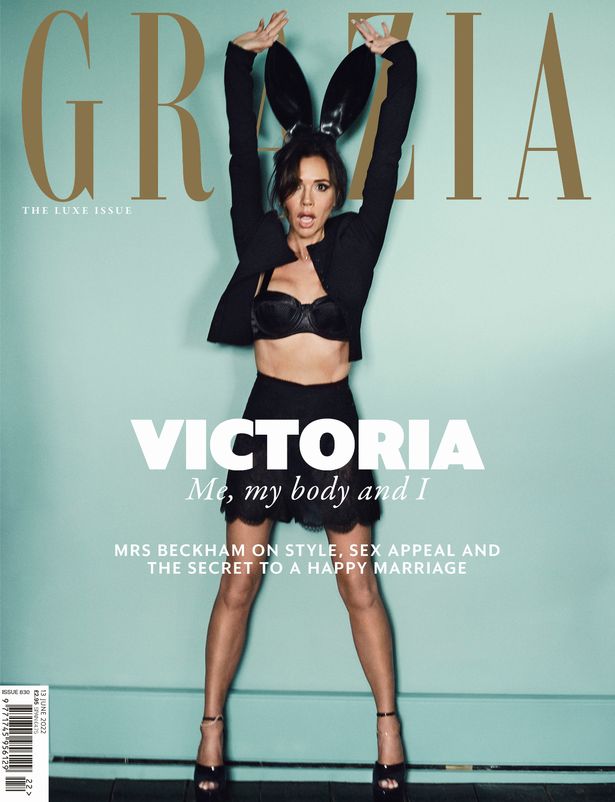 In a recent interview with Grazia magazine, Victoria Beckham has declared that wanting to be thin is “old-fashioned”. The claim follows the launch of the 48-year-old’s new shapewear brand, VB Body, which the fashion designer has said looks “better” on “curvier” body types.

The Spice Girl has speculated that nowadays women “want to have boobs – and a bum”. The notion that modern women want to embrace their curves is in stark contrast to the slender figure that Beckham has been famed for throughout her career.

Indeed, when discussing the claims on ITV’s This Morning – journalist Camilla Tominey pointed out that Beckham’s diet of “grilled fish and steamed vegetables” doesn’t portray an image of “a woman that loves her food”. While Tominey made it clear that she didn’t want to be “thin-shaming”, the columnist did refer to Beckham’s comments as “a bit rich” given her history of maintaining such a slim frame.

Speaking from her experience in Miami, Beckham revealed that she felt the women there celebrated their curves – citing that they “own” their physique and look “fantastic”. She described their attitude as “liberating” and the primary inspiration source for the new collection.

VB Body, which is priced between £90 to £650 per piece features tight-knit designs that have been“meticulously designed” to create a “flattering silhouette”.

Moving away from the skinny-model ideology, the fashion mogul believes that there is a consensus amongst women now to have a “round, curvy bottom”. However, while Victoria Beckham’s new line may be paving the way for accepting more shapely figures, the thin ideal’s impact continues to be a problematic and prevalent factor in society.

On 6 April, the government introduced its calorie-counting scheme, in which restaurant chains with more than 250 employees must display the calorific content for every meal. In a futile attempt to tackle the £6.1 billion spent by the NHS each year on obesity, the law fails to address the real problem at hand. Encouraging people to focus solely on a number provokes an unhealthy obsession with weight.

The new legislation fuels this obsession with the thin ideal, particularly for those who suffer from eating disorders. According to BEAT (the UK’s eating disorder charity), it’s estimated that 1.25 million people in the UK are battling said illnesses. Both genders are victims of the idealized body image promoted on social media. However, women are naturally disposed to desire the thin ideal, far more so than men.

So, what does the thin ideal look like? A woman with a slim physique, a tiny waist, and little body fat. For some reason, society has engrained in us that “smaller” is “better”. Yet, even when we attempt to mould our bodies to “fit” this perceived notion of beauty, we are met with criticism. If it’s not fat-shaming or thin-shaming, you’re either too “toned” or too “bulky”. The cultural emphasis placed on appearances and how women look is a topic that’s exploited time and time again.

A couple of weeks ago, Kim Kardashian stormed headlines for losing 16 pounds three weeks ahead of the Met Gala. The extreme diet was in a bid to fit into a custom-made dress, worn initially by Hollywood icon – Marilyn Monroe. Speaking to Vogue at the red-carpet event, the reality star professed:

“I would wear a sauna suit twice a day, run on the treadmill, completely cut out all sugar and all carbs, and just eat the cleanest veggies and protein. I didn’t starve myself, but I was so strict”.

While nutritionists and body-positive activists have slammed the crash diet, many have glorified the extreme weight loss – referring to Kim as a modern-day Marilyn. The socialite’s admission that she “didn’t starve herself” was undermined by a video she posted to Instagram after the event. Revealing that she hadn’t had “carbs” or “sugar” in “almost a month” – the video featured a “starving” Kim as she prepared to indulge in a selection of doughnuts and pizza.

According to experts, Kardashian’s self-proclaimed “binge” following her brief stint in Monroe’s gown promotes eating disorders such as bulimia, anorexia, and binge-eating disorder. Auckland-based, clinical psychologist Dr Victoria Thompson, specializing in these conditions, has stated that “dieting is one of the strongest predictors of eating disorders”, citing that Kim’s glamorization of such behaviours is a “major cause for concern”.

While Kim’s extreme diet has sparked controversy in the media – she is not the first to “normalize” such severe weight loss measures, and she most certainly won’t be the last. The 41-year-old’s decision to lose weight to “fit” into a specific garment is not dissimilar to an actor shifting their weight to adhere to a particular role. Scarce are the women who have not proclaimed that they want to drop a few pounds for a holiday or a wedding. Let’s face it, we all do it – just not in the admittedly niche and powerful way that Kim Kardashian does.

While wanting to lose weight for a specific event or occasion is not unhealthy, if all our reasons for making a change are dictated by external factors – we lose sight of ourselves.

There is no doubt that the body-positivity movement has made headway in challenging superficial beauty standards. According to The Fashion Spot’s Diversity Report, New York Fashion Week’s Spring/Summer, 2022 runways showcased 48 plus-size models – a vast increase from the mere six plus-size models that walked the catwalk the previous season.

While improvements have been made – it is evident that far more needs to be done to mark a progressive shift in how we think about body image.

Victoria Beckham’s claim that being thin is “outdated” can be seen as a positive step towards advocating change. However, the comments also hint at the distortion of the industry.

There is an engrained feminine urge to associate a slender frame with happiness, success, and fulfilment. Whether we realize it or not, the notion of women wanting or needing to be smaller is rooted deep within pop culture.

So, how do we tackle the thin ideal? Continue to embrace our bodies – all shapes and sizes, rather than conforming to perceived expectations.