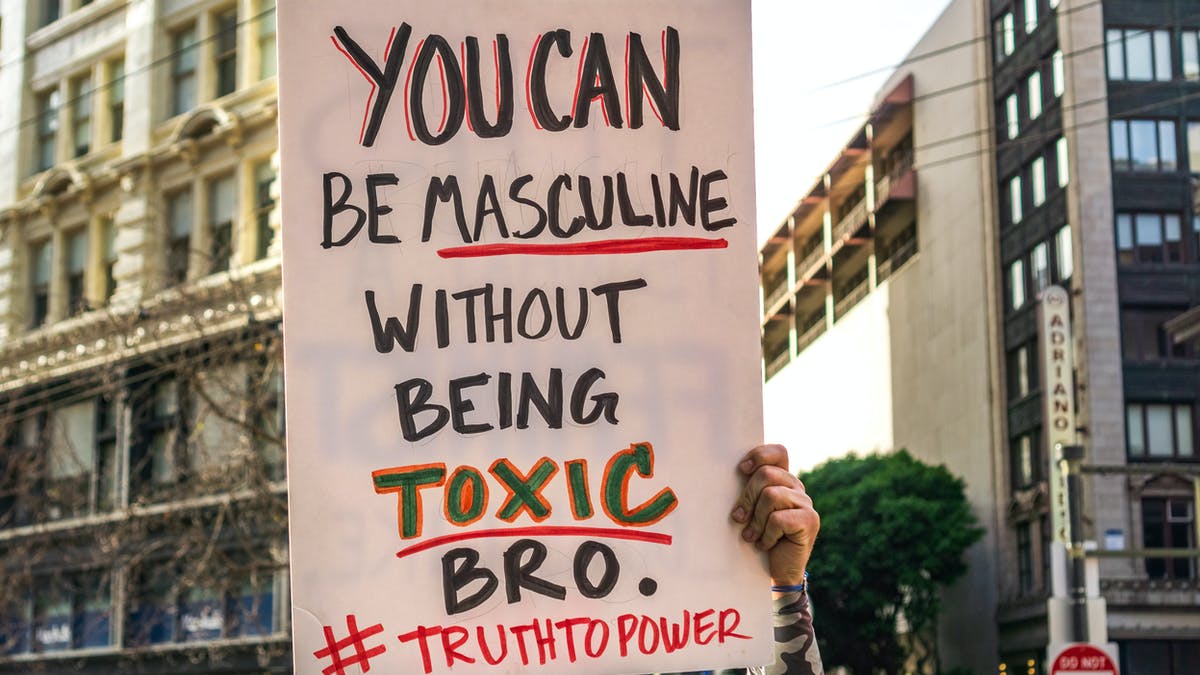 Toxic masculinity is the cultural pressure on males to act a specific way, affecting all boys and men. Toxic masculinity is the belief that people's definitions of "manliness" encourage dominance, homophobia, and aggressiveness. This concept that men must act strong and hide their feelings is damaging to their mental health and have severe societal implications, earning it the moniker "toxic masculinity."

Toxic masculinity is more than just acting like a man. Instead, it refers to the intense pressure that certain men may feel to behave dangerously. There are several definitions of "toxic masculinity" in academics and popular culture. Toxic masculinity, according to some studies, includes three main components:

❖ Toughness: The idea that males should be physically powerful, emotionally uncaring, and aggressive in their conduct.

❖ Anti-feminity: It is the belief that men should reject everything considered feminine, such as expressing emotion or receiving assistance.

❖ Power: This is the belief that men must strive for power and status (social and financial) to win respect.

Toxic masculinity awful behaviour. It's the idea that "self-care is for women". Men should operate their bodies like machines by sacrificing sleep, working out even when wounded, and pushing themselves to their physical limits. Toxic masculinity inhibits men from seeking medical help, in addition to thrusting them physically.

According to research, men with enormous masculinity views are half as likely to seek preventative health care when compared to men with moderate masculinity beliefs. Visiting a doctor for a yearly checkup, for example, goes against some men's toughness ideals.

Toxic masculinity fosters harmful behaviours in addition to delaying preventative therapy. It is shown that males who follow masculine standards are more likely to participate in unhealthy behaviour including, binge drinking, smoking, and avoiding vegetables. Furthermore, they were more inclined to regard such hazardous decisions as “normal.”

The Stigma of Mental Health

Men are often deterred from seeking mental health care because of toxic masculinity. Depression, anxiety, substance addiction, and mental health concerns are all perceived as flaws. According to a study, men who believe in conventional masculinity have an unfavourable attitude about obtaining mental health assistance than men with flexible gender attitudes.

Toxic masculinity may also instil in males the belief that it is improper for them to express their emotions. Isolation and loneliness can be exacerbated, by avoiding talks about problems or emotions. This may exacerbate feelings of isolation. It may also limit men's desire to seek treatment if they suffer from a mental health problem.

The race and ethnicity of a guy may influence how he perceives masculinity and how others perceive him. According to research, Asian-American men are perceived as less masculine than white or Black American males by white college students.

Boys of all races and cultural origins may face abuse at school if they don't act "masculine enough." According to a study, 85% of LGBTQIA+ kids have experienced verbal harassment at school because of their gender presentation or sexual orientation.

Men who see themselves as more masculine are less likely to participate in "helpful behaviour," as defined by experts. As a result, they are unlikely to act if they see bullying or someone being assaulted.

A study deduced that toxic masculinity, can hinder males from comforting a victim, asking for aid, or standing up to the offender. Males who believed that men should be powerful and aggressive were more likely to accept that participating as an active bystander would have negative societal implications.

In cases of sexual assault, males who associated most strongly with masculine traits were less inclined to intervene. Men would intervene in any disagreement, if they believed their status as traditionally masculine was being jeopardized, according to the study.

The American Psychological Association (APA) has recognized that cultural pressures on males can have repercussions for individuals and society.

To address some of the issues connected with toxic masculinity, members of the American Psychological Association (APA) established new standards for psychological treatments that treat boys and men.

They claim that conventional masculinity is mentally damaging, based on more than 40 years of research. They also claim that training males to repress their emotions has negative consequences, both inside and externally.

When preconceptions and cultural expectations were removed, researchers discovered that there were little variations in basic behaviours between men and women. Men and women, both like caring for children, according to time diary studies (studies in which participants log diary entries of their activities).

The differences in emotional expressions between males and females are minor, and they are not necessarily stereotyped. Teenage boys, for example, show fewer externalizing emotions like rage than adolescent girls, according to research.

What Can Be Done?

Reach out to someone if you are suffering the harmful impacts of toxic masculinity. A mental health expert can assist you in recognizing how it affects your life and help you break free from unhealthy habits that may stop your progress.

The more people get educated about toxic masculinity and receive treatment, the more likely we will see large-scale improvements. As a result, society may place less pressure on males to perform in particular ways.