Bound in the Shackles of Patriarchy 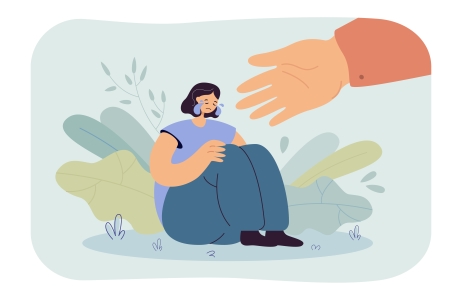 It is an unnerving realization that a consistent section in both broadcast and print media is constantly dedicated to the reportage of crimes against women in our country. Every once in a while, it is pretty inevitable to come across such a horrendous happening that makes the ghosts of the grotesque 2011’s Nirbhaya rape case come back to haunt us.

The recent abominable stabbing of a woman by her husband sent shockwaves across the nation so much so that the mainstream as well as the social media was ablaze with deliberation over it. Her mistake? Wanting to continue in her career as a nurse, which went against the whims and wishes of her husband. The witnesses on the crime scene, who silently let the evil unfold, were scorned upon, ironically by the very people who themselves engaged in the propagation of the deceased victim’s corpse and video footages ruthlessly shot by those chickened-out witnesses. Putting this ugly aftermath of the incident into words makes one question the very existence of this thing called ‘humanity’.

Crimes like these break our bubbles that we have cozily grown accustomed to; that change is coming and we are gradually heading towards an egalitarian society resembling more of a Utopia. One mustn’t forget that we live in a country where “marital rape is fine” as according to such ‘cultural rakshaks’, coercion does not exist within the premises of marriage hood. Moreover, husbands are put up on the pedestal often referred to as “Pati Parmeshwar” and “Swami”, basically as a married woman’s master. No wonder, wives are expected to ask for the permission of her husband before making expenses out of her spouse’s hard-earned money, let alone before taking up a job. And this happens when women are considered adults, capable enough to make their own decisions. Can it get any more twisted than this?

Such deep rooted patriarchal ideals and stereotypical prejudices against the role of a married woman render pointing fingers futile as such crimes are usually fueled by the very outdated and irrational mindset of the society. So the more we try to dig out the dirt to get to the bottom of this, the more nasty the ground reality gets. They can only be eradicated by precedents constantly set by the women who are privileged enough to do their mind.

Heinous accounts of crime be it acid attacks, eve teasing, dowry related disputes, sexual harassment and in today’s tech savvy world, cyber bullying are commonplace. As according to a report by National Record Crime Bureau (NRCB), “A total of 4,05,861 cases of crime against women were registered during 2019, showing an increase of 7.3% over 2018 (3,78,236 cases). Majority of cases under crime against women under IPC were registered under ‘cruelty by husband or his relatives’ (30.9%), followed by ‘assault on women with intent to outrage her modesty’ (21.8%), ‘kidnapping & abduction of women’ (17.9%) and ‘rape’ (7.9%). The crime rate registered per lakh women population is 62.4 in 2019 in comparison with 58.8 in 2018.”

Their prevalence only makes parents worrisome and skeptical about sending their daughters out to work alone. And due to this, how many innocent wings meant for flying, sadly end up getting clipped just because of the wrongdoings of certain feral individuals of the society.

“Not all men” is yet another widespread defensive argument adopted by ignorant people. But it is high time that people realize that feminists and activists out there are not initiating a blame game or even a witch-hunt to cancel individuals but rather aim to bring about winds of change, uniting the common folk. But at the same time, there has been a surge in superficial feminists who take up radical means to denounce men in general and are henceforth, misguided. This lot can put the entire movement in jeopardy as they say "A few fish can pollute the entire pond."

It should be realized that we are far from achieving the goals once set by global movements like #MeToo and #TimesUp. It is not a fight between ‘man vs woman; or ‘you and me’ but what’s morally and humanely right and what’s not. Afterall, its only collectively that we can make this a livable place for the hitherto oppressed half of our country’s population.

Image by pch.vector from Freepik

How to choose a right career option in 2021