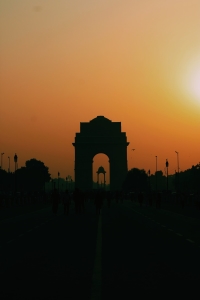 The government’s ambitious venture of Central Vista Project has divided the nation into two halves. The lawmakers are facing the heat of environmentalists and common folk alike. For this megaproject envisions a ‘power corridor’ constituting of a new parliament along with the residences of high dignitaries like the prime minister and vice-president and other government ministry blocs. Estimated to get fulfilled by 2024, this ‘magnum opus of a project’ will strategically put modern India’s potency up as a façade for the world to see.

But all this development is at the expense of the cultural legacy of Delhi’s heartland, India Gate complex. This cross-section between Rajpath and Janpath has historical significance for it houses some eminent institutions like the National Museum, the Indira Gandhi National Centre for the Arts(IGNCA) and National Archives. These prestigious buildings house precious artefacts and paintings of celebrated artists like Amrita Shergill and M.F. Hussain. Originally proposed by celebrated architects Edwin Lutyens and Herbert Baker, this heritage site with its luscious lawns and boating spot has been a major tourist and hangout hub for both tourists and residents.

Due to all these factors, people especially the elderly have sentimental values associated with the place. No wonder it hurts to witness the deterioration of the very path they used to pave back in their days. It was a public space for the common janta irrespective of their age and social status. A hotspot for picnics and rendezvous, both young and old gorged on the array of ice-creams that the vendors had to offer. Radio blazing in the background, the evenings with ones loved ones were well spent. These open lawns and ponds invoke a sense of home within the hearts of many today.

As he project demands demolition of pristine buildings and uprootion of century-old tress which somehow has struck a chord with the common folk. It’s been decided that the lawns will be reduced into concrete and security personnel are supposed to be deployed there on duty, transforming it into a militarized zone. In a nutshell, a high alert fortress for the men in power is in plans to replace that beloved site.

Extremely unpopular amongst the environmentalists, activists and common folk alike, the authorities are facing the heat for coming up with a plan like this at all. After a series of petitions and protests, the Delhi High Court recently deemed it as ‘an essential project of national importance’ in response to a plea to halt its construction in the backdrop of a raging second wave of the pandemic. Witnessing the government’s reluctance to get this project to completion, many of us have lost hope of ever returning to those homely dawns again.