Chained with the Mangalsutra : The Marital Rape Culture in India. 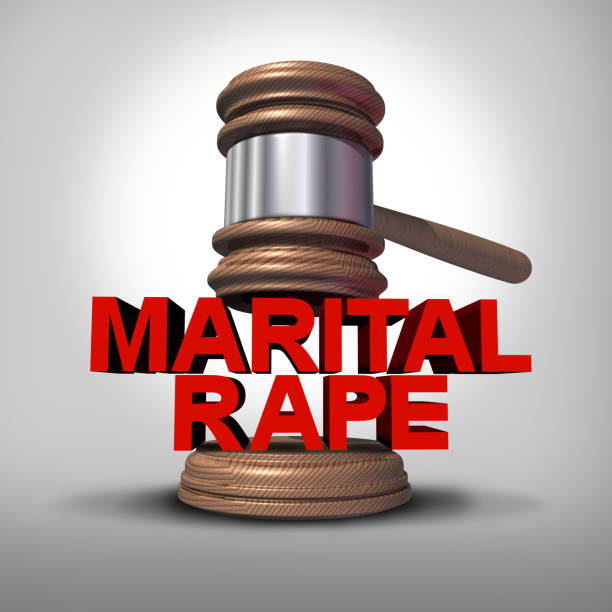 The aroma of chai filled the living room. The pretty lady in her colored wraps pretentiously talked about her husband’s ranks and the promotion they were waiting for. With each sip she let her tongue slip the care and amore she enjoyed from her husband. The one listening to her, sighed slowly and covered the bruises and marks with an old dupatta. Shedding a tear , she told her the story about her husband treating her like a whore , a toy designed to fuck her legally. Before she could say more , her friend started sobbing, unveiling the pretty cloth to show the monstrous marks made by her highly reputed husband.

Marital rape is so common in India that normalizing it was a much easier task. 1 out of 3 women in India are raped legally by their husbands under the shelter of 375 of the Indian penal code. A sexual relationship between married partners becomes marital rape when one of them performs it forcefully, that is, without the other one’s consent. Through the kaleidoscope of the two women’s life above , it’s clear that men be of any rank any job any age, women are the bait kept in the abyss of men’s lust . A man she believed to be her protector is sexually abusing her under the locks of magalsutra. Once she refuse, he becomes a daredevil to whip her until she passes out so that next time she will not defy her master.

Most of the women before consulting the authorities , go to their mothers to discuss their bedroom miseries. But these women are numbed when their mothers ask them “to adjust” as if it is normal. One lady who ran to the police office to file against this was very kindly treated with chai and told her that she is lucky that her husband didn’t go to a prostitute and hence keep him happy with everything she had. WHY IS IT UNCLEAR THAT A WOMEN’S VAGINA IS TORN OPEN, HER ASS BLEEDING AND BRUISES OF IMMENSE VIOLENCE IS WHAT MAKING HIM HAPPY?. This is just one among thousands of other such stories . Our society is not well polished to contain the stories of lakhs of such Indian wives.

Almost 6,00,000 women contacted the women helpline once the issue of marital rape was first brought out. The core problem lies within us, the roots of our country. The much unbearable are the support arguments people have been giving to justify this. Even the literate yet uneducated morons of our country find marriage a legitimate way to sexually abuse someone. The courts have a conservative watch towards such abuses against women. Especially pleas regarding Marital rape were spurned.

A cabinet minister called marriage as a ‘sacrament’ and hence the concept of marital rape can never be applied in India. The culture and tradition of a country sloganeering motherhood everyday is itself becoming the vulture hawks to the Indian wives. Marital rape is not culture it is rape itself. It is the cries of unendurable sufferings of thousand of wives , mothers and sisters that has been oppressed inside four walls of their bedroom. The problem lies within the base stones of these monstrous structures. Patriarchy. The Indian masculinity is based on the lines of tough nature and the privilege patriarchy built for years to lay down their own rules in the marriage.

Enough is enough. Fighting for this cause may not be easy but possible. Talk out the marital cases you have known or experienced. Consult help from women’s crisis helpline 181. You are a woman, you are the only person who have rights over your body. Develop, talk and fight to turn those hands and words, that try to touch you, to ashes. Don't plot yourself yet another example who sacrificed themselves in the page of domestic violence. When you refuse and fight back you are setting one step back from normalising this crime. Blot out the contemporaneous phrases you will have to go through but its you who is standing for yourself. “LOG KUCH BHI SOCHENGE LEKIN HUMHE KYA”!