Despite living in a century and being digitized, there are many problems in our country that we have not been able to solve to date. The biggest problem is human kindness and human rights, which have always been discussed, but despite the fact that so much is required of them, there has been no blame for them until today, and many people are suffering from their problems. What is most important for a society to do to teach or make children work is to give your child to someone and trust that they will protect them in the same way that parents should. Children, No one can be more loving and compassionate to children than parents, so keep them with you. While this is not the proper practice, it is not the right action, it is the wrong thinking and the wrong age, and no one can supervise your child like a parent can. Children are innocent and easily influenced by people's words; they don't know what to do or whether to tell the truth because they can be easily intimidated. Who does not know how things are going in society? Bullying and bullying children are extremely simple. Children are innocent. Children do not understand what is going on around them in their society, social media, the internet, etc. Adults and parents know what is happening and what is not happening. Making children work in society, making them do wrong things, and working is increasing, instead of getting media coverage, this thing has not stopped till today and is increasing further. Making children work by scaring them and making them suffer from depression. can never make a correct or incorrect decision

These are the things that rob children of their right to live and their innocence, while children should be nurtured by their parents for five years, and whatever goes wrong with them, they don't forget it for the rest of their lives.

Pakistan is a poor country where parents force their very young children to work or give their child to someone as a laborer to work in the house, after which they can live normally for the rest of their lives.

Particularly in Pakistan's southern Punjab province.  How many such cases are there in Pakistan where children are engaged in labor at a very young age and waste their entire lives in this way, and all their future generations will do such work? they live. 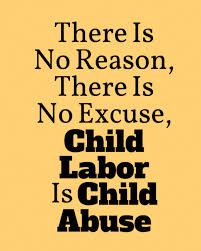 They are like flowers; the way we nurture them and the environment we give them, they will adapt, Now it is up to us whether we want to break the flower or nurture and grow it. So that he can become a worthy human being tomorrow, we all become victims of the hereafter or have become victims, but whatever mental torture the children experience, some parents think that they know their children well and have taken good care of them. However, this is an incorrect assumption because some activities occur in children that their parents are unaware of. If there were, because children don't share anything with their feet out of fear when something wrong happens to them or they can see something on the internet that can fix them, they would be easily vulnerable. It happens It is a common concept that child labor is used by parents to engage their children in such duties where they are oppressed or where education is not a child's basic right. It is one thing to take away his innocence as a child; it is another to take away his right to education. How many cases have been reported in homes where children have been abused and killed badly, which cannot even prove the ulterior motive of a human being? 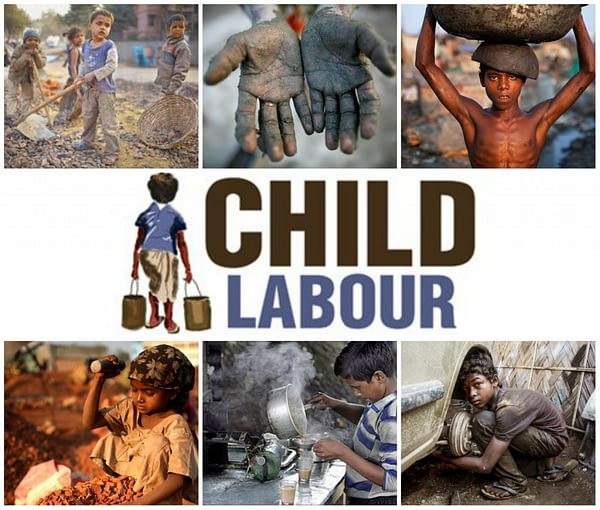 Children and their right to an education are a valuable asset for a country's development, but doing justice to them, making it mandatory to implement it, and seeing how parents and their children are wronged is not enough. How could they?

It is critical for a society to examine how the elements of the laws it has enacted are performing in order to strike a balance between what people are doing and what it means to imprison a child. Given how our children are forced to work and oppressed, the fact that this child is unable to perform labor is critical to his or her employment, which should be prioritized.

The most egregious example of child cruelty in our society is that making videos of children being raped, harassed, beaten, and forced to work is on the rise even today. to give them an education and a way of life

Every person, including parents, society, and those who are wise and know how to deal with children, can control only one thing. If they occur, they must be controlled; every man must contribute and, if possible, reduce them because this is our society, which will never allow us to advance.