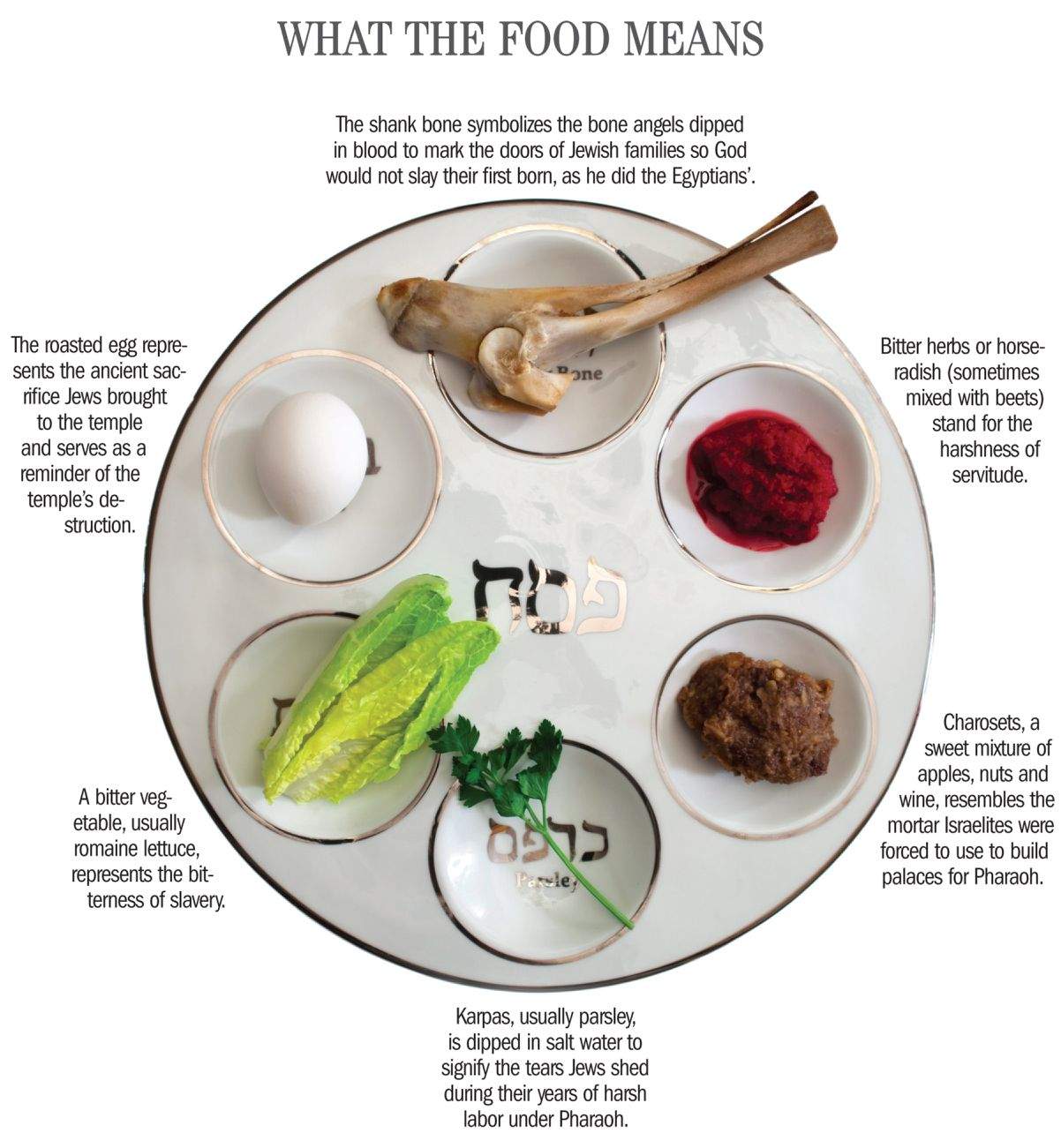 It’s about that time of year again; Passover starts on April 15, 2022 and Jews around the world have started preparing for the holiday. Passover is the celebration of the Jewish exodus from Egypt. Jews and Christians alike know the basics of the Exodus story. Moses tried to free his people from Egyptian slavery, and when the Pharaoh said no, plagues were released on the Egyptians. Eventually, Moses managed to lead his people to freedom.

Passover, or Pesach as we call it, is a weeklong celebration of Jewish freedom. It’s not all fun and games though; to honor our ancestors, we must honor the sacrifices they made in order for us to celebrate. This includes clearing the house of, and not eating, any type of leavened bread, including different types of grains that could be fermented and leavened, like barley. Instead, we eat Matzah, an unleavened bread. Our Seder plates include bitter herbs, horseradish, and saltwater to remind us that our ancestors suffered for us to be able to thrive. We eat charoset (a sweet mixture of fruit and nuts; my favorite is apple and walnut) with horseradish to symbolize the bittersweet way in which our ancestors gained their freedom.

There is one word that stands out in the description of Passover, and that word is freedom. Our booklet, the Haggadah, specifically talks about Passover being a celebration of Jewish freedom from slavery and oppression. I first heard about Christian Passover Seders three years ago, when an ex-boyfriend told me that some of his family members participate in it. I was completely baffled by the notion of Christian Seders. But what is a Christian Seder?

A Christian Passover Seder is a Christian adaptation of traditional Jewish Passover Seders. Christian Passover Seders are focused on Jesus Christ, because many Christians believe the Last Supper was a Passover Seder. In actuality, the Seders we have today are very different from how they used to be, and it is unlikely that Passover was Jesus’ Last Supper. In Reverend James Stuart’s Passover Seder, he talks "about how Jesus is our Passover lamb, that through his shed blood Jesus passed over our sins, and how it liberates us from our bondage to sin.” Marvin Winston, who is a professor of theological and biblical studies at Gordon College in Massachusetts, United States, even compares the holes in Matzah to Jesus being nailed to a cross. (Jewish Telegraphic Agency)

Appropriation also involves presenting an inaccurate perspective of a culture. Appropriation might reinforce stereotypes about a culture. People appropriating a culture tend to take credit for a particular practice within that culture. Most strikingly, cultural appropriation occurs when original elements of cultural practice are overridden by and conflicted with the "new" elements.

A big part of cultural appropriation is that the culture you are adopting practices from is a minority who at one point has been attacked or killed for their culture. This has certainly been the case for Jews. Apart from the Holocaust, Jews around the world have been vilified for their practices. Starting in the Middle Ages, Christians used to say that Jews kill Christian children and use their blood to make Matzah. Now they have their own Seders and their own Matzah.

The Evangelical Christians who participate in Christian Seders don’t retain any of the original traditions of Passover. All of the Jewishness, so to speak, is taken out of the Seders. In fact, there was one instance where a Christian Passover Seder featured a challah (braided bread) in the shape of a cross! This caused outrage because Jews do not eat any leavened bread on Passover.

Many Christians have a belief system called “replacement theology”, in which they believe that Judaism is a dead religion and is only a stepping-stone to a better, more enlightened religion. Therefore, they want to host a Passover Seder in order to honor the Jewish roots of Jesus Christ, as if we Jews are history and not still going strong.

To many Jews, Christian Seders reek of replacement theology. Rabbi A. James Rudin, who is the director of interreligious affairs at the American Jewish Committee, mentioned that Messianic Jews (who are not actually Jewish) say that "their liberation is through Yehoshua the Moshiach instead of through God” and that he saw some of the things written in the Christian Seder materials, including that "Judaism is like Egypt, and Jesus gives you the freedom to break through.” (Jewish Telegraphic Agency)

However, not every Jew believes that Christian Seders are cultural appropriation. Rabbi Ben Greenfield is one such person. He believes that the Christians who hold these Seders are not doing anything to harm Jewish culture and that what they do in their own homes is not hurting anyone. He even mentions that the current Passover Seder practice has taken elements of ancient Greek and Roman culture. (Jewish Telegraphic Agency)

As Passover approaches, it's important to be mindful that the holiday is about Moses freeing the Jews from slavery and oppression in Egypt. Evangelical Christians have decided that they want to celebrate Passover, but they don’t want to be invited to Jewish Seders. No, they have made their own Christian Seders that are more about Jesus Christ than Jewish freedom from oppression.

Christians are either comparing their Matzah to Jesus Christ being nailed to a cross, or they are foregoing the Jewish tradition of non-leavened bread completely and instead have a cross-shaped challah. So, is it a type of appreciation for my culture and heritage that Christians base their Seders on? Or have they appropriated it and warped it into something unrecognizable and possibly antisemitic? I am not a relic of a Christian’s past. Nor am I a stepping-stone to Christianity. I am a living, breathing, practicing Jew.