Constitution Day: A day which gives wings to new India after independence 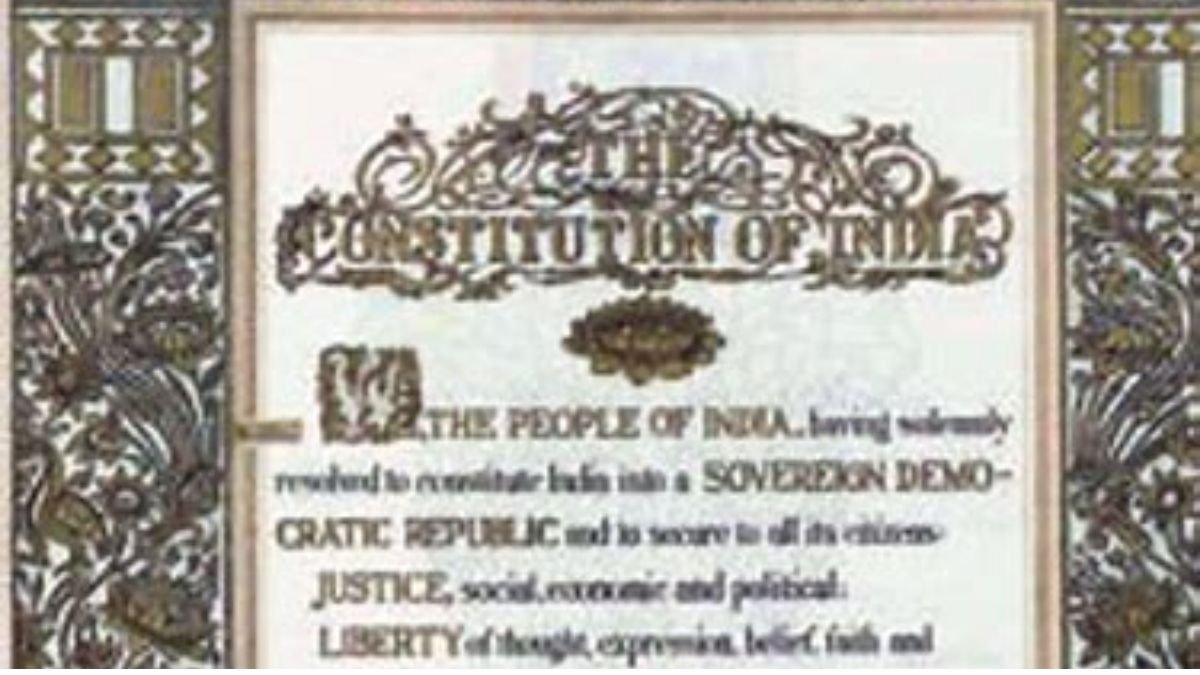 Today, India is celebrating Constitution Day. November 26 is observed as Constitution Day or 'Samvidhan Diwas' every year. The day commemorated the adoption of the Constitution of India. On November 26, 1949, the constitution was adopted and it came into effect on January 26, 1950. Further, the day has its great significance. In 2015, the Union ministry of social justice notified the decision of the center to celebrate November 26 as Constyutuioon Day. The decision was taken to promote constitutional values among citizens. Further, the day is also celebrated in the memory of Dr. Bhimrao Ambedkar. He was the first chairman of the drafting committee that drafted the constitution of India.

History of the Constitution Day

On November 26, 1949, the Constitution of India was legally adopted by the Constituent Assembly of India. The document later came into effect on January 26, 1950. Further, it has become one of the longest written constitutions of the world. Dr. BhimRao Ambedkar was the first laws minister and also the first chairman of the constituent drafting committee. The drafting committee was entrusted with the responsibility of drafting the constitution.

In 2015, the National Democratic Alliance (NDA) government at the center decided to declare November 26 as Constitution Day. Notably, 2015 also marked the 125yth birth anniversary of Dr. Ambedkar.  The decision was announced by Prime Minister Narendra Modi in October 2015 while laying the foundation stone of Dr. B.R. Ambedkar Memorial in Mumbai.

Timeline of events commemorated while making the constitution

Further, on December 13, 1946, Nehru moved the "Objective Resolution". The resolution was later adopted as the Preamble on January 22, 1947. Dr. BR. Ambedkar had chaired the Drafting Committee with over 17 committees of the Constituent Assembly. Their prime task was to prepare a Draft Constitution of India. The committee had been tabled about 7,600 amendments while debating and deliberating the constitution. Out of these amendments, the committee got rid of about 2,400 amendments.

On November 26, 1949, the last session of the constituent Assembly ended. It is the day when the constitution was adopted, and two months later on January 26, 1950 it came into effect after 284 members signed it. Further, the makers have chosen January 26 because the Congress' Poorna Swaraj resolution was declared on the day in the year 1930.

The Constitution of India is the longest Constitution in the world. It is a great pillar of our society. Constitution had given wings to the new India. After Independence, our constitution had provided a suitable path for us. Constitution has given us the right to live with dignity and freedom. It unites the diverse society of India. But how many of us know everything about Consitution. What does Constitution say? What are our fundamental rights and duties? How do we have to live with peace and brotherhood as mentioned in the Constitution? Most of us will give answers that we don't know what has been written in our constitution. Due to this problem, we are unable to recognize what is right or wrong. Today, in India the system of elections and politics has totally changed. Honestly speaking it has deteriorated. But 'we the people of India' are not aware of it. We think that it doesn't matter to us. So due to this negligence of the people of India, the political leaders are manipulating the constitution in their ways.