Corona - A Pandemic Not For Political But For Common People 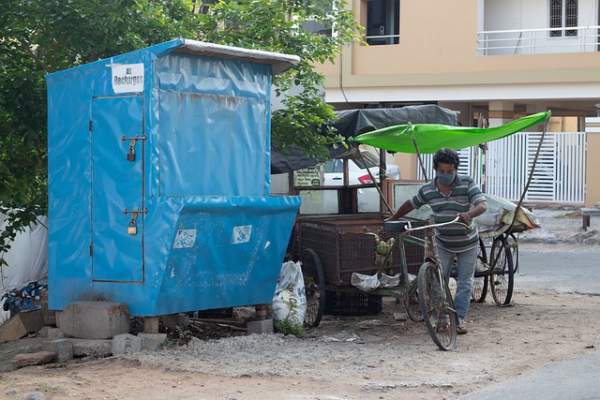 The rise of the second wave of coronavirus in India started in February and peaked during April. The only thing that has been affected is ordinary people's lives for yet another year. And with every other day the number of cases rising, the people come up with just one question in mind - why only ordinary people and not the people of politics?

The sudden rise in the cases has taken everyone by surprise. The patients keep on increasing, and no restrictions seem to stop it. Every state is trying to control the number of their cases by introducing new regulations, but why only ordinary people are going through it? Why are these only seen where there are no major or even minor elections or anything related to politics coming up?

People would not have considered the restrictions such a big deal if the government imposed the same for the political propaganda and marches on the streets. As the health officials have said, the second wave of the pandemic will turn out more dangerous if not curbed at its root. But all political mass gatherings and the way people are not taking it seriously have brought the second wave to India's doorstep too soon.

Though India is not the only country going through the second wave, it's the only second country to hit the 100,000 mark right after the United States and the way it's increasing due to the carelessness of government and people. It may soon be on the top. Besides the US, other countries such as Brazil and UK have also gone through the second wave, which hit them during January this year, and Latin America is going through the third.

The problem of the second wave is that its rise is on an enormous level, as can be seen in the daily reports of the health ministry. India is knee-deep in the second wave. But now that the vaccines have come and the government imposed too many restrictions in the first lockdown, the people here have stopped taking it seriously. And why won't they when they see their representatives holding big meetings and not following any rules themselves?

India, although it has started its vaccine driveway early and by every day, more and more people are immunized with the help of vaccines. The vaccines only help build the immune system and fight the disease by decreasing its severity, but it doesn't need to protect one from the virus. Still, it is effective only when people follow the rules of social distancing and face masks. At the same time, they keep on coming in contact with it now and then or ignore the rules of social distancing.

The second wave also contains different and new corona strains that are new in origin and may affect the immune system more severely. Maharashtra is already under the second wave and is at its peak and as are many other cities such as Punjab, Kerala, Haryana. The capital, Delhi, is also seeing an increase in its cases by a significant daily rise. Many states have already imposed night curfews and weekend lockdowns, making special accommodations for covid patients necessary in hospitals.

The involvement of people in Politics has always been the central pillar of our democracy. Still, at a time like this, when the government itself is asking for the people to stay inside and keep the country safe, the way political parties are acting is sickening. Even the one in power has not stopped their tours and political marches. The number of cases showing jump drastically has shown why carelessness and irresponsibility are the main reason for this rise.

It's no secret that political power has always been considered more important than ordinary people's lives. But at a time like this shouldn't concern the government and other political parties; it should curb the increasing number of covid patients rather than increasing the number of people coming to their political rallies.

The power may be necessary, but it's high time to take essential steps at this point of a pandemic. Because at a time when we are almost on the verge of getting into another lockdown, the government can't expect that any average person would sit at their home. They could start it by keeping their political shenanigans to the minimum or maybe not taking part or hosting any such rallies or gatherings at all. And follow the rules when these people involved in politics are free of any restrictions and some even without masks and other necessary measures jumping in with the crowd and participating in various political activities.

Government should first start by changing the way they're handling things and keep their movement to a minimum. The government should make the rules and regulations, but while doing so, the life of ordinary people should also be considered and not just their political motives. Also, It's high time that all the so-called "brainy politicians" understand that it's not the student peer group that causes the fast spread of viruses. Keeping the educational institutions closed will not ship away corona if the whole population is marching and sloganeering on the streets.

Mandatory masks in public will not be worth it if people brush each other in a heavily packed crowd. After all, in a country where politicians have worshipped every day and the ordinary population scraps out role models from them, it wouldn't be easier for the people to neutralize not maintaining social distancing and underestimate the ravaging spread of the deadly virus.