COVID SECOND WAVE IN INDIA: Who is responsible government or common people? 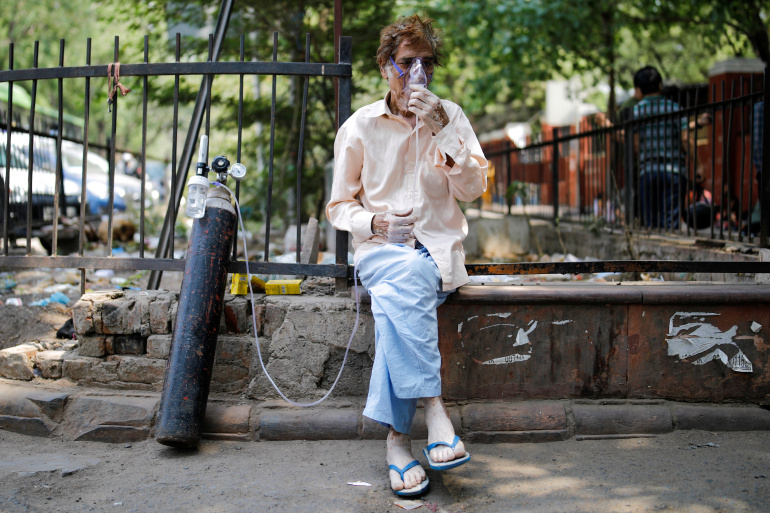 India is currently facing the brunt of the COVID-19 pandemic. An astronomical surge in cases of more than 3 lakh per day poses an enormous threat to the economic and social wellbeing of citizens of India. The Political leaders acting recklessly has only added to the doomed outbreak. A hard-hitting second wave, several rounds of lockdown and a long journey back home of migrant labourers are a few apathies that the pandemic has brought with it. The only lesson we learnt since it struck in 2019 is that we have not learnt any lesson, at least not the climacteric ones.

A precise diagnosis of the virus is considered a pivotal role to help identify and diagnose the infection. But the people were tested instantaneously after infection, typically before the symptoms occurred, which led to the creation of 100% false-negative tests. On day one of the symptoms, the fictitious negative rate dropped to 38 %. It is a strenuous task to grasp the scope of the crisis. Delhi’s total positivity rate has recently shot above 30%. Several Indian states are facing a severe shortage of medical oxygen and beds in view of this ongoing pandemic. Delhi remains one of the worst COVID-19 affected states in India.

The second wave of the virus has hit the country like a fierce tide. For a nation that holds the record of running the world’s largest immunization program, producing covid vaccines and administering them to people should have been a manageable task. Being the world’s second-most populous country, India has faced many obstacles in controlling the virus. But Indian leaders have made a burdensome situation arduous. The continuation of large public gatherings and in-person public rallies are a part of the fuel that has led the COVID-19 to explode. The government also did not curb the risk posed by the Kumbh Mela festival which resulted in thousands of fresh infections.

The severity of the symptoms are startling. The Indian origin double mutant variant termed B 1.617 was identified towards the end of March in Maharashtra and continues to drive India’s second wave of COVID-19. It includes E484Q & L452R mutations making it more infectious, enabling it to escape antibodies. India needs to scale up its Genomic surveillance effort and a planned administered policy decisions should be taken. The short term targeted lockdown may help in rbringind down the count. Expanding access to vaccines will work well too, although it would take time to reach beneficiaries. India has also funded vaccines but its $120 million mission COVID Suraksha compares poorly with the USA’s $18 billion operation wrap seed. The good news is that we are to get three more vaccines before October, Ahmedabad based Zydus Cadila’s, ZyCoV-D is recently undergoing phase three trials which are about to complete other than this P Fizer, Bio-Ntech and Moderna are to be expected in May or June.

The Lockdowns we are experiencing now will be extended until we develop robust logistic and distribution of vaccines it will do little to slow down the virus.

The Institutional framework to distribute oxygen is falling in the face of the capacity. Big oxygen plants are being prevented from satisfying their contracts to hospitals in other states. PM Modi on Thursday, called for strict steps to improve oxygen distribution and prevent hoarding. The nation currently is suffering worst days of the pandemic, witnessing the second wave of coronavirus is a result of poor political choices, poor communication, lack of COVID Appropriate behaviour by people and neglect of public health principle. A couple of days back many were up in the air that “India had beaten the Virus” but none could ask how and why. In this crisis, it’s also unto the individual to protect themselves and their families. But political leaders do much more to restrain the crisis. Increased focus on public health measures, improved vaccination, universal masking and effective coordination across public and private health sectors is the need of the hour. The government it is hoped would finally, walk the talk.

1 year ago by Fatemeh

Hello I read your article, it was a good article. And given India's population, it is very difficult to control the current corona wave. And how much better it would have been if I had thought of a solution before this catastrophe.