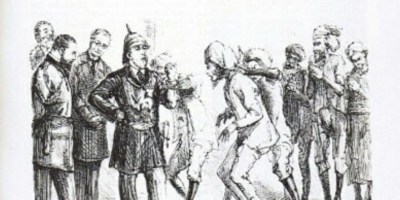 The British government in India introduced the Criminal Tribes Act of 1871, which labeled entire communities as habitual criminals based on their caste and tribe. The criminalization of a community was based on the caste position and practices of certain groups, which was considered a threat to the way of life the British envisioned.

Under this law, any district official like the police, village headman, or any local representative, like the rich landowner could determine a community as a threat and directly submit their suggestion to the Governor General’s office, who would then approve the suggested criminal traits. Men part of these criminal groups had to report to the police every week. In many instances, communities that were criminalized as part of this act were relocated to settlements across India where they were forced to labour for enterprises and state infrastructure projects. These settlements aimed to relocate nomadic communities or groups who moved around a lot. Their movement was considered a threat. In this way, they can be settled in permanent spaces and thereby protect society.

If we are to take an estimate, approximately 150 communities from India’s population were designated as Criminal tribes during British rule. Historically if we are to look at most of these groups, they did not have a past imbued with crime. It was only after being labeled as a criminal tribe that certain traits of crime and criminality emerged in many groups. Most of the communities part of the CTA were marginalized. They were tribes, nomads, and lower caste people who were alienated from the society they lived in. They were subjected to practices like untouchability, slavery, and feudal labour. Women from these communities experienced sexual exploitation as well.

The caste structure was kept intact during the British rule, and the inability to classify a large number of groups into these caste-based systems made nomadic and tribal groups look foreign and primitive in the colonial government's eyes. Since the English were on good terms with the upper caste members in Indian society, the latter group's word was taken to further incriminate a larger number of marginalized groups and tribes in the subcontinent. It's not a surprise that the upper caste landlords and other members could benefit through their undignified labor.

A lot of groups were enlisted under the CTA as a consequence of the 1857 rebellion. The British were taking precautions to make sure such a struggle does not resurface again. However, there is no point in denying that crime did not exist amongst the members under the Criminal Tribes Act. Crime did flourish among a lot of these communities. But what was the reason for such specific crimes to exist?

The law was exclusively for the white sahibs and members that profited from the caste structure. The same caste explanation was used to label communities as criminals. This was in the form of ‘caste-based hereditary occupations’ passed down from one generation to another. The British put out an overarching argument that criminal tribes existed because of their hereditary practice of indulging in crime. In some cases, this generalization made by the colonial rulers was true. KM Kapadia, mentions how some groups entailed a modus operandi in conducting their crimes. The crimes would be diverse and the different methods would help the police identify which group the criminal was part of.

“The Sansias often disguise themselves as constables and in the course of a mock search rob travellers. The Harnis are adept at masquerading as religious mendicants. The Kaikadis, who take to robbery and dacoity, disguise themselves as Jungums (Lingayat priests), fortune tellers, medicine-men, or shepherds to pick up information. A Chandrawedi will often disguise himself as a woman and travel in the third class women's carriage and carry on his trade.”

Some exceptions allude to the colonial constructed existence of caste-based criminal groups, as given above. But, the argument cannot be generalized to justify the systemic discrimination of other labeled criminal groups as well. In a lot of instances, crime came up in groups after they were deprived of their dignity. This also included economic and emotional depravity arising out of the constant misuse of their human lives, both during the colonial period and after it.

The Banjaras, a general term given to nomadic groups, used to be Mughal transporters. After the decline of the Mughal Empire and the coming up of railways, they lost their hereditary occupation and were forced to commit crimes like cattle thievery, looting, and dacoity to sustain their lives. Some of these groups include Vanjari, Mathuria, etc.

KM Kapadia also writes in the 1950s about how some criminal tribe groups were forced to do crimes for the upper caste landlords and police. The police to whom these labeled criminals had to report, exploited their labour, falsely accused some, and women were sexually assaulted as well.

In such situations of helplessness, turning towards criminal ways to sustain life can be considered a rebellious act against society and the state machinery that systematically and continuously subjects these people to inhumane treatments. 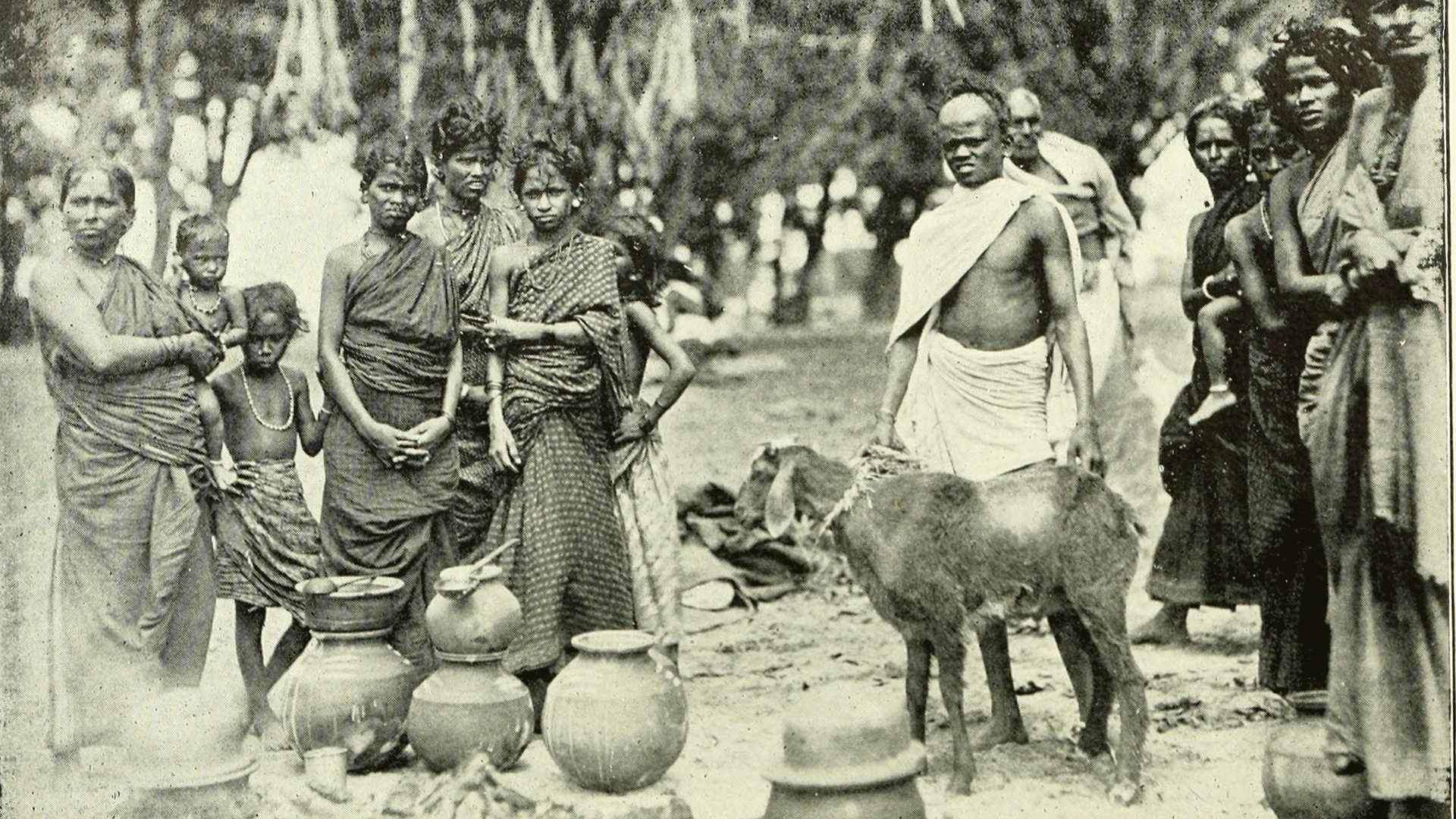 From this context, the post-colonial conditions of these groups remained largely the same. In 1952, they were classified as De Notified Tribes as part of taking out the Criminal Tribes Act. Now it got replaced with the Habitual Offenders Act. The Habitual Offenders Act is different as it pertains to an individual as compared to the CTA, which aimed at persecuting entire communities. However, this has not brought much change even now. A lot of the De Notified Tribes are still labeled as people having a criminal heritage. Even the police, judiciary see them in this light and often prosecute them falsely or unfairly because of the criminal label the individual's caste identity entailed.

After nearly 150 years, the same criminal tribes are still in the margins of the state and society. They are still persecuted legally for the label they carried in the past. If we are to ask if they avail the same provisions and rights that any Indian is entitled to? The answer is NO.

The systemic discrimination against these communities even after independence, ultimately made them outcasts in their own country.

Denotified Tribes or communities that were formerly listed under the Criminal Tribes Act are still stigmatized and living under poor living conditions. A large number of roadside sellers, magicians, snake charmers, etc in urban areas and other spaces have a heritage of marginalization as part of the Criminal Tribes Act.

According to the Renke Commission report in 2008, only 50.3 percent of members in Denotified communities possess a caste certificate. The certificate is necessary to avail of the provisions and benefits stipulated for groups coming under reservation categories. 58.2% do not have access to good healthcare, and only 58.2 % of children have access to education. The budget allocation for these communities has also remained stagnant since 2018 and remains at around 10 crores, according to the 2020-21 budget for the Development of Denotified Groups in India.

A Times of India article report from Rajasthan and dated June 2021 depicts the plight faced by denotified communities there. The report suggests that most of the members from these groups do not have access to any form of good infrastructural facility. They barely manage two square meals a day and none of them have aadhar cards. The inability to be aadhar cardholders has its issues in digitized India we are all moving forward in. What it also signifies is the inability to produce any formal identity to prove Indian citizenship. The article also showcases the inability to avail vaccines during COVID-19. These depictions show how the historical legacy of marginalization is only increasing with modern technological developments in India.

A large number of Denotified tribes, nomads, and groups still find it difficult to gain education and progress up the hierarchical ladder of society. Most of the Denotified tribes and caste communities have been brought into reservation groups such as SC, ST, OBC, and other provincial categories. But, there is still the factor of systemic discrimination and caste violence being perpetrated on these communities even today. 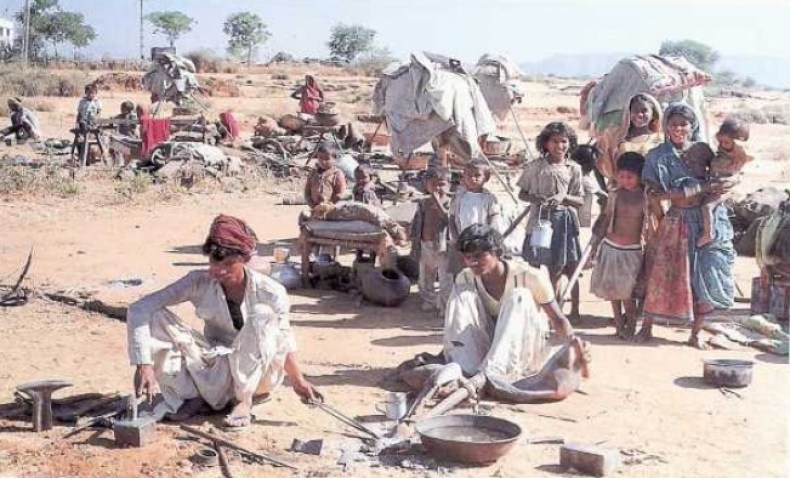 The lack of opportunities and constant subjugation are still making a lot of these individuals turn to the illegal sphere to gain employment. Reports show how a large number of those persecuted under various regimes of the law come from historically marginalized communities which also include those formerly listed under the CTA. The cycle of crime and poverty never ends because of the inability to improve their social stature and conditions of living. The government is at fault here for not taking steps in the 21st century to reduce the disparate class gap and improve the conditions of the outcasts in our country.