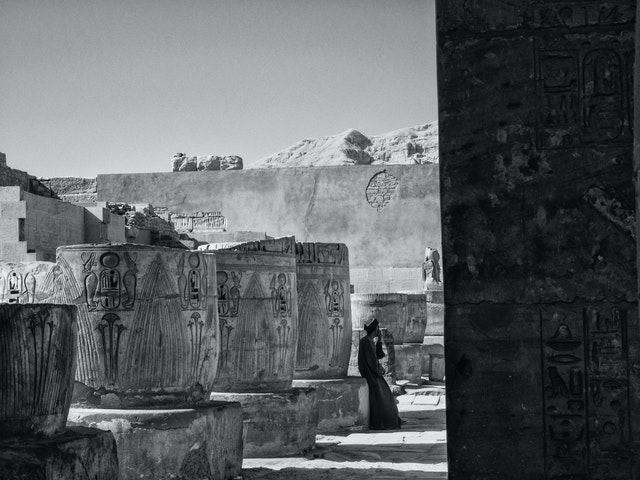 The Ptolemais and the Romans adopted many regulations that the ancient Egyptians established to decrease crime.

According to the book "Crime and Law in Egypt in the Ages of the Ptolemais and the Romans," the ancient Egyptians declared that anyone who killed someone on purpose would face the death penalty, regardless of their social position or position of the victim.

Whether the victim was a free person or an enslaved person, deliberate killing deserved the death penalty.

The Egyptian law that prohibited murder "involved people in trying to prevent it; every person who saw a murder had to intervene to save the victim, if he was able to do so, or else his death penalty would be like the murderer, as a partner to the crime; but if he was not able To prevent the crime, he had to report the criminals and give his testimony against them before the court.

In contrast to ancient Egyptian law, which saw murder as an offense against the state and society and did not ignore the case, Ptolemaic and Roman law separated between murder committed violently and murder committed by poison.

However, as shown by the pardon judgment made by Euergetes II in 117 BC, Ptolemaic law treated the crime of premeditated murder in the same way as ancient Egyptian law. Those who had committed murder or temple sacrilege were barred from receiving the pardon.

The killings that occurred in Egypt during the Ptolemaic and Roman eras are linked to a significant governmental procedure, which is to sign off on a medical examination of the deceased person before approving his burial.

The book underlined the horror of murder in the eyes of the Egyptians, as they criticized the spectacle of attacking one of the bodies. The severity of the murder was heightened by the fact that the son committed the crime against one of his parents.

According to the law, "If a son kills his father, the son is tortured before his execution by tearing off his body with a pointed stick, and after that, he is executed by burning on thorns, and there is nothing worse than for a person to take the life of those who gave him life." As for killing the boy at the hand of one of his parents, it t was a crime in the eyes of the law. Still, it was not punished by death.”

As it was not rational to execute the father who gave life to his child, there was a psychological punishment alternative to execution, which was to force the murderer's father to embrace the body of his son tied around his neck for three days and three nights, and to exhibit this scene openly in front of people. The laws of Memphis decided on this. Unintentional murderers do not enter their homes until they have cleaned themselves of their crime and placed an offering on the grave of their victim.

The book continues to relate many fascinating crime stories in Egypt during the Ptolemais and Romans.