Cristiano Ronaldo: An epitome of Fitness to an ageless Magician 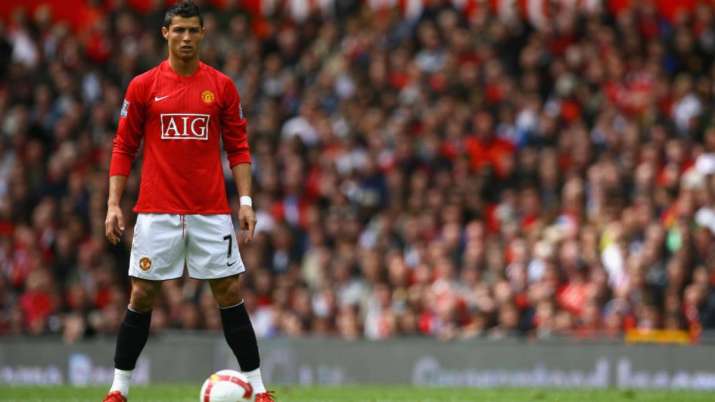 A famous entrepreneur’s autobiography is titled “Dream with your eyes wide open’’ and that line is enough to encapsulate what the fans witness when Cristiano Ronaldo is on the field. When he is on a song, you just have to stop what you are doing and watch the magician at his play storming which seems like gliding with the most important object of the game and just transferring its possession to where it belongs.

Just a while before he was about to play for Juventus at Turin, Italy, his medical reports were called and the state of his body resembled that to a physical condition of a 23-year old which in itself was remarkable considering Ronaldo himself was 34 then. Very soon his body indicated that he had now the physical condition of a 20-year old. Now, this is absurd! To function at the elite level, you need to possess an athlete mentality. And the key components to it are constituted by ruthlessness, relentless hard work, constant re-calibration of training and regularly adding different skillsets to the one you already have. But Ronaldo has taken this to another dimension.

A considerable part of the excellence that he has managed to achieve constantly throughout his career has to go through the personal challenges he had as a child. He has often spoken about the effect of his father’s alcoholism on him and the myopic vision with which his father lived and in a way fueled Ronaldo to achieve what his father considered unachievable. Growing up, your father is your first mentor who possibly shapes up your world or carves down the path and nurtures you to walk through it seamlessly but for Ronaldo, he couldn’t afford this privilege but that didn’t deter him from his quest for greatness. And there was a shining light at the start of what turned out to be an indelible journey, someone who Ronaldo himself attributes as the father in the game- Sir Alex Ferguson. This partnership and the insurmountable collaboration with Manchester United turned the tide for this ocean of talent. At 15, he was diagnosed with Tachycardia, a condition where the heart rate exceeds the normal resting rate that could have possibly left him with no option but to quit his football career. Making a potential career-changing decision in your adolescence is what sets him apart.

Great is a word that is used exorbitantly in sport sometimes justifiably based on stature or subconsciously when you are awed but the word doesn’t entirely justify the tenacity with which Ronaldo has played all his life. If you want to study or be inspired by an athlete, don’t look at their achievements or performances, but how they prepare. It is what they do when no one is watching that helps transpire moments of brilliance on a field which makes everyone go "This is unbelievable!" Athletes do realize the importance of process and it is through constant iterations that you put yourself in positions of achieving the desired outcome as it is easy to just obsess over the outcome as it is so enticing but one needs to understand is that it is short-lived and momentary. You have to fall in love with the process to be able to sustain and keep performing at an elite level.

The question really is whether Cristiano Ronaldo is immensely talented as most tend to attribute all his achievements only to his natural flair or incredible stamina or dribbling skills. But that is not true talent at all. If you wake up every morning and go for a run and one day you get up, it’s raining cats and dogs outside and the natural intuition is lying back in the comfort of that bed. But you still get up and run in the rain. That is truly what talent sounds like and Ronaldo has just epitomized all through his career. Your attitude and work ethic will take you a long way where the talent can just fantasize because ability will open the first door, it might open the second but it won’t open the last one.

Ask any successful athlete at the highest level or at any level for that matter, they will always say they had more bad days than good ones and always failed more than they succeeded. It is the difference in the work you put in between when you failed and your next success is that makes the tide turn in your favor than the ones who cannot. An example being in the Australian Army. When they select future candidates for the Academy, they look at an individual track record and if they have never failed, they don’t get picked because they argue what if this person experiences failure, how will he bounce back? They pick people who have fallen and picked themselves up only to strive towards the aim with which they had started in the first place.

Ronaldo had always been an outlier. Be it his school where he threw a chair on his teacher because he insulted him and got expelled because of that or the wink he gave to his dugout when Wayne Rooney was sent off in the quarter-finals of the 2006 FIFA World Cup to the enormous amount of times he has bailed his team out through those freakish free kicks, he will always be remembered as someone who brought charm to the most famous sport in the world.