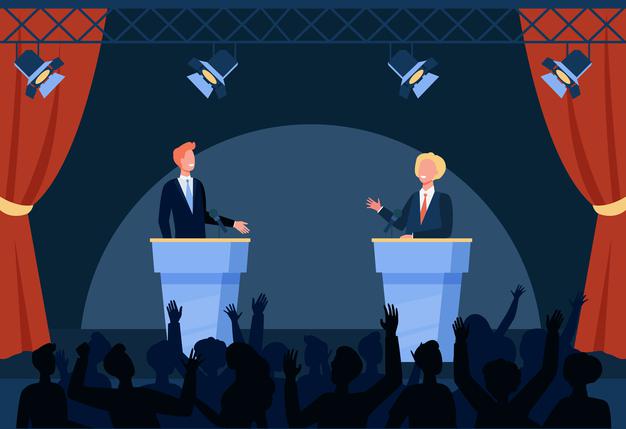 Media is known as the fourth pillar of democracy in India. It has played its role of being the nation's voice. But in recent times, a lack of diversity in debate shows has led to a disconnect with the people. The debate shows are going through a credibility crisis. Indian media, which used to be considered unbiased, and said to be one of the world's dynamic media industries, has seen a dip due to the growing influence of unauthentic and irrelevant news on people. But why?

The debate shows have played a significant role behind the dip and deteriorating quality of shows. It has its role as the guardian in shaping public perception about politics, election, economy, world, etc. But, suddenly, it has changed its route to 'Mujhe Drugs Do' (give me drugs). Television Rating Point is the root of the crisis, with media personnel rubbing the shoulders of politicians for power and making critical government decisions to change the ideas and views of the people.

Covid crisis has led to fake news, panic in public, and decreasing quality of debate shows. The elite panel has been fabricating the news with a leftist, rightist approach rather than a neutral approach. Has the media lost its authenticity for TRPs? The role of media personnel is to speak on relevant and credible issues, not shallowness in reporting or violating the media norms. The shrinking quality of debate presents the country with Baba's Covid cure, while there is a shortage of vaccines or a discussion revolving around celebrities. How about the death of Indian soldiers during the Ladakh standoff? A debate worthy of covering the Indo-China strategies and future relations. The low degrading quality of debate shows has put a question mark on ethical norms on Journalists. With a population of about 1.38 billion and many regional news channels, mainstream news channels, the growing influence of unnecessary debate shows is like the life of a corporate employee. Diversified topics like social issues, which affect the citizens and, political problems, based on facts should be the target of debating shows.

Does it mean the media, which used to dig deep to bring the truth out, is no more? The proper debate is about analyzing the issue, which brings out what is hidden from the people. Debate shows are not only about few people discussing a topic, but it shapes the conscience of the people and the media plays the role of a watchdog over the government.

The obsession with westernization is growing after the emergence of Globalisation. There has been a growing urge to get acknowledgment from the west. On the other hand, there is little or no space for developing nations. Language is essential in debates, but the language crisis in different states has led to the exaggeration of news with a new concept of blatant fabrication of news. What is intriguing to know is that news like the Fukushima disaster, the Israel-Palestinian crisis, the oil crisis, etc., are not even on the debate list. What's shocking is that no Indian newspaper has any correspondence in the regional countries like; Bangladesh, Pakistan, Srilanka, and Nepal.

Debate not only delivers but changes the views of the nation. The Jammu and Kashmir is an internal matter of India and can be discussed by the elite panels to answer any questions and clarify the reality. But, a downgrading debate on who is right or wrong, where the panel attacks each other and takes sides, is more or less like their daily cup of tea, which goes on for a long time. Terms used by the media personnel, like ''the present government has crushed the neighbor,'' are unethical and not under the media norms. While few media channels have kept the debate shows alive, like NDTVs, the buck stops here, left-right, and center, which is still neutral.

Hashtags play a significant role in the digital world, where the focus shifts from one topic to another. A debate title with a target audience favoring one party or against it is a jingoistic debate. With growing sensationalism and downgrading severe issues, there has been a paradigm shift. There is also debate on who is the biggest Bhakt(follower), and it is deplorable. What we have seen recently witnessed by the elite panel is showcasing who can speak longer than the other. Perhaps the story which needs to talk about is the everyday farmer's suicide and millions of girls abduction, honor killing, rape, female foeticide. These topics have been debated but half-heartedly.  A good factor where the society knows the reality, not exporting false, unethical debates that have led to 'India wants to know.’ The trend lives for a long time.

Some policies have failed, a budget crisis which the panel can discuss and through the debate, they can enlighten the ordinary man on the reality and alternative options of it. The fourth pillar of democracy needs a reformation to rectify the current crisis. The greatest asset, which is debate, is being devalued with irrelevant topics and biased coverage. The easy source of entertainment is not about celebrities but facts. India wants to know if the debate shows can gain its authenticity back.