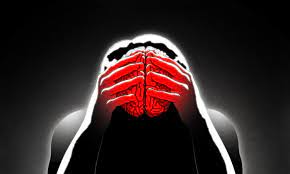 Depression, also known as major depressive disorder or clinical depression, is a mood disorder characterized by persistent sadness and loss of interest in everyday activities. It affects how you feel, think, and behave and can lead to various emotional and physical problems, and it is becoming more and more prevalent in the youth of Pakistan.

What kinds of factors affect the likelihood of having depression?

Genetics plays a huge factor in the susceptibility of being diagnosed with depression. Our genetic code is one of the most influential factors in the onset of major depression. Substance abuse, early childhood experiences, and significant life events, both immediate and prolonged, can also be risk factors for depression. There are various triggers; upsetting or stressful life events, such as bereavement, divorce, illness, redundancy, or job or money worries, can be the cause for some people. A combination of factors frequently causes depression.

While depression was once thought to be exclusively a disorder affecting adults, research suggests that it can affect children as young as two. Adolescents can become vulnerable to mental health problems due to physical, emotional, and social changes, such as poverty, abuse, or violence.

An individual must have five depression symptoms every day, nearly all day, for at least two weeks to be clinically diagnosed with depression. Depression is also conditional to a depressed mood or a loss of interest or pleasure in almost all activities.

How prevalent is depression in Pakistan?

The overall prevalence of depressive disorders and anxiety in Pakistan is 34%, and ranges for both sexes differ - 29-66% for women and 10-33% for men.

It is important to note that many factors specific to the environment and overall culture of Pakistan should be taken into consideration in order better to understand the scope of depression among the youth.

Pakistan has a population of 157,935,009 people, with urban areas accounting for 34% of the total. The literacy rate is 49%, and 35% of the population lives in poverty. There are also only 12,8073 physicians accounted for in full in the Pakistani region.

Factors contributing to the development or onset of teen depression include obesity, peer pressure, long-term bullying, or academic pressure, all of which can hurt self-esteem.

Young adults face much pressure in Pakistan, where even the most necessities of life, such as education, health care, and adequate housing, are challenging. Inflation and a lack of jobs foster hopelessness, worthlessness, and anxiety, often eventually causing the youth to engage in harmful activities like smoking and drugs as coping mechanisms for their debilitating mental health.

Although divorce rates in Pakistan are lower than in other countries, this does not dismiss the fact that many marriages struggle to stay together. While men are busy working around the clock, women are primarily housewives who work all day, unpaid and unrecognized. This vicious cycle leads to a lack of communication, inexpressibility, and numerous arguments straining the relationship between the couple and the mental health of the children present.

There might be an even more significant impact on their children than on the relationship between the parents. Young adults with depression and anxiety tend to have a history of fighting parents who are so preoccupied with their problems that their child feels neglected and burdensome.

The problem with mental illness is that it is often hidden. A person who appears calm outside may not be so on the inside. And even though mental illnesses are recognized and discussed, there is still a lack of support from friends and family. They may acknowledge it to some extent, but taking the sufferer to a therapist remains taboo due to a common sentiment in most families in Pakistan: "log kya kahenge” or “What will people think of you?”

In conclusion, despite widespread discussion of mental health, our society still has a long way to go before accepting it for what it is, especially when it is becoming common among the youth of Pakistan and other places.

Kolkata: A 25-Year-Old Attempt Suicide due to Depression