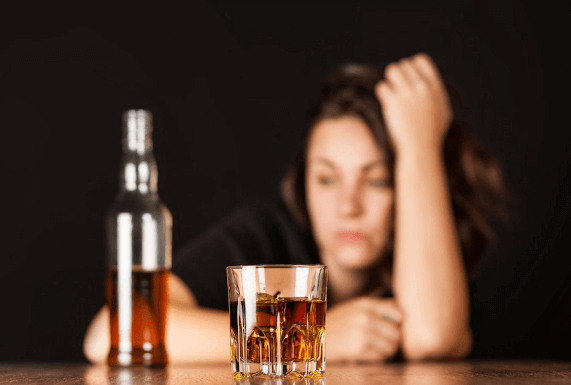 Casting the dark cloud over society, 'Dipsomania' is escalating its wings all over the world. Alcoholism, which used to be restricted within the tribes, has gradually become more intense than ever before. The so-called civilized society is immersing in this malaise, where it is seen to be fashionable. Long ago, hard liquor is consumed during the festive season only, but nowadays, its consumption has increased to a great extent. According to the report, three out of every ten men are alcohol addicts. Not only men but women are also walking in the same direction.

Considering dry parties 'old fashioned' and offering guests alcohol,  people are eliminating taboos against 'alcoholism'. Where going to the bars was considered a 'bad culture', people are now normalizing it. At the same time, 'bar culture' is regaining its legitimacy. Even at the minimum festivities, liquor has become a preferred beverage. Both the developed and the developing countries are fastly becoming the society of alcoholics.

Now the point is - alcohol is being used as salvation from frustrations. The cinemas play crucial roles behind it by projecting a tragic hero with a bottle of wine trying to forget his pain. This is the typical example of a movie scene and how they are popularising the cult of alcoholism amongst its viewers. It's often shown that the victim is drinking brewed liquor to get salvation from pain and depression. So does an ordinary person, thinking it's the only way to escape from his / her agony.

Poverty also has a significant effect on alcoholics. Especially in the unprivileged areas where there is a lack of workplaces, people do small jobs and somehow manage to live their lives - often drinking alcohol to satisfy their hungers. Not only the unprivileged, but also its victims are people from all walks of life. Namely - doctors, business people, government officials, even college goers too. Also, alcoholism can be the root cause of domestic violence. We see the spouse resists the other from consuming liquor with their hard-earned money and subsequently becoming the victim of domestic violence.

Recently India has witnessed an unimaginable incident. After relaxation of lockdown, imposed due to the prevailing Covid situation, we have seen people are not hesitant to stand in a long queue in front of liquor stores. It seemed liquor was more dear to them than their lives. Some of them were even storing liquor at their homes for further lockdown. To grow their business more and to attract more customers, these stores nowadays have arranged home delivery. 'No need to go out, you can have your preferred liquor at home just by dialing numbers.'

Alcohol's impact starts from the first sip on one's body. One glass may not harm you but increasing and uncontrollable consumption of hard liquor can. Chronic alcohol consumption can damage one's liver. It may cause cancer. Alcoholism also causes hyperglycemia and breaks down the nervous system. Long-term alcohol consumption may cause low bone density and reduce immunity. All these are treatable to some extent, but why would you go to that stage? Treat it beforehand and minimize its consumption.

Apart from the physical harm it causes, an alcoholic person is wrecked, morally and financially, causing menace and unable to do their anti-social works. Road accidents due to drunkenness, broken marriages - are some of the bitter incidents. A few days back, this came up from the news that a 22-year-old woman from Prayagraj, Uttar Pradesh, India, postponed her marriage after the groom arrived drunk. However, the tragedy is, people realize their folly when it's too late to abandon their habits.

Now a question arises again - are they (true alcoholics) capable enough to decrease their consumption on their own? The answer is - big No. While some of them can be conscious but the majority can't. Different voluntary organizations are now doing significant services to curb the menace of alcoholism. Organizing seminars, live events, opening counseling clinics to make people aware of this social evil causing damnation. Government has to play a more active role by making TV advertisements, films, etc.

Studies show that early drinkers are more prone to 'dipsomania,' which is also a psychological state, where a person can not stop himself/herself from drinking excess liquor. Dipsomania is associated with the uncontrollable urge to drinking alcohol regularly, which is also called 'binge drinking'. In recent days youth has adopted the culture of drinking alcohol. The main reason for that can be high-income sources,  hoodlum friends, and sometimes family history.

Consumption of alcohol has almost doubled over a decade. Brands of liquor are flooding the market with all the official patronage. With that, the annual toll on life is also increasing alarmingly. Whereas a few years back the figure was2-3%, now it has increased 20-30%. Now and then, news comes up with the sudden death caused by poisonous, illicit alcohol. Rehabilitation centers are filled with such dipsomaniacs. Most of them are youths and college-goers, and also a 45 years old person, with all his concerns, can be seen in those centers.

Cold areas legalized drinking alcohol with its limitations.  Hot areas' consumption level is higher than the frosty places, which are nothing else but luxury. Festivals are filled with alcoholic drinks. These drinks are glamorized in many films where the father-son duo consumes alcohol sitting on the same couch. Now drinking alcohol with their seniors and juniors is considered to be fashionable. They often give excuses of being modern and up-to-date in society. It is strange that even after imposing prohibition, people secretly or sometimes openly purchase alcohol which adds more fuel to grow alcohol businesses. All the privately owned rehabilitation centers or counseling clinics along with the government have to play vital roles to curb the menace effectively with strict prohibition. If it displeases the consumers, let them be.