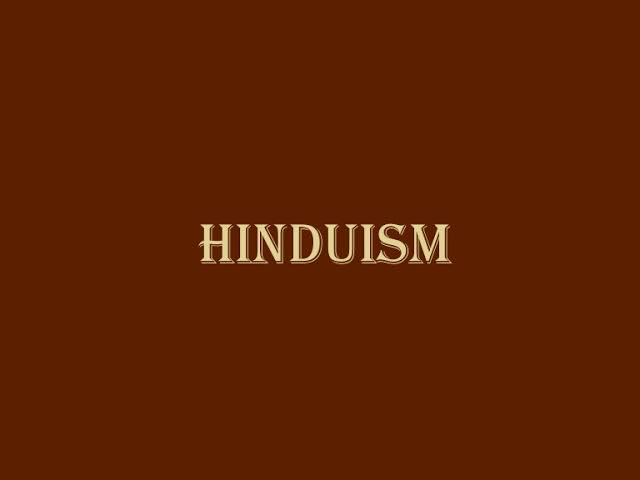 The three-day global conference held from September 10-12 sparked a lot of controversy among the Hindu groups both in and outside India. So what is this virtual academic conference actually about? As the name suggests, it is about “dismantling” or deconstructing Hindutva. This Conference was sponsored by more than 50 US universities that included New York University, Stanford, Harvard, Cornell, Princeton, etc. The conference was set to discuss the issues relating to Hindutva from an academic perspective. But this conference incited Hindu groups all over the world to rebellion. They called this conference “Hinduphobic” and started various online campaigns to restrict it. The coalition of Hindus of North America (CoHNA) wrote more than 3,50,000 emails to the universities and academics. “This conference paints Hindus disproportionately and falsely as purveyors of extremism, actively denies the genocide of Hindu people, and most troublingly, labels those who disagree as “Hindutva” which the conference organizers define as Hindu extremism,” CoHNA said in a statement.

Even though most of the organizers chose to remain anonymous, many of them received a lot of abuse and even death threats. The organizers said that the audience mistook their aim to study Hindutva as a political movement with the debasement of Hinduism.

When the conference was initially announced, it was deemed “Hinduphobic”. Hindu groups in the US tried to stop this conference to a great extent. The sponsoring universities received over a million letters, trolls, and even death threats. Even the Indian government was asked to intercede with the organisers. They were criticised for spreading hate and propaganda against India, mainly the Hindus, especially on the twentieth anniversary of the 9/11 attack. It was said that this conference can endanger the lives of millions of Hindus who are living outside India and already facing racial discrimination everywhere. The conference was supposed to focus on Hindutva, not Hindusim but there were various discussions on the “distinction” between Hindutva and Hinduism, one being, “Not all Hinduism is Hindutva, but Hindutva is in fact Hinduism ''. The organisers were accused of diverting attention from the important issues in the world like the Taliban, 9/11, and Al Qaeda. Their website later had some issues with credibility as well when some universities wrote to have their logos removed from the website, which was put up as sponsors in the first place. Many condemned the event by calling the organisers “anti-Hindus Indian forces” who are alarmed because of the “global growth of India.” Many believed that the conference was responsible for an unfair fear-mongering among the people. They presented Hindus as a “pervasive threat” that can be present anywhere.

On the other hand, some accused the Hindu nationalists of spreading selective video clips of the conference that work in their favour. They think that due to this conference Hindus were facing a threat to their dominance, which is why they disliked it. They were called out for only targeting one or two panellists and completely dismissing the discussion about how Hindutva bears a threat to the minorities of India and ultimately for India’s democracy. No Hindu nationalist talked about the atrocities faced by minorities in India, mob lynchings, biases of the press, Islamophobia, etc. The conference was considered a success based on the numbers informed by the organisers.

With more than 30,000 views, the direct viewership averaged over 4,000, with nearly 70 per cent likes. It was reported that many registrants were those who opposed DGH in the first place. The organisers considered this their major achievement since thousands of people who believed in Hindutva were listening to a conference that was discussing the not-so-peaceful side of Hindutva. When the academics were accused of spreading propaganda, they released a statement that said, “The purpose of the Dismantling Global Hindutva Conference is to bring together leading scholars in South Asian studies and public commentators on Indian society and politics from around the world to discuss the global phenomenon of Hindutva.” Hindu groups were labelled as people who were intolerant of criticism as the participants of this conference were called “Hinduphobic” or “anti-Hindu”. This victim card played by them seemed cruel to the minorities who face discrimination daily. Many thought that this conference will help in a “long-delayed global awareness to the operations of an exclusionary and discriminatory ideology like Hindutva”.

Recently the website of DGH launched a new manual called the “Field Manual”. Written by the South Asian Scholar Collective (SASAC), it is supposed to offer resources on how to defend yourself if being attacked. SASAC is a group of scholars, students, activists, and academics of South Asian studies based in North America, formed in 2021. The two pillars of the collective are said to be: 1) A belief in humanities and scholarship 2) A commitment to progressive and inclusive politics. This manual was written for the academics who were facing constant threats and harassment from the Hindu groups. The manual is divided into various sections for targets, students, employers, and people who want to be an ally. There are different resources based on the section you choose. Apart from that, there are blogs on different sub-topics such as intersectional hate, academic freedom, glossary, organised harassment, bad-faith bias claims, etc.

Many found the manual very helpful to protect themselves from online and offline abuse. The manual acted as a source for interested people to educate themselves on the topics provided. Whereas, many found the manual a way to “attack those who criticise their work” and to put the Hindus in a bad light, or portray them as a threat or “terrorists”. As the topic of Hindutva itself, there is no black and white in the result of the conference. Our decision to label it as a success or a failure can come a lot from our beliefs. However, we need to educate ourselves on these matters by putting all of our biases aside. Only then we may arrive at a conclusion. So what do you think? Dismantling Global Hindutva, unnecessary or unprecedented?

Diwali: The festival of love, lights and happiness.