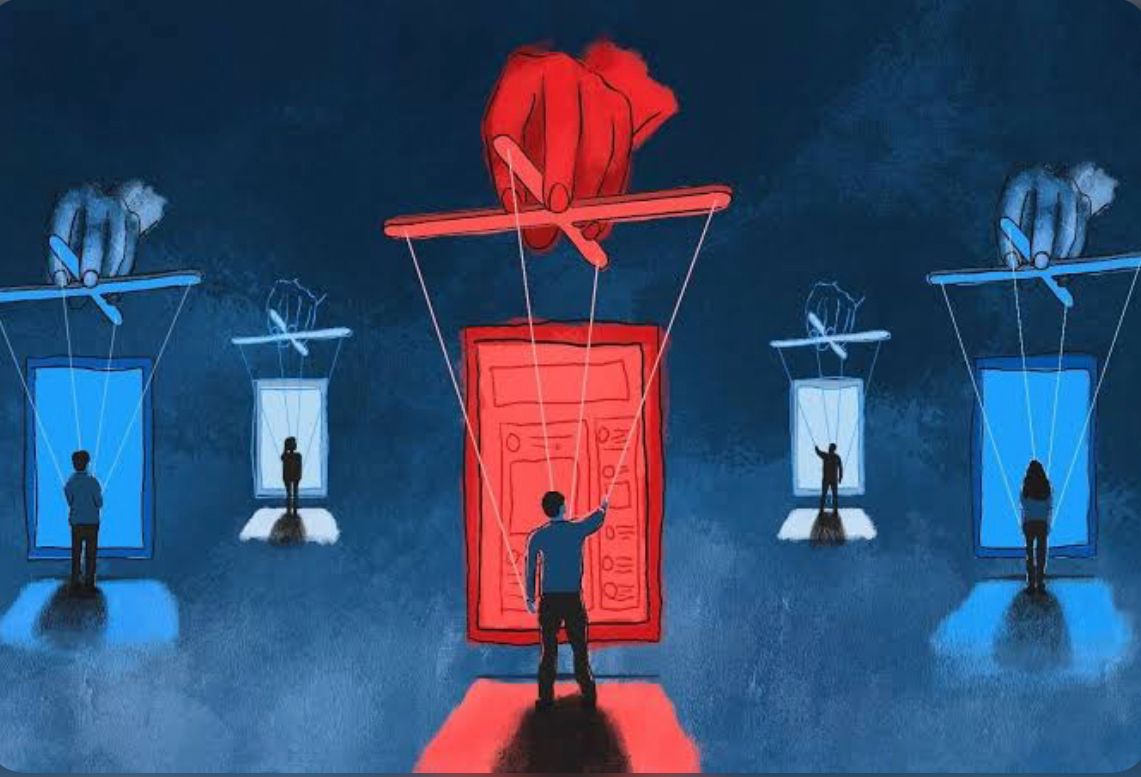 In recent months, the power of social media has grown significantly, as it has begun to exert influence over a substantial portion of the population. For starters, social algorithms allow the rapid propagation of fake news pieces through family and friend networks. Many of us take it for granted that there is some truth in advertising. We expect it from marketing strategies for goods and services, but not from politicians and officials; several social media companies, such as Twitter and Instagram, control our political beliefs, locking us into online chambers. All opinions may be heard when you live in a democratic society. However, because we can choose our news and limit the voices of individuals with different political views, we only hear from those we agree with and lose out on everyone else's viewpoint. We find ourselves in a digital echo bubble instead of participating in a dynamic public discourse.

Social media has devolved into a crippling poison that has tainted a person's attitudes and is now poised to swallow democracy in ways we have never seen before. Does it appear to be completely overblown? It is not the case. The medium has grown in potency to the point that it causes individuals to perform the most bizarre acts without a second thought or a trace of remorse.

Given how misinformation and deception thrive in online forums (and that the number of people using social media continues to climb), this poses a significant threat to democracy. The big social media firms have complete power over what we can and cannot say. The majority of the hate propagated online is always encouraged in insignificant ways. Censorship is a blunt instrument; these firms can remove our information if it offends them. On the internet, freedom of speech is inevitably limited.

The consequence is something like what the World Health Organization refers to as an "infodemic" during disease outbreaks—a situation in which individuals are unable to discriminate between true and false information. The acts of so-called influencers help spread the word. People with a large following and a knack for amplifying messages. Even when it comes to political propaganda, they are amazing broadcasters. It is no secret that one of the most popular social media platforms, Facebook, is notorious for amplifying lies, dividing and even radicalizing people, and providing devastating targeting capabilities to political operators seeking to sow discord and distrust.

The social media regulations implemented by the Center in India are recently proving to be dictatorial and a threat to democracy. As media ownership becomes more concentrated, more bureaucrats are deliberating on what should be published and what is simply an infringement on press freedom. Without a doubt, social media has proven to be an ideal place for people who have been unable to voice their political beliefs, but it has also encouraged populist politics, which permits the ugly and extremist speech to thrive in unregulated digital areas, particularly in regional languages. The growth of polarizing and divisive information, worsened by false information spread on social media, has marked a turning point in modern politics. Numerous analysts, based on their study, feel that social media facilitates hate speech and is responsible for the emergence of many xenophobic beliefs.

Social Media has also become a medium for spreading misinformation and inappropriate propaganda. These lies displayed online tend to persuade people to believe in certain scenarios and behaviours. Therefore, these social media sources exert pressure on the concept of democracy, posing a risk that democratic societies as we know them could vanish. These social media platforms also are a locus that facilitates coordination and collective action which provides prospects for hate crime offenders, threatening the balance needed for democracy. Social media has also made its way in altering our attitudes to a greater extent, it has successfully turned many tolerant individuals to being hostile and overexposed to hate-spewing content, which in turn results in creating echo chambers giving out polarizing effects. People are now able to communicate messages with a bigger audience than they could before because of social media, all of this is allowed to take place without censorship, which is a typical stumbling block for conventional media providers.

There are active extremist communities on social media that strive to spread hate and propaganda to raise issues, recruiting new online members spewing hatred throughout the platform amongst its users. Social media has established a forum where xenophobic individuals collectively create polarizing scenarios expressing immense hate. Social media platforms are trying to normalize the vilification of everyone. This just does not threaten democracy but tends to affect the mental health of many individuals. Prior research has found that social media has prioritized sensationalizing content more than considering the truth that lies behind it, this leads to the distribution of a massive amount of fake news creating an unwanted imbalance amongst the people.

Social media has indeed given a chance to provide a voice to the voiceless. However, social media platforms are increasingly being used to support disruptive voices, ideas, or ideologies (e.g., xenophobia, neo-Nazism, anti-immigration/globalization, cultural homogeneity). However, platforms like Twitter can allow their users to form groups and lend their allegiance to whoever pays for it. Also, many of these conversations contain polarising communication that tends to affect the able running of the civic involvement to polarization creating a destabilized environment, there is no room for opinions, people just form groups throwing their judgments at each other without proper communication.

When propaganda is disguised as legitimate content on social media, as appears to be the case in today's world, the bedrock on which democracy exists may be abandoned. Simultaneously, what constitutes news and the grounds for news ethics are already under attack, as conventional news media have lost the struggle over their responsibilities as fact-mediators and truth-gatekeepers