Does The Left Still Have A Future In France? 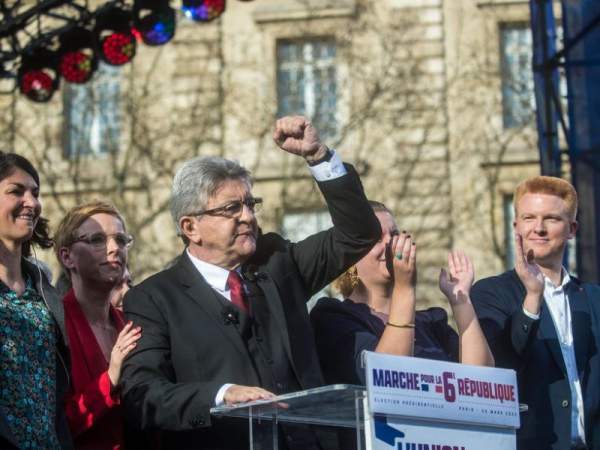 President Emmanuel Macron marked history as the first Fifth Republic president with a parliamentary majority to be re-elected. Although the French presidency is limited to two terms, the question arises as to who will succeed him in 2027.

The recent years have brought unprecedented changes in the political parties’ landscape, leading to Macron’s double victory with a party non-existent until 2016. En Marche, now Renaissance, ultimately cast aside decades-old traditional parties such as the center-left Socialist Party and centre-right Republicans. They have not managed to score over 5% in the last elections.

The outright failure of Anne Hidalgo, mayor of Paris, who scored 1.75%, shows how the un-united traditional left had no chance to compete against the ever-increasingly polarised and untraditional parties that are the far-right and left and the personality cult of Macron.

As Christiane Taubira decided not to run in the elections even after winning the left primary organized by civil society, the left found itself broken down. Nevertheless, Mélenchon still drastically increased his support by convincing left-wing voters of his vote's ‘tactical’ nature.

Jean Lassalle, rural leader of Résistons! which scored 3,13%, stated that it had been a “Campagne de merde.”

Yet, Mélenchon claimed that his third presidential run has been the “most thrilling” so far, no doubt, as France 24 put it, “because it has cemented his status as the only powerful voice in a weak and divided left.”

The 2022 elections marked the end of the french parties as we’ve known them since the 1950s, and the left will have to adapt if it wants a chance at survival. Indeed, in 2027 when Macron is out of the picture, the 2022 second and third candidates, Le Pen’s far-right (23,15%) and Mélenchon’s far-left (21.95%), will most likely take over the dual. But, as Joseph Downing wrote, whatever the outcome, it will be “a radical government at the heart of Europe, and a clear challenge to the global economic and security order.”

Under his leadership, the coalition of the left means a strong chance at winning the parliamentary majority and propelling Mélenchon to Matignon as prime minister, which would block many of Macron’s social and ecological hopes. Mélenchon, as he put it, fiercely advocates against centrism and half measures.

But it also furthers both the polarisation of French politics and the dynamics of the extremes becoming centred and mainstream. The coalition is fragile, though, and some say controlled entirely by Mélenchon as his leftist partners —or rivals— have scored so poorly at the presidential.

Moreover, as the Guardian put it, the grouping of ideas is ever so polarised and will require “impressive diplomatic skills to hold together, and it is not clear that La France Insoumise’s leader possesses them.”

Yet, others have applauded Mélenchon’s passion for politics and rhetorics. “It’s the magic of politics, you can be interested in all sorts of things,” he said in an interview with the Journal du Dimanche in mid-March. “Until my last breath, I will be a political activist. I cannot live any other way.”

Born in Tangier in 1951 to French-Algerian parents of Spanish origins, Mélenchon moved with his family to metropolitan France at 11. He grew up interested in Trotskyism, took part in the May 68 protests, and worked in the press before joining the Socialists and staying there for 32 years. A life-long admirer of left-wing president François Mitterand, he became the youngest senator ever at 35.

Mélenchon’s radical views on NATO, retirement age, wealth tax, Euroscepticism, and other trendy debates, will still be hard to conceal amongst the other left-centrist parties of the coalition. Indeed, he slammed the Socialists’ door after disagreements on a draft European constitution which he feared would open to neoliberal economics in EU law. Later, Mélenchon stated that the Socialists were just an empty shell, devoid of ideas.

“We had to start from scratch, without dissociating strategy and program – whereas, with the old left, it was only strategy,” Mélenchon told Libération in April, referring to his party's creation, La France Insoumise, in 2016. What changed, he said, is “the growing environmental awareness of younger generations, and their radicalization. So I adopted it as the common thread of our ideological renewal.” “Other parties, including the Greens, failed to grasp the radicalism of this new political ecology. The old left chose not to embrace it, hoping it would go away quietly, but we made the opposite choice,” Mélenchon added. “We are the youngest political force on the left, and yet we are the largest, the better organized, the most coherent.”

But outside of the French youth, his vote is less attractive. The left lost a significant part of the working-class vote, going straight to Le Pen. In a study by the Foundation, Jean Jaurès argued that “the Mélenchon vote is neither a class-based vote nor a working-class vote.”

Mélenchon’s assignment for the next five years will thus be to chase after the ‘vote Populaire.’ Having secured it amongst the left, he must now convince that his political and ideological discourses are worth more than Le Pen’s talks of supermarkets, fuel prices, and house temperatures.

What would a Mélenchon versus Le Pen ‘second-tour’ mean? That’s still to say but what is clear is that when you close one eye, Mélenchon and Le Pen can almost appear increasingly similar. In their polarisation, the french are crying for protectionism. Inflation, the upcoming global recession, and the overall discontent with the neo-liberal Macron paved the way for two options: will we choose far-left or far-right protectionism?