Domestic labour: a de-normalization of its lack of retribution and visibility in today's society 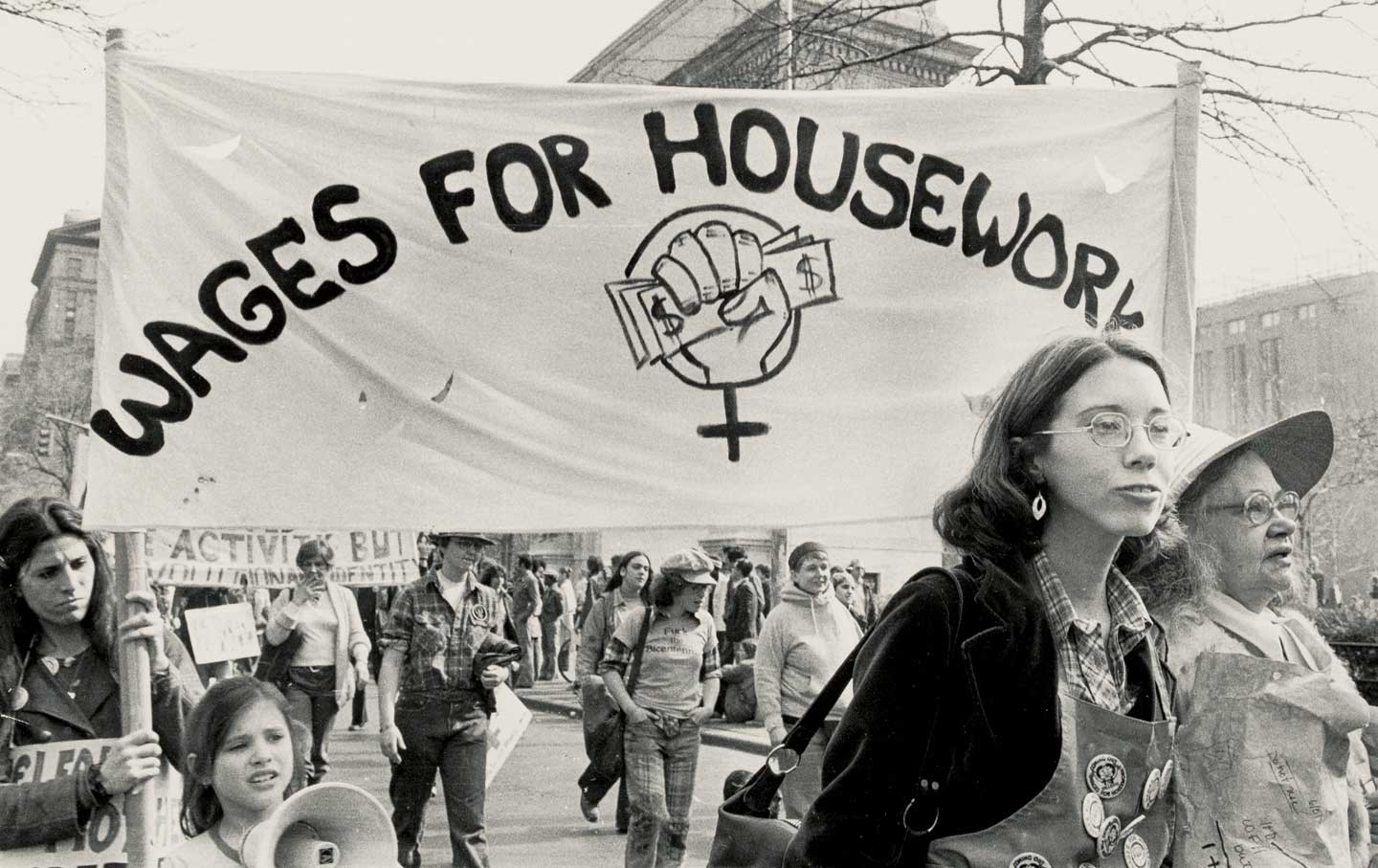 Housework, also referred to as domestic labour, is estimated to take up around three to four thousand hours a year in a woman’s life.

Angela Y. Davis, African American activist and essayist has analysed the roots and the development of domestic labour and its intrinsic relation with the female gender in her work “Women, Race and Class”, 1981. In this work, Davis has tried to trace back to the roots of domestic labour and how it developed to be solely women’s work with a backward path that starts with the institutionalisation of private property. As private property was socially recognised, domestic labour started to develop unanimously with sexual inequality. Davis analyses pre capitalistic societies supporting her thesis with the studies conducted by Friedrich Engels in “Origin of the family, private property and the state”, 1844. There, housekeeping mansions had the same value as the animal hunting activity usually conducted by men, women implemented the economy of one society as much as men did. As private property developed and proto-capitalistic societies began to root, the domestic work diminished its social status losing self-referentiality as capitalistic work started to gain a higher social status. As money represented one job’s value, in a capitalistic society what was starting then to be recognised as real labour, which functioned outside one house’s wall, was retributed; domestic work was left unpaid, apparently not giving signs of material productivity in the economy of the society. Men played a central role in the ever-growing industrial society as jobs in the “outside world” were mainly delegated to them, whilst women were the ones adept to the housekeeping and care of children, a tradition that traces back to primitive societies which back then used to hold more worth than it did, and still does, in capitalistic societies.

That is why Angela Y. Davis affirms that housework is commonly approached with obsolescence, being considered as a dutiful mansion that is being noted only when missing: housework is taken for granted, one notices it only when it is not completed, when beds are unmade, kitchens are dirty, and clothes are not washed.

Davis highlights how the industrialisation of housework is a possible way to give value to such labour and implement the economy. She talks about a de-privatisation of the domestic labour and training of well-paid workers who can move from house to house, this being a state-managed practice, that potentially avoids workers' exploitation and off-the-books payments. The author investigates how the capitalistic industry contrasts this revolutionization of such work. In fact, she argues that a capitalistic economy has little to gain from the industrialisation of domestic work as it would mean the socialization of housework. Therefore, it would request many statal subsidies which could not be used to invest into other economic sectors, more immediately fruitful to the capitalistic economy.

This is a well-supported analysis that helps to detect the reason why domestic labour is still something left unpaid and rendered invisible in the society we are living in, and it will help in the following analysis on how it influences one woman’s life and her work possibilities in contemporary society.

As UNWomen focused on gender equality and women's emancipation, their statistics show that women carry out at least two and a half times more unpaid jobs than their husbands’, having to bear housekeeping mansions and childcare. This leaves women less if not any time to devote themselves to a paid job which can guarantee them personal and economic safety from the state. Not working for a job that pays and guarantees contributes to retirement for a whole life, or at least a part of one, dramatically impacts a woman’s life. In the present, women have to lean on the man’s work when such presence exists in their life, but also in the future: without paid work, retirement is a non-existent accomplishment that impacts both the mental and the practical stability of one’s woman's life.

In addition, in the case of family separation, if the woman has concentrated her time in domestic work, it is an economic problem for the wife to split from the husband as a matter of financial dependence contributed to their couple dynamics. In “How families reproduce the inequalities of capitalism”, the author Sybille Gollac illustrated how the model of today’s families still increase gender inequality when it comes to finance-managing solutions and relations of power consolidation. Gollac, co-author with Celine Bessière, shows how the income gap grows from single workers, 9%, to married couples where it reaches 42%, mostly because women find themselves lacking time for a job having to bear housekeeping work and childcare, things one mostly did not focus on in a single’s life. This is not a condemnation of the institution of families, neither an auspice to a single-scaled world, but it is a chance to reflect on dynamics of power inherent in families and how they mirror gender inequality, with the hope to dismantle all these hierarchical disparities which layered over time.

Last but not least, unpaid domestic work brings along the discussion around Gross Domestic Product, GDP. Actually, domestic work is not included in GDP calculations yet, despite many battles conducted by numerous renowned activists in the past, such as Italian-born philosopher Silvia Federici or Phyllis Deane, some of the first to battle for this right. What is taken into consideration is that domestic work does contribute to one society’s economy, consequently to GDP. The ongoing economic production is factually enhanced by the presence of unpaid workers who allow the economy to keep spinning without being protected by any right and they give out their time for free allowing workers in the “visible economy” to have more time to work and gain money.

The invisibility of domestic work is positive to the enhancement of capitalistic economy, so that profit can enlarge itself and spread further and further to few people so that the many contribute to the fortune of the few.

Protests have been made and the social debate around this theme has grown lately due to the pandemic and the lockdowns around the world that followed along. During the various lockdowns, as time literally stopped for many, a space for reflection has had the time to grow to a greater extent. The pandemic has given the chance to millions of workers to rethink their job solutions and domestic work has been highlighted again with people staying at home and noticing what usually went unseen pre-covid.

What remains unsaid is the profit the current economy gains from the maintenance of domestic work as unseen and unpaid. Nonetheless, many women do not even have the chance to realize how something they do every day materially impacts the economy, as a vision of unpaid housework has been normalized. It is important to de-normalize relations of power and domination in order to activate a process of self-awareness and acknowledgement that can awake one’s self-value as worth of retribution and rights protection.