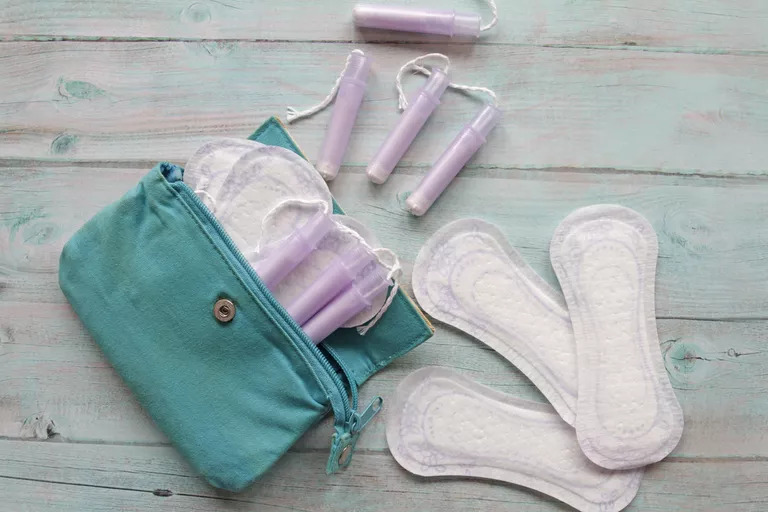 The majority of us were first exposed to the notion of "periods" through television commercials for sanitary napkins. Unfortunately, in the lack of any debate on menstruation, in the mainstream media or society, such advertisements can either exacerbate the existing stigma or kickstart a revolution of normalizing and destigmatizing periods.

However, most sanitary napkin advertisements appeal to society's supposed claim on, "decency" and "morality" to market their products. Which gives the incentive to reinforce misinformation and negative stereotypes about women's bodies and issues. These advertisements target the audience to whom they wish to market their items but become responsible for misinformation about periods.

The majority of these advertisements are designed to capitalize on the concept of "women empowerment." Wearing a wings sanitary pad, for example, can give you wings to achieve success, climb a mountain, or even win an essay competition. This is a very far away cry from the truth and accurate depiction.

Will sales of these items plunge if they show menstruators experiencing pain, cramps, and mood swings during their periods?

These advertisements perpetuate the assumption that menstruating women do not experience any challenges that require at least a thought and show menstruating women in such an unrealistic way. As a result, the demand for a paid period off is almost negligible.

Any sanitary napkin advertisement will only feature upper-caste educated, fair, and cisgender woman. The stigma is not just about menstruation, it is a lot more than that.

Although this is true of any advertisement, sanitary napkin advertisements have a lasting impact. As a result, such advertisements reject the existence of period poverty, in which a million women around the world lack access to menstrual hygiene products or clean sanitation facilities.

Furthermore, showing exclusively cis-women characters reinforces the notion that menstruation is a "women's concern" that men have no place in. It also perpetuates the idea that all women, and only women, bleed. Transgender men and transgender women may or may not have periods.

Not only the commercials but the sanitary products themselves are too ‘feminine,' ‘flowery, and pink,' potentially alienating trans males and gender non-conforming persons, especially in the absence of any media representation.

Kenny Ethan Jones, a transgender model, and activist spoke about his personal experience as a menstruating trans man, emphasizing his physical and psychological suffering. “Having a period causes me a lot of [gender] dysphoria already, but this dysphoria increases when I have to purchase for a product that is labelled as ‘women's health,' and is usually nice and pink.”

Similarly, Claire Rudy Foster, a nonbinary trans writer, stated that the gendering of "feminine hygiene goods" is the source of their pain with menstruation.

Except for Whisper's ‘Touch the Pickle' ad campaign in 2014, there is little or no discussion of the taboos that rule the lives of menstruation women in India.

Furthermore, the majority of these advertisements are preoccupied with the concept of ‘hiding.' Hide the bloodstain, the odour, the sound of the pad opening, and a lot more. The idea of concealment implies that period stains and odours are disgusting, filthy, and embarrassing and should be avoided by all means. People could feel less ashamed and horrified by their blood if such advertisements normalized bloodstains. This also raises the issue of why women in these advertisements bleed blue.

The blue liquid is featured in every advertising for sanitary napkins. This blue liquid represents "blood," which is used to demonstrate the product’s absorbency. However, why do these advertising use blue liquid to depict menstrual blood, whereas other similar advertising, such as those for sports equipment or first aid supplies, use red liquid?

Pick up any film or television program. Even if the audience is U (Unrestricted), the blood shown will still be a crimson-coloured liquid. Many people are confused about why women bleed in the first place because a similar blue liquid is used to indicate urine/faeces in diaper advertising.

Menstrual blood, should not be compared to pee or faeces since it is seen as waste, unclean, and medically hazardous, but period blood is dead cells, impure blood & mucus. As a result, the idea of displaying blue liquid is to reinforce the existing cultural stigma associated with period blood.

According to the ethical principles of advertising board, “the norms of the moral order must also be applied when it comes to advertisement.”

Furthermore, likings and controversy must be considered, leading to the conclusion that these advertisements are pandering to society's socio-cultural goals and moral standards, which regard period blood as disgusting.

While this is not restricted, to the guideline, the current so-called morality is shown in the advertisement legislation, and it limits the content of such commercials.

Take, for example, the definition of the indecent portrayal of women in section 2(c) of the 1986 Indecent Representation of Women (Prohibition) Act: “Indecent portrayal of women” is defined as “the depiction in any manner of a woman's figure, shape, or body, or any portion thereof in such a way as to have the effect of being indecent, disparaging to, or demeaning women, or is likely to deprave, corrupt, or harm public decency or morals.”

Could showing menstrual blood in such advertising be regarded to harm public decency or morals, resulting in the punishment as someone in the society defines it to be imprecise and regressive?

Although no Indian sanitary napkin advertisement has attempted to address the misconception. There are international advertisements that do so. Let us take a look at some of these advertisements and see what they got right.

Bodyform's commercial, titled "Blood Normal," not only normalized portraying blood as red but also featured men buying pads, women pulling them out, asking for one in a group, or sharing one in the classroom to someone in need without guilt or inhibitions.

It brilliantly depicts the frustration, despair, and mood swings that women experience during their periods while also touching on the problem of period leave and working from home, which goes beyond the romanticization of period pain. The commercial concludes with the phrase, "Periods are naturally displaying them should be too."

Similarly, a Thinx period underwear commercial imagines a society where males have periods as well, were bleeding, begging for tampons from a coworker, or just dumping their pads out of your school locker are all acceptable.

It also discusses receiving your first period, how to notify your spouse you are on your period, and concludes with the notion that if we all had periods, we would be more comfortable with them.

The inaccurate portrayal of women wearing all white clothes and being very joyful and active when on their period was revealed in a Libresse sanitary napkin commercial. “It is time we got genuine about sanitary pad ads,” their product ad says. There will be no bullshit, no pretence!.”

Finally, when showing periods and menstrual individuals to pitch their products, advertising needs to be more inclusive and authentic. Besides promoting their product, these commercials must utilize their platforms, and agency in a way that weakens, rather than strengthens, the culture of silence, and shame.

This promotion is necessary because it can alter how society perceives and thinks and how aggressive marketing encourages women to begin wearing pads.

An Evolution of Education