Education System and Reforms in Madrasas 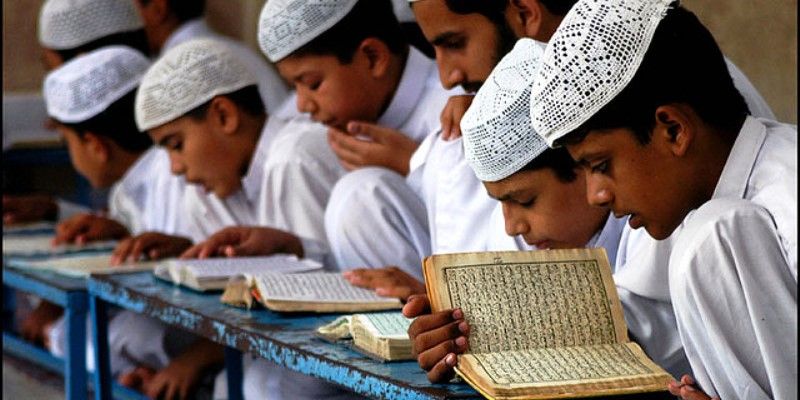 We all heard about Madrasa (Islamic educational institute), but many people don’t know what it exactly means and how are these Madrasas run systematically? So first let me tell you about it, Madrasa is an Arabic word for any type of educational institute, Secular or religious (of any religion), but outside of Arab country, the word Madrasa is especially referred to the Islamic religious school or colleges, in which they study about Islam as well as modern subjects.

The first madrasa was established in the 11th century by Nizam al-Mulk in Iran, called “Nizamiyah”. After this, the madrasa’s construction spread rapidly in the Muslim world. These Madrasas have still existed, some are recognized and some are unrecognized, According to the Ministry of Minority affairs information in 2018-19, there are a total of 24,010 Madrasas located in India, of which 19,132 are recognized and 4,878 are unrecognized. Most of the Madrasas are largely run by private religious sectors, however, in six states- Uttar Pradesh, Bihar, Madhya Pradesh, Chhattisgarh, Bengal, and Assam, a large number of madrasas are state-funded. Recognized ones and those who are affiliated with the religious sector got financial support easily but for the unrecognized and small madrasas, it is hard to get financial support, they mostly run on donations which are given by Muslim community such as Zakat and Sadqa. Due to a shortage of financial support these unrecognized madrasas run into trouble, like example – many of these under-funded madrasas students could not have proper facilities not even proper clothes and even teachers are not paid appropriately.

Now let’s talk about, what is taught in Madrasas? Mostly Madrasas do not offer basic education which is essential for daily life and subjects which are taught in mainstream school and colleges like English, Hindi, math, science, computer knowledge, etc. In a very few Madrasas these facilities are available but in such a basic way. A typical Islamic school usually offers two main courses, first one is a Hafiz course (to memorization the entire Quran – the holy book of Muslims) and the other one is an Alim course (a person becomes an accepted scholar in the community after this course). In the most Islamic educational system, there are 3 stages of education- Primary education, Secondary education, and Higher Education.

According to Ibn Sina (an Islamic scholar and philosopher) Children from the age of 6 should be sent to Maktab School, where they will learn primary education until the age of 16. In Maktab school children will learn about the Quran, Islamic literature, ethics, grammar, basic manners, and many manual skills.

After the age of 16 and after passing out from the Maktab, students should be allowed to choose and specialized in any subjects they are interested in, no matter whether it is literature, science, manual skills, medical, commerce and trade, preaching, geometry, or any other career or profession they want to pursue.

The term madrasah is referred to higher education, it is a college-level study in which ‘religious science’, as well as ‘secular science’, are included, such as mathematics, philosophy, logical reasoning, etc. and some madrasas have extended their subjects like history, physics, medical, ethics, music, astronomy, chemistry, etc. Not in every madrasa, these facilities are available because the curriculum of the Madrasa is usually set by its founder or the charity that manages these.

There are some major challenges faced by Madrasas that need to be reformed for a better future like the absence of objectives and definite aims, away from technology for better learning, old technics of learning and teaching, lack of basic facilities like proper classrooms, buildings especially furniture, basic study equipment’s for learning, coordination problem between Madrasas and Maktab, not so good financial management, poor system of examination and evaluation, etc. these are the major issues with many Madrasas, the religious study is important but secular education is also important for a better future.

There are some suggestions by observing the condition of Madrasas-


Like madrasas, there are Sunday schools (run by the Christian community) which is also offer education but have a religious side, but the difference between Madrasa and Sunday school is Sunday school welcomes other religious person but madrasas don't. But mostly both are not secular and they teach many unscientific things and partial opinions. Like there is an incident in Kerala in which a Muslim Preacher Mujahid Balussery said in his speech that "Send all Muslims of Kerala to Mujahid mosques just on Fridays and we can turn Kerala into Islamic state within 10 years" he said. We don't want this type of mentality to convey to our upcoming generation, that's why secularism is important for every religious person.

Madrasas is not a matter of today, it has been going for many centuries. The only thing is in earlier times, there was no need for secular education, so it was fine to study only religious studies and basic life lessons, but in today's as secular education is very important for surviving as well as for a better future, and these institutes should have updates and must keep up with the times. We accept that religious study is important but only religious study is not enough. Prepare your children or students in such a way that when they go out, they should not be afraid of seeing the outside world but can easily face it. And should give children choice to choose subjects or career according to their interest. Madrasas will need to be revived to meet the challenge of the modern world, need to emphasize to expand the base of the quality of education and science, information and technology, because it is needed in our present era of competition.