Feminism is not just another word. Nowadays, it has started to begin the identity for some humans, be it a male or female. If we mark up the definition of "Feminism" in the thesaurus, we can easily find these statements:

1. The support of women's rights based on the equality of the sexes

2. The method of the political, economic, and social equality of the sexes

3. The faith that men and women should have equal virtues and chances

4. The theory pushing socio-political rights of women equal to those of men

Let us begin with the simple definition of Feminism. Feminism is about all genders having equal rights and opportunities. Feminism started as a form of the strike against the social order that confined women to assigned gender roles such as household, taking care of the family, birthing, and managing other chores. Then it moved towards the unorganized, multi-faceted agreements for economic, civil, and political rights that were not given to the women of the country. Today, Feminism has expanded to include the evolving spectrum of gender, sexuality, and intersectional dynamics. 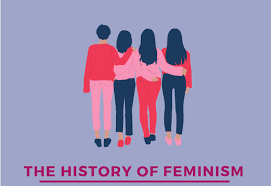 Feminism, as stated by the Oxford dictionary, is "The advocacy of women's rights on the ground of the equality of sexes". According to the Cambridge University, it is " the dogma that woman should be provided the same rights, powers, opportunities as men and treated in the same way, of the set of activities intended to accomplish the state". The first surge of Feminism came in the 19th century and early 20th century, which focused on legal disparities and explicitly addressed women's suffrage. The following two waves in the 1960s-1980s and 1990-2000s broadened the debate to cultural and social strains. Certain activists criticize the wave structure of Feminism for its specific single linear approach. Times have changed drastically, and so has Feminism but what hasn't and shouldn't change is what it is at its core.

"A feminist is anyone who recognizes the equality and full humanity of women and men", Gloria Steinem.

Today, amidst a plethora of information available, many people are still unaware of what Feminism stands for. All the chaotically sorted mesh of data has given rise to a massive web of misconceptions and myths that has now captured the wheels of the movement "feminism". 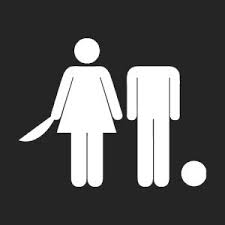 Feminism is a movement or a path towards equality and collaborative cooperation among all the gender. When talking about equality, the intention can never go wrong because equality is the state of being equal, especially in status, rights, or opportunities. It is a progressive concept that will remain relevant for society. Feminism does face extreme resistance from all sides. One of the most widespread accusations against Feminism is that it harbors and encourages man-hating morals.

Feminism talks about the equality of gender not be identical. No gender can be similar. So, many people argue that they aren't the same as their bodies are different; for many, it is weaker than the opposite gender. Because of the physical differences, it seems that equality is not possible. It isn't easy to understand that equality doesn't mean the same. In the end, it is about equal rights and equal access to opportunities. By no means does that indicate that feminists hate men.

If we break down the word "Feminism", it is generally connected to the terms "female" or "feminity". Thus, one must never get confused and interpret that Feminism is all about glorifying women.

What are the reasons some people push back on Feminism today?

It is the perception, not the people, that causes resistance. The stereotype that feminists despise men is exclusive, reflecting only the interests and goals of a single race and ethnicity. People push back for a variety of reasons when they do so. They may assume that history does not reflect who they are at times. They might go back because they don't want to be labeled.

The most common misconception people have is that feminism advocates the superiority of women. In reality, it supports that women should not be deprived of any opportunities because of their gender. It is equality they ask for and not superiority or privileges. All they desire is to live as freely as their opposite sex. One easy example would be the pay gap between male females for the same work.

Another absurd misconception about feminism prevailing in society is that feminist women can not be caring, loving, cheerful, and are rather aggressive and dominating in nature and angry at the world. While it is said to be a misconception, it is more of a prime example of the stereotypes in society abt the boxes the women are supposed to fit into. Being cheery or not or humorous or any other such trait is a personal choice and has nothing to do with being a feminist. Being a feminist means believing in rationale.

Being a feminist puts a question mark on how good a homemaker a woman can be. It has been generalized in people's minds that a lady capable of speaking for her rights and voicing her opinion would not be capable of being a homemaker. It is believed that feminism goes against homemaking and woman nurturing families. While in reality, it neither contradicts the concept of the woman staying at home nor entirely supports it. It talks about the freedom of being either a homemaker or a working woman, or both. All that it asks for is that it should be up to the woman in the center. Again, the fact that homemaker is quite limited to females only is another stereotype contributing to the misconceptions and forcing the women to fit into a box that they have made.

People have for a long time now believed that feminism is about man-hating and that they do not believe in the institution of marriage. Once again, feminism has never advocated divorce for separation. All it has fought against are the differences in opinions about the marriage of daughters and sons in the family. It goes against patriarchy and not men or marriage.

A popular notion in society is that feminism only supports women and that males can not be feminists. Nothing can be more wrong when it comes to defining feminism. It fights for equality, fights against the patriarchy of which men are victims. The school of thought behind Feminism can be understood by anybody believing in equality, and you don't have to be of a particular gender to be a feminist.

Discourse on the Thuggee Tribe of British India

Bollywood Masala Movies: its effect on Indian Cinema and audiences