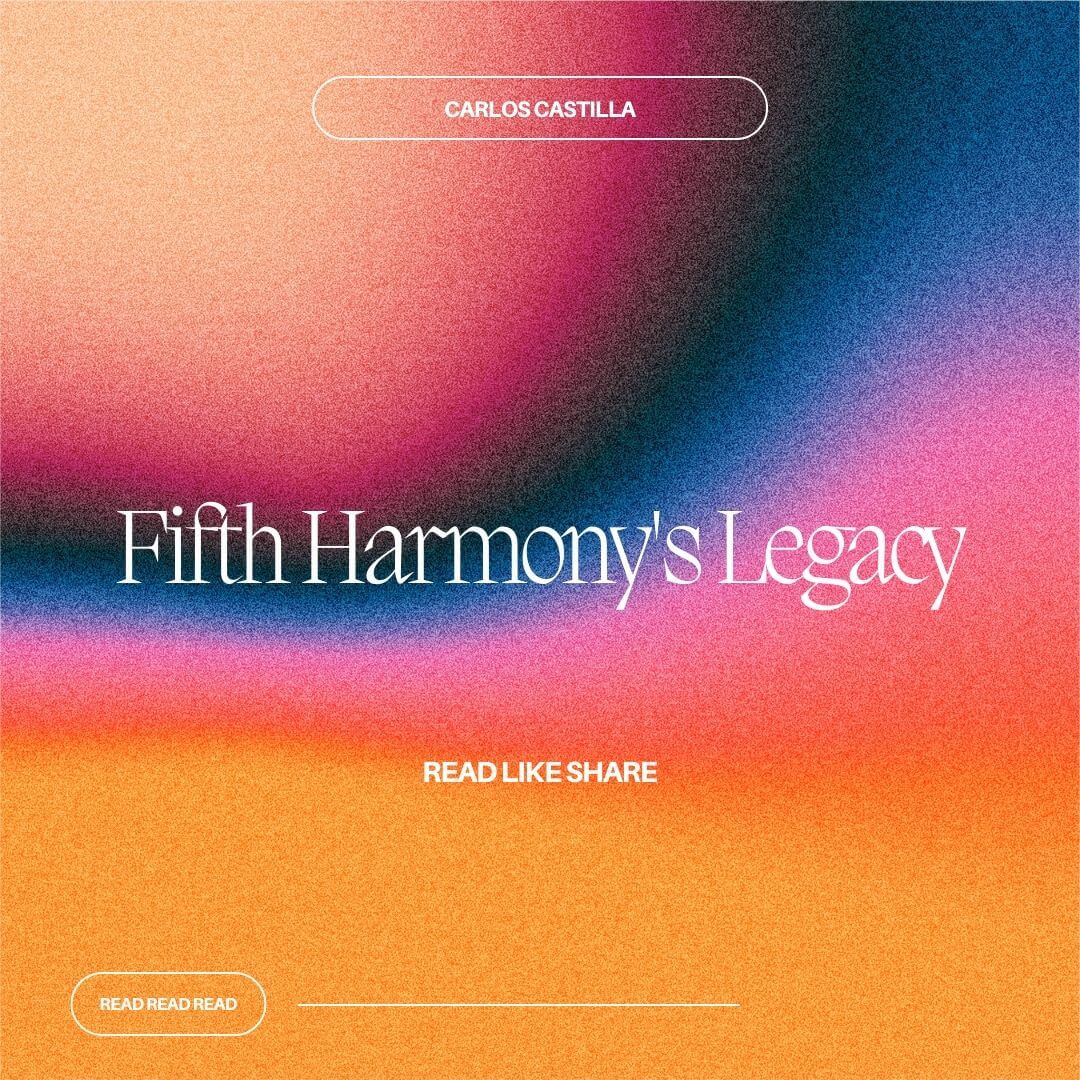 This article aims to discuss the timeline of Fifth Harmony’s successes and overall impact on the music industry as the leading girl group of their generation. This paper dives into their inception, the release of their first single, and the success of their albums and hit singles like "Worth It" and "Work From Home."

Fifth Harmony has earned the right to enter the Girl Group’s Hall of Fame for their impact on Harmonizers, their fan base, and the many accolades and records they have broken throughout their busy time.

We need to start with the group’s conception to better understand their impact. The group was formed on "X-Factor" by celebrity judge Simon Cowell on July 27, 2012. The five members, Ally Brooke, Camilla Cabello, Dinah Jane, Lauren Jauregui, and Normani, all auditioned as solo artists. Still, the judges saw potential in them and put the girls in a group despite the judges eliminating them as solo contestants. They had two names before coming up with Fifth Harmony: LYLAS (Love You Like A Sister) and 1432.

Although Fifth Harmony fought hard for the number one spot on the X-Factor, they won third place. However, Cowell ended up signing them as a group.

They later released their second single, "Me and My Girls," which was part of their Extended Play (EP) titled "Better Together."

The girls received their first award on April 7, 2014, which was the Shorty’s Band Award.

Following nominations for Best Breakout Artist and Best Breakup Song, they released their first single off their debut album, "BO$$."

A music video that showed the girls’ upgraded dance skills accompanied this single. They had a full-length choreographed song that they would perform for each stage of "BO$$," except for the acoustic performances of this song. However, this marked the first time a member did not get a solo in a piece in both the studio and live versions of the song. Dinah Jane did not get a solo in "BO$$" until Camila’s departure a few years later.

Unfortunately, radios banned airplay for “BO$$” because, in the song's chorus, they mentioned Michelle Obama, resulting in the music being considered politically controversial. This did not stop this single from bringing in new fans, and it even caught the attention of the Obama family. Fifth Harmony met the Obama family, and Michelle Obama told them, "Girls, that’s my workout song."

Fifth Harmony titled the second single off their debut album “Sledgehammer.” This was the second song where Dinah did not receive a solo part. However, this song became the group’s first entry into the top 40 of the Billboard Hot 100.

Consequently, Fifth Harmony released their debut album, "Reflection," on February 3, 2015, which spawned their third single, "Worth It." This single peaked at number 12 on the Billboard Hot 100, their highest entry. This was the third single where a member didn't have a solo; this time, it was Lauren Jauregui. The first time they had a major headlining tour was in March 2015, when they went on the Reflection Tour, which ended in January 2016 in Dubai.

Fifth Harmony was moving towards their sophomore album, "7/27," the title inspired by their anniversary date. It was also their last album with Camila Cabello. The first single off this album was the hit single "Work From Home," featuring Ty Dolla Sign. It peaked at number 4 on the Billboard Hot 100, making it their highest-ever entry onto the Billboard Hot 100.

"The Life" and "Write On Me," were two promotional singles released to help create anticipation for the upcoming album. But neither single came close to the success of "Worth It" or "Work From Home."

The third single, "That’s My Girl," received its music video in September of that same year.

The release of "That’s My Girl," Fifth Harmony’s third single off of "7/27," allowed Fifth Harmony to perform it live at the 2016 American Music Awards. This performance featured a stage that looked like they took it right out of the original music video. The stage setting was reminiscent of the aesthetics and visuals of the music video. The outfits, from head to toe, were identical or similar to the ones they had in their music video for "That’s My Girl."

As Fifth Harmony seemed to find great commercial success in 2016, Camila Cabello announced her departure on December 18, 2016. The quintet group now becomes a quartet. Fifth Harmony refused to change their name or search for a fifth member. They claimed the missing member was the Harmonizers.

An exact month later, Fifth Harmony performed as a quartet for the first time on the People’s Choice Awards stage with their hit single, "Work From Home," to kick off their new career and rebranding as a four-member girl group.

Their comeback single was "Down," featuring Gucci Mane. "Por Favor," featuring Pitbull, and "He Like That" were other singles released from this album. These songs unfortunately did not come close to the same commercial success as "Worth It," or "Work From Home." Although the public did not receive these singles as well as past singles, faithful Harmonizers advocated for others to stream the songs on music platforms not limited to Spotify and Apple Music.

The PSA Tour featured songs from their newest album and had its first show in September 2017. For the first time in their careers, the members of Fifth Harmony had fair line distributions across all of their performed discographies. Fifth Harmony redistributed Camila’s parts to other members who did not get many lines in songs, which made fans excited to hear who would sing Camila’s senior positions.

However, tragedy struck Harmonizers everywhere in March 2018 when Fifth Harmony announced they were planning on going on an indefinite hiatus after they finished the last part of the PSA Tour. Fifth Harmony did not release a date for when they’d come back from their breaks.

Since their hiatus, the Fifth Harmony members have pursued solo projects and found success in each of their endeavors.

The legacy of Fifth Harmony will forever be written down in history, as they broke records set by past girl groups before them and for their leadership in the music industry.