For a new globalization: the relevance of Milton Santos' ideas and legacy 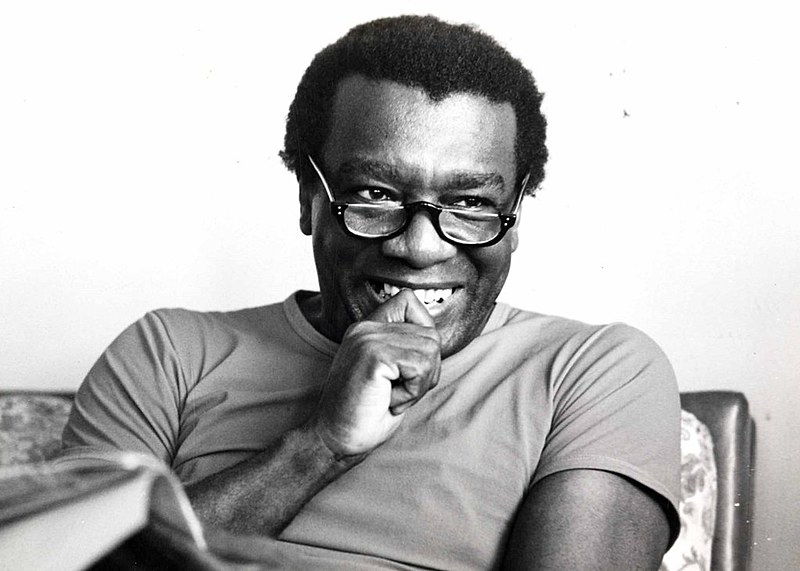 Some scholars dedicate their lives to analyzing their era but end up going beyond seeing years ahead of their time. The geographer and intellectual Milton Santos was one of them, challenging those reduced to accepting the world as it is. To Santos, it is necessary to question the consensus already established. Thus, he set out to think about geography and space along with the social transformations resulting from its structure. His analysis earned him the Vautrin Lud International Geography Prize, considered the “Nobel Prize in Geography”, remaining the only Latin American to receive it.

Born on May 3, 1926, Milton went beyond academic walls developing new understandings of cities, spaces and territories. Connecting not only the fields of geography but also economics, sociology and politics, perhaps one of his most current and world-renowned critical reflections was on globalization. Calling attention to the social inequalities enhanced by the way globalization was posed until then, according to him, in a perverse way. He reflected on the subject and presented the need to think about another model of globalization. Today, his views are increasingly necessary, and his analyzes are essential for understanding the current world in the international political dynamics of the Global South and North.

In the 1980s, Milton Santos already talked about a process that would soon be named globalization. Mainly due to this view that each territory, country, and space is individual, with its own culture and problems, he was against how globalization was presented as a unique alternative to the world to solve crises in the poorest countries.

"The world as they make us see it" is defined by the famous idea that when information is repeated, people start believing it. The same reality, in his perception, can be applied to the idea of ​​globalization, considering the myths that surround it. The fable is used as a means of confusing the perception of the world, for instance, on freedom and communication. It is a fact that globalization not only the types of communication have expanded, but also allowed quick access to any part of the globe instantly. Nevertheless, Santos warned about the danger of having information control done by a select group of people interested in maintaining the “establishment”, thus creating a fantasy world with distortion of reality and a false sense of freedom. With media power concentrated in the hands of a few, the media would then become a diffuser of a single thought and around its interests.

Currently, in Brazil, five families control half of the 50 communication vehicles with the largest audience, according to a survey carried out by the Media Ownership Monitor (MOM). In the United States, these companies are known as 'The Big 6', referring to the six media companies that own most of the media in the country. The fable, in this case, becomes the idea that freedom comes as an opportunity to voices, opinions, and different worldviews, while in fact, the news presents itself as very one-sided with the same worldview. Thus, the fable is used as a way to confuse the perception of the world and with that, distort reality so that perversity cannot come to light.

The world as it is shows that, for most people, globalization is imposing itself as a factory of perversities: rising unemployment rates, poverty, hunger and widening the inequality gap. To Santos, the perverse character of globalization is based on the emergence of a double tyranny: the tyranny of information, expressed in the way it is distributed to humanity, and the tyranny of money, which represents the engine of economic and social life. On the one hand, the tyranny of money has changed the world into a large production line, in which people must always produce more not to be swallowed up by competitiveness. To him, competitiveness has war as the norm. There is, at all costs, to beat the other, crushing it, to take its place.

On the other hand, subservience to the tyranny of money only became possible due to the tyranny of information that made it possible to spread a common dream to the world through a single model that has consumption as its absolute goal. It is indicated almost as a magical way of achieving happiness and well-being. Together they are presented as pillars of a situation in which technical progress is harnessed by a small number of global actors to their exclusive benefit. As a result, they form new totalitarianism whose bases are competitiveness, consumption and confusion of spirits - what Milton calls “globalitarismo”, a sum of globalization and totalitarianism.

The start of a new millennium showed both sides of globalization, the desired and the one predicted by Milton. What separated them, however, were precisely the “geographical barriers” expected to fall away. While some countries mostly benefited, others are still suffering the consequences of the economic crisis caused. The “transition” phase created a contingent of non-existent jobs and  the process which was supposed have a uniform character, actually sharped income concentration.

At a UN Conference in 2007, a group of representatives of the Least Developed Countries stated that the poorest communities do not benefit from globalization. They presented that the 50 countries considered by the UN as LDC (Least developed countries) represented that year 12% of the world population. However, they received less than 2% of global direct investment. At the time, the director of the UN Office for Least Developed Countries said that it was frustrating to see those who exalt free trade and the liberal market take the most radical protectionist measures that block all opportunities for developing countries.

While activities related to the development of technologies, for example, are concentrated in more developed countries, production activities, on the other hand, are focused in poorer countries. This is happens because it is easier to find cheap labour, lower requirements for labour rights, and lower costs, in addition to the “advantages” for companies regarding flexible laws for environmental protection. As a result, these countries become economically dependent of international companies.

Milton could see some, but not all, of the outcomes of the transition in regions such as Latin America, where countries suffered harsh consequences. A documentary made from a conversation with the scholar, “The global world seen from our side”, released in the year of his death in 2001, shows how this transition affected the population in countries like Bolivia, especially with a privatization boom.

After the Washington Consensus, the Bolivian government, pressured by the IMF and the World Bank, privatized water in the Cochabamba region. The popular response of a society formed by 70% of Indigenous and mestizos exploded in rebellions led by social movements. Popular pressure, however, forced the deprivatization of water. Later on, more than 70 people died in a protest for the nationalization and industrialization of gas and oil control. Privatizations and the opening of the economy led to a crash in the country. Factories were closed, companies were abandoned, and workers lost their jobs.

As a result of the current globalization model, developing and underdeveloped countries are increasingly indebted and dependent, poor populations becoming even more miserable, the environment deteriorating and being sold to rich countries. Globalization leveraged in development, technology and communications, has, in fact, its perverse side, especially for the poor people of the world.

The world as it can be: towards another globalization

Despite all the criticisms and considerations, Milton Santos was not against globalization per se. He was against the model in which it was presented, and believed that even though it was implemented in this perverse way, it is not irreversible. If society created it, they can also create conditions to overcome it. “Another globalization could overcome this globalization”, he says in his book.

Considering all the resources and knowledge on the planet that were used to build the “perverse globalization”, it would be possible to use this same technical base to serve other goals. “When we accept to think of technology in conjunction with politics and admit to assigning it another use, we are convinced that it is possible to believe in another globalization and a different world. The central problem is to retake the course of history, that is, to put people back in a central place”, he says.

Even written 22 years ago, Milton Santos' thoughts and vision could also describe much of the present day. It is enough to consider the unemployment rates, populations that once again face hunger, the informalization of work and the humanitarian crisis seen in people who have the streets as their home. The contradictions are immense, and the abyss of inequality only grows. The Covid-19 pandemic was proof of that. While the pandemic has put more than 160 million people into poverty, the world has gained a new billionaire every 26 hours, according to an Oxfam study.

Nevertheless, if we can be a little optimistic (and not naive) about the future, as was Milton, we can consider that nothing is permanent. We can outline another future if we allow ourselves to “counter the force of dominant structures”. Not accepting poverty, inhumanity and the depreciation of people as something common, and directing our actions to the construction of a more humanized world. As he says, there have never been systems in history so propitious to make life easier and to provide people with happiness. The cultural exchanges brought about by globalization, allowing a mixed culture and humanity, more enriched experiences, along with advanced technologies and new communication possibilities, can all lead to the formation of a new politics. He says it is not necessary to establish dates, or milestones on a calendar, but rather to consider the time of the possibilities created, and what each generation has to contribute. But of one thing he seems to be sure, the new and more human world will not come from the considered powerful countries. “It will not be a top-down construction, like the one we are witnessing and deploring today, but a building whose trajectory will take place from the bottom up”. Thus, it can be said that the future to come is not predestined or already written, but in fact, it is waiting to be outlined by those who do not resign in the face of injustice.