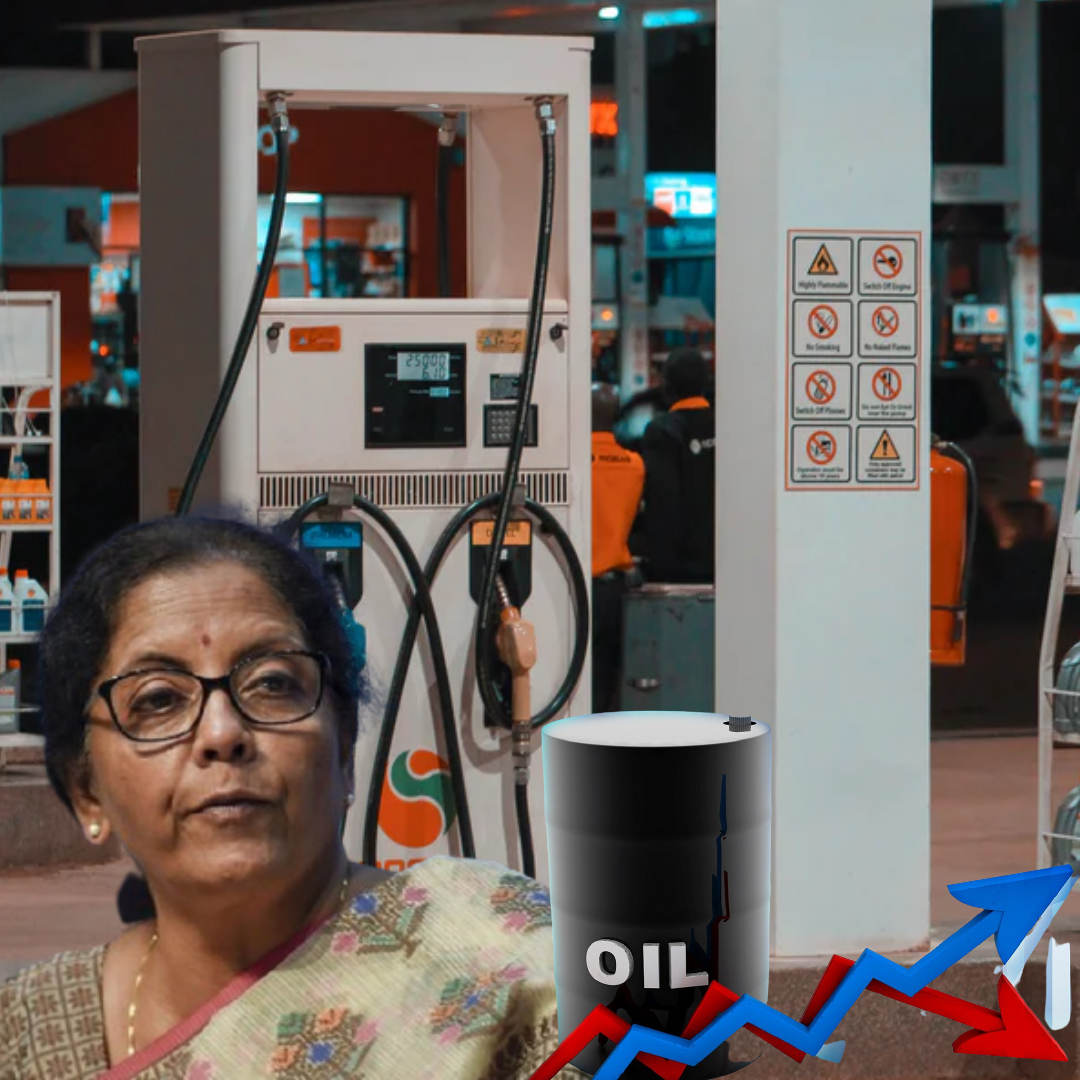 It is a standard criterion for any commodity in the market to be sold at a higher price when demand is more and supply is less and gets cheaper with a vice-versa case. However, given the all-time low global market price of crude oil, this issue now grabbed an extra mile of attention from the common public with equal outrage. However, this also remains an undermined and under-discussed topic by the politicians in power and media houses. Here is a look into how and why prices are uncontrollably high in India.

When the prices of Petrol and Diesel are at an all-time high in India, the discussion of price hikes is obvious and is very much debated. This accounts to one simple question in everybody’s mind – Whether the Crude Oil prices are high in the international market? But not all times are the obvious questions valid. Here is an insight about price hikes and a claim by the central government, which is predictable in the pretext of the ongoing Ukraine- Russia war and bearing the burden of UPA’s oil bonds.

India follows the dynamic pricing system, which replicates the global oil market’s price fluctuation on the local pricing phenomenon of petrol and diesel. After petrol and diesel prices were deregulated in 2010 and 2014 respectively, the government in 2017 further tightened its grip on price fixation by bringing in a new scheme that allows the state-owned OMCs to revise the prices daily instead of changing them once in 15 days on 1st and 15th of every month. This keeps transparency on the global oil market price change’s impact on India and avoids a waiting period of 15 days if the prices alter. On April 20, 2020 when crude oil reached beyond the rock bottom and saw a dip in global price by a whopping 306% which accounted an all-time low of negative - $37.63 per barrel on the New York Mercantile Exchange, the prices in India on May 1, 2020 were INR 69.59/lit and INR 62.29/lit for Petrol and Diesel respectively.

The fuel prices in India are calculated by two major factors, which are international crude oil price bands and levied taxes. While the international market value was negative when consumers were to pay less on fuel, the government hiked the central excise duty by the Department of Energy INR 13/lit and INR 16/lit- on Petrol and Diesel, respectively, accounting to a landmark achievement of Petrol reaching an INR 100/lit mark. Consumers were further ailed with increase on Value Added Taxes (VAT) by few state governments.

When the Central Duty Tax almost tripled in close to just a year and wailed about the global crisis as an “act of God,"; the situation in the neighborhood speaks a different story. Interestingly, all our neighboring countries have the minimum difference of INR 30/lit. That is, the price in Pakistan is close to half the amount of Indian Petrol price.

Unarguably, India’s price is relatively cheaper than many developed countries in the EU and Asia. However, the per capita income of these countries is much higher than India and doesn’t affect affording high fuel prices. Now with the opening of every country and commencement of regular travel and trade internationally and locally post lockdown, the value of crude oil continues to increase in India. The only instance when we saw a dip in fuel prices was in November 2021, when the excise duties were slashed by INR 5/- and 10/- on Petrol and Diesel respectively in the wake of upcoming elections in 5 states back then.

Now, there is a continuous surge in the fuel prices for the 8th time in 9 continuous days after the center began its hike's initiation process on March 22nd; 2022- post a gap period of 137 days.

This increases the excise duty on petrol and diesel by Rs 5.60/-. The move was highly anticipated as the polled states presented shocking results, with the ruling Central People's Party winning four out of five states.

Much to the reality, the crude oil prices also rose to 108.70 $ per barrel, adding more salt to wounds of ongoing Russian-Ukrainian war.

With a basic understanding about taxes that were levied on Petrol and Diesel at both state and national level, BJP led NDA government despite staying in power for 8 years, still blames the previous Congress government for high prices by not cutting import dependence. Also, the trending blame – oil bonds are most spoken of today. Oil bonds, in simple words, are assurance documents issued by a government to oil companies that claim repayment of loaned oil within a committed period alongside regular annual interest. The BJP issued its first oil bonds in 2002 at Rs 90,000 crore, which were carried over to the next UPA government, which settled the old bonds and started issuing new ones in 2005. Recession aside, crude oil prices rose to $147 a barrel in 2008 and the UPA government led MMS to issue oil bonds worth INR 1.44 billion by 2012 to prevent the public from being overburdened.  After the change of government in 2014, NDA still had the burden of INR 1.34 lakh crores in them; additional to payable annual interest of INR 10,000 crores. The adopted agenda behind repayments was primarily to pay the annual interest and evade the principal amount; until the bond reaches its expiration date. For any bond when the termination date appears, the borrower has to repay back the complete principal amount. This resulted in clearing a debt worth 3,500 crores for two bonds in 2015 to NDA.  Two more bonds are about to end by the end of 2022- doubling the burden for this fiscal year to INR 20,000 crores per annum with still a payable deficit of INR 1,31 lakh crores in the kitty.

However, when the question of possessing the repayable amount arises, the answer will be a huge and loud shout “Yes”. The entire debt of INR 1, 31 lakh crores was a reimbursable amount through excise duty collection by the center in just a year’s time which generated revenue of INR 1.34 lakh crores for FY 2015-16. With further rise by the government at the center on excise, the collections on Petrol and Diesel jumps by 88% to INR 3.35 lakh crores. This enormous plunge in the tax collection attributes to a fortune of creating the capacity to completely pay off all the oil bonds with still an outstanding balance of INR 2 lakh crores with the center. Despite the availability of factual data in the public domain, the ruling party conveniently dodges the question of fuel price rise. Things got worse when the ruling dignitaries claimed the profits made on fuel were used on vaccines, ducking behind the fact of the pre-allotted 35,000 core budget.  A free suggestion was further given to another ruling MLA to shift to Afghanistan under the Taliban rule as petrol is INR 43/lit. While the moralistic conscience fades, it is a common man who faces a wealth stripping exercise in a blinded democracy.