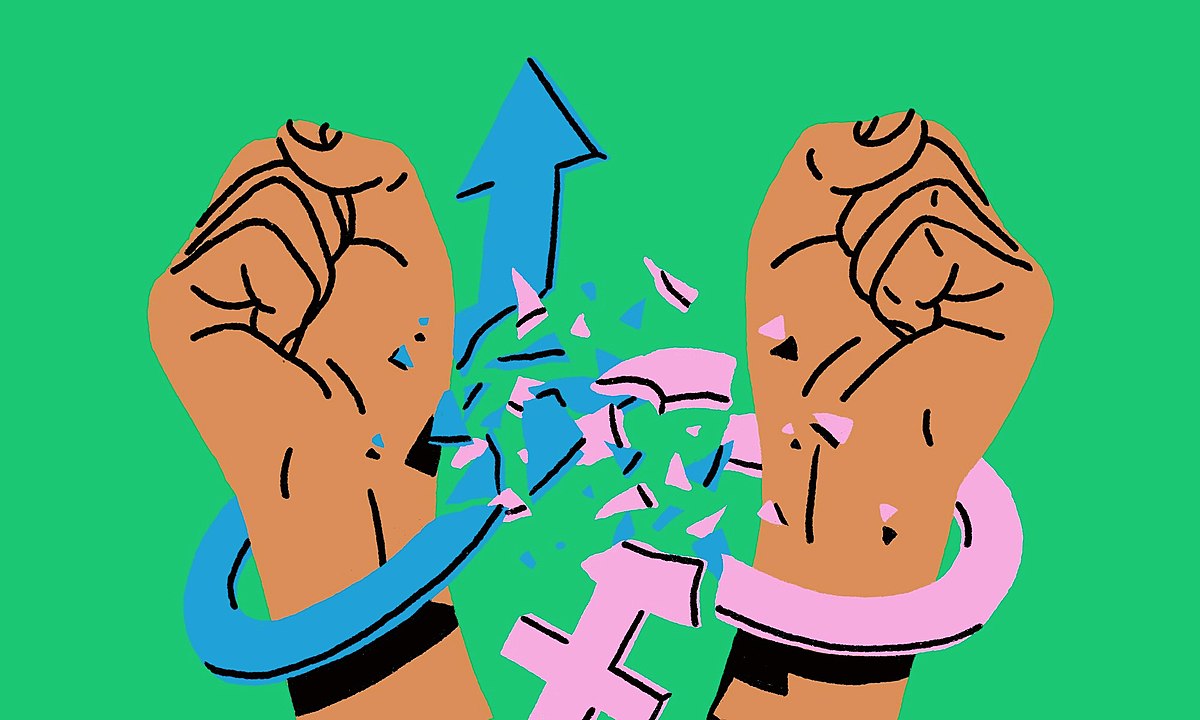 The concept of how we want a person to dress, act and show himself has been put in our society. Let’s get you some help.

What Does It Mean?

Gender roles in society refer to how we're supposed to act, speak, dress, groom, and behave based on our sex. Girls and women, for example, are expected to dress in traditionally feminine styles and to be courteous, accommodating, and caring. Men are typically seen to be powerful, aggressive, and courageous.

Gender role expectations exist in every community, ethnic group, and culture, although they can vary greatly from one group to the next. They can also alter over time in the same civilization. Blue, for example, was formerly thought to be a manly colour, whereas pink was seen to be feminine.

How This Piece of Sh*t Is Affecting People?

Even if it's unduly simplified and not necessarily correct, a stereotype is a generally accepted opinion or bias about a person or group. Gender stereotypes can lead to uneven and unfair treatment based on a person's gender. This is known as sexism (and you’ll be called a sexist).

Personality Traits: Women, for example, are frequently expected to be flexible and emotional, whilst males are sometimes expected to be assertive and truculent.

Domestic Behaviors: Some people believe that women should care for the children, cook, and clean the house while men handle the finances, work on the car, and fix the house.

Occupation: Some people assume that teachers and nurses are female, whereas pilots, physicians, and engineers are male.

Physical Appearance: Men are supposed to be tall and strong, while women are meant to be slender and elegant. Men and women are also required to dress and groom in stereotypically gendered ways (men in pants and short haircuts, ladies in skirts and make-up).

Hyperfemininity refers to the amplification of stereotypical feminine conduct. People who are hyperfeminine emphasize the traits they feel are feminine. Being docile, naïve, sexually inexperienced, gentle, flirty, elegant, caring, and welcoming are all examples of this.

Hypermasculinity is defined as the amplification of stereotypical male behaviour. People who are hypermasculine feature the traits they feel are masculine. They feel that by being aggressive, worldly, sexually experienced, insensitive, physically intimidating, ambitious, and demanding, they can compete with other males and dominate feminine people.

Gender stereotypes are detrimental because they prevent people from completely expressing themselves and their feelings. It's detrimental to macho people, for example, to believe that they can't weep or show sensitive feelings. It's also bad for women to believe that they can't be independent, clever, or aggressive. Gender stereotypes must be broken for everyone to be their best self.

How To Fight It Back?

Gender prejudices are probably all around you. You may have also witnessed or experienced sexism, or gender prejudice. There are methods to challenge preconceptions and make everyone feel equal and respected as a person, regardless of gender or gender identity.

Mention it: Negative gender stereotypes abound in magazines, television, cinema, and the Internet. People don't always notice stereotypes until they're pointed out to them. You can be that person! Discuss the misconceptions you've noticed with your friends and family, and educate people on how sexism and gender stereotypes may be harmful.

Be The Change: Be a role model for your friends and family by leading. People should be respected regardless of their gender identification. Create a comfortable environment for people to express themselves and their real qualities, regardless of gender norms and expectations in society.

Be The Voice: Challenge anybody who makes sexist jokes or comments, whether online or in person.

Try It Out: Think about whether you'll be safe doing something that isn't traditionally connected with your gender. Give it a shot if you believe you'll enjoy it. Your example will inspire others.

You're not alone if you've been battling with gender or gender identity and expectations. Talking to a trustworthy parent, friend, family member, teacher, or counsellor may be beneficial.

And to all the Sexists Out There, “GET A LIFE!”