GENDER SENSITIZATION: INEQUALITY HAS NO GENDER 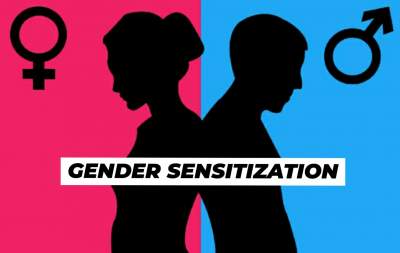 We are facing many social issues that are affecting our lives. Gender inequality is one of them. It has always been a major issue in our society. Discrimination against women begins before her birth and in every phase of her life. Now, men and women both face this issue where they are not treated equally in society. It is experienced differently across different cultures in our nation. Today, I am shedding some light on this sensitive topic of gender and its sensitization. It will help to change the current harassment scenario.

Gender sensitization refers to the act of changing behavior by raising awareness of gender equality. Gender sensitization is the combination of two words Gender and sensitizes. Gender refers to the socially constructed characteristics of women, and men while sensitizing is to make someone familiar with the issue. First, let us ask the question, what is gender inequality?

Gender inequality is a social issue that affects both men and women in the social context of India. People in our society experience inequality in every part of their life, in the workplace, at home, cultural norms in the justice system, and many more. According to the studies across family, career, personality, education, and interests, it is found that people experience gender equality across many domains.

Causes of Gender Inequality in India

Gender sensitization and its objectives for the wellness of our society

Gender inequality is a stereotypical gender binary for ages in our society. It is our responsibility to sensitize this social prejudice. Various programs, schemes, training centers, workshops, and campaigns are conducted by the government of India to raise awareness of gender inequality.

But then, where are we lagging? In my opinion, every citizen needs to get a proper education and a well-planned approach to learn about this sensitive topic. The government should also work in various participative and interactive sessions on ‘Gender Sensitization’ at various locations in our country. Also, there is a need to provide better knowledge of gender-based prejudice at all levels of society such as theatres, social campaigns, documentaries, and other communicational activities that could raise awareness. The most powerful way to eliminate this issue is by coming forward and taking a stand together. Both genders need to stand together to support and promote the wellness of their life. The opposite gender needs to overcome any sort of inequality.

As Gloria Steinem says, “A gender-equal society would be one where the word ‘gender’ doesn’t exist: where everyone can be themselves”.