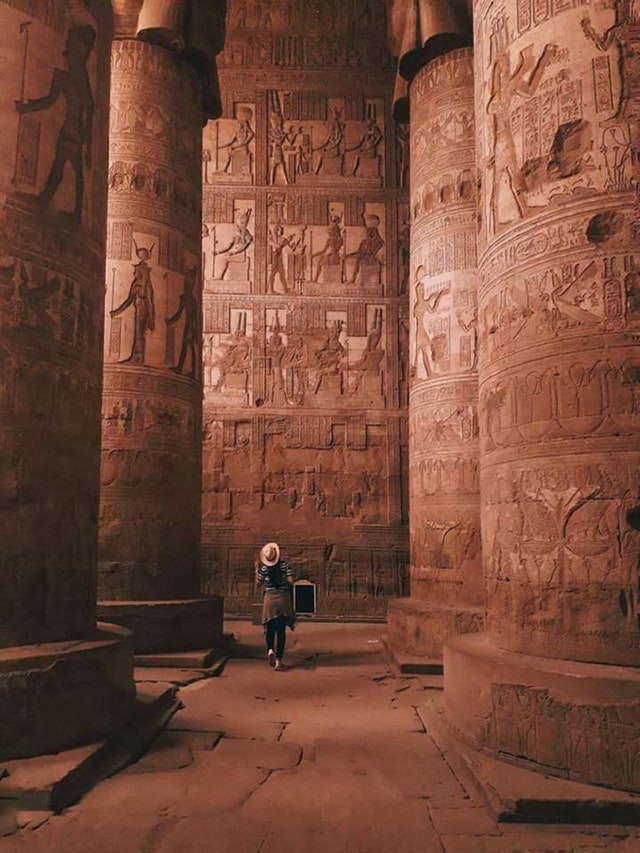 Isn’t that funny?! ...who is strange enough to travel to Egypt without ever seeing the world’s most iconic landmark, the pyramids?

The charming view of the pyramids across the Nile with the sunset hitting right over the top of the pyramids...disappearing slowly in a fascinating scene when you describe Egypt to any foreigner.

They’ve walked right in! But what I actually want to explain to you is that while the pyramids seem to be just part of a broader country rich in magic, treasures, diversity, and ancient buildings, Egypt solely contains more than 1/3 of the world’s monuments.

Egypt is much more than the Nile, pyramids, resorts, and desert; it is a mystery that can only be resolved.

Egypt has several destinations worth visiting at least once

With its nickname as the “world’s greatest open-air museum”, including temples, monuments, and tombs, the city reflects how great life can sometimes be.

The breathtaking Nile River view and places such as Hatshepsut’s Memorial Temple, Karnak Valley of the Kings, and Valley of the Queens.

When you leave Lu xor, know that it will live inside you, where its charm will stay in your heart, and that the stories carved on the walls will end up leaving you a new person than when you first visited.

I almost forgot to mention that you may have a wonderful above-the-sky view of Luxor city by joining a fantastic hot balloon ride; it is well worth it!

Aswan, with Elephantine Island, walking through brightly colored decorated Nubian villages, the desert temple of St. Simeon, and a Nile River ride at the end of the day, is a second spectacular, somewhat on list destination.

Aswan has historic temples, such as the Philae Temple.

When we talk about Aswan, we need to note the Abu Simbel Temple, which is still standing today, proving how tremendous efforts paid off by rescuing such a masterpiece from drowning in the Nile.

If you prefer nature and wildlife, the Ras Muhammad National Park in Sinai is a great spot to visit.

By prohibiting dynamite and knives in the area, the Egyptian Environmental Affairs Agency hoped to safeguard marine and terrestrial species, resulting in creating an underwater museum for extinct, rare sea fish and creatures.

Despite being the least populous governorate, South Sinai feels like a separate nation.

If you want to see a beautiful church, head to Saint Catherine’s Monastery, an Eastern Orthodox Church monastery that has been acknowledged by UNESCO.

With its people, heritage, atmosphere, and even food, Sinai is a one-of-a-kind experience. Sinai includes well-known cities such as Dahab, Sharm El-sheik, Taba, and Ras Sudr.

Yes, you read the article correctly. In Egypt, south of Bahariya Oasis, there is a beautiful white desert. Although Egypt lacks ice, the white desert is no less beautiful.

If you enjoy science fiction or fantasy films, the white desert is where you should see them.

Finally, if you’re watching TV one day and there’s a scene with the pyramids in all their glory, don’t become too attached to it as an Egypt symbol because many more are waiting for you to see.