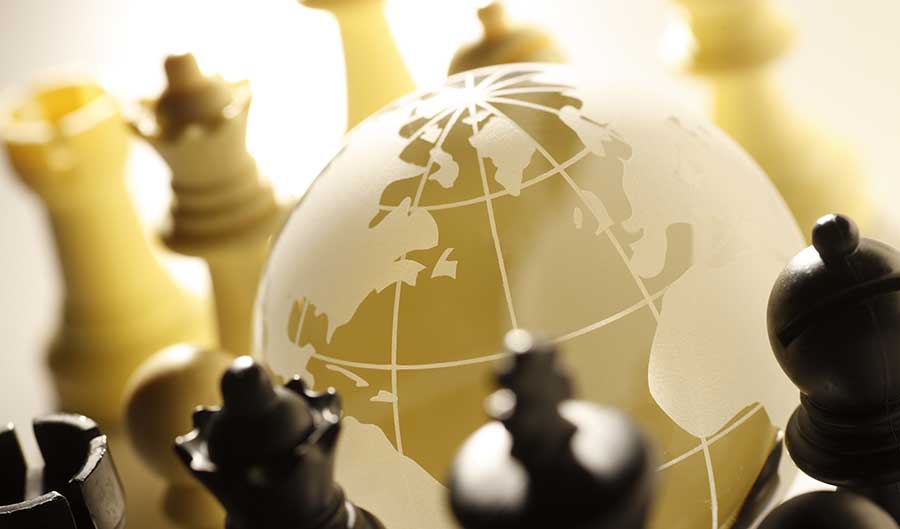 Many people believe that there will be a global and totalitarian government that governs all countries under one ideal and policy. In the field of international relations, organizations such as the WHO and the UN are in charge of representing countries and uniting them in common causes. These organizations exist to represent all citizens on the planet, not just one nation or continent. Many of the arguments advanced in support of a future global government are considered conspiracy theories.

But who decides which arguments and narratives should be accepted or rejected?

We cannot assume that someone decides what is right and wrong at random. We live in a culturally diverse world where new ideas emerge on a daily basis. This allows for a constantly changing and transforming narrative, but one that has a direction because of the information it receives at all times. Our opinions are shaped by the media, politicians, and well-known individuals and organizations.

But, in order for this argument to be valid, we must admit that all existing media report according to their own preferences, right?

We can't prove it, let alone validate it; we can only assume and accept the information they give us... or conduct our own research to call it into question. Well, within the concept of a global government promoted by people whom many consider extremists, it is stated under various arguments that it is possible. Regardless of our differences, it is in the interests of political elites, or people with a lot of money, to create a government that controls everything.

Many of them recognize well-known people:

Bill Gates, George Soros, the Chinese government, the Pope, Elon Musk, and even the German and Russian governments have expressed their support.

These theories have always existed; however, belief in this possibility has grown significantly since the pandemic. The WHO was in charge of handling the situation, and many blame them for contributing to the "coming global government".

No, dear reader, I am not attempting to persuade you to believe in conspiracies or to support narratives with weak arguments.

I believe we can discern and comprehend that we do not live in a two-faced world. We live in a world with many different sides and perspectives; therefore, before invalidating a theory, an idea, or an opinion based on other people's interpretations or what the media tells us, it is best to research and seek answers from multiple sources.

So, where did the concept of a global government come from?

This theory dates back to the twentieth century; 1984 by George Orwell was written between 1947 and 1949 and places the world in a dystopic reality where is all rule by Big Brother. The trend gained popularity in the 1980s, and by the early 2000s, people believed it was a real thing that would happen soon. These ideas were reborn two years after the pandemic in internet forums, news sites, and people who claim to read between the lines and follow a pattern within the news and all the information we receive.

One of these arguments is the G7's proposed new tax. For many, this is proof that we are on the verge of global totalitarianism. In 2021, the first phase of a global minimum tax will be implemented. The G7 finance ministers agreed in London on a global minimum tax of at least 15% on multinational corporations. Larger corporations should pay taxes both where they have a physical presence and where they generate sales.

An agreement among the major economies would also hasten negotiations among the Organization for Economic Cooperation and Development 140 member countries. The agreement between the G7 countries, the United States, France, the United Kingdom, Canada, Mexico, Japan, and Germany, was expected to gain the approval of the G20 and, eventually, the approval of 140 nations.

Despite opposition from places such as Ireland, which is not a member of the G7 or G20 and has successfully recruited global companies, including large U.S. tech firms, by offering a corporate tax rate of only 12.5 percent. It will eventually have to give in to what the European Union demands.

As an argument, the UN's 2030 Sustainable Development Plan is mentioned, as well as the Pope's direct educational plan, which is set to begin that same year. Other proofs used by this type of theorist include:

In the 1960s, an informed college student at the University of Pennsylvania was conversing with Professor Charles C. Price, chairman of the Chemistry Department, who claimed to be president of the United World Federalists, an organization that believed in a world government emerging from the United Nations. The United Nations was founded on a vision of human rights presented in the "Universal Declaration of Human Rights" (UDHR), which placed the concept of rights at the forefront of global progress.

In 2015, seventy years after its original rights-based document, the UN proposed the 2030 plan that I mentioned earlier. Many people believe that this document seeks to resurrect the ideals that a group had 50 years ago. This document is supported by Pope Francis, who sees it as part of the new universal agenda, and it is joined by the World Economic Forum's Great Reset proposal.

Now, many people's desperation and confusion is understandable, because after what has been revealed, one could easily believe in any narrative, including the one provided by the mainstream media and conspiracy theories.  It is necessary to learn how to think, understand, and read between the lines in order to avoid accepting the first thing they offer us instinctively. It is critical to understand what is valid, what information is true, and what sources can be trusted.

But, more importantly, we must recognize that we all have the right to an opinion; an opinion is not always the truth, and it should not be used to invalidate anyone. A global government would have a massive task ahead of it. To achieve human consensus and seek equity beyond equality.