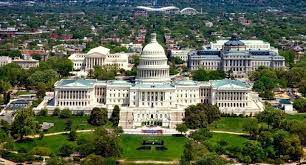 Multiple questions are floating around about how our governments should be structured—some believe in a bigger government, some a smaller government. Before we as a society ask or argue among ourselves about what kind of government should exist, we need to come to terms with the issues at hand. One major problem I see is how governments have lost what they truly represent as the true meaning of government is lost in time. To clarify those questions, we need to understand the origin of the word “government.” Its origin stems from the Latin word “gubernate.” The meaning of the word gubernate means to govern. If the purpose of government is to manage a state, nation, or community, then why isn’t it that they are not fulfilling their duties properly as one should? Modern governments have failed us in representing the interests of the people.

So, the main questions we should ask are: what is the meaning of government? How should the government govern? What should our government represent? And what happens if our government fails? For the most part, politicians and lobbyists alike are no longer what they were intended to be. They have grown too powerful and our governments, for some time, no longer represent the interests of the people. Our politicians have been butting heads for some time now, if not literally. If so, I wouldn’t be surprised. With politicians never trying to reach a compromise, it has nonetheless been driving countries and people to split apart. It is also true that, to a certain degree, government officials and politicians are not just corrupting the legal system; the government is destroying people themselves.

I will now begin with the first question, “What is the meaning of government?” Is the government a tool meant to serve the interests of the people? What should the government do?

After all, they only represent themselves, their ideas, goals, and visions, not what the people see. The government has to protect its innocent citizens from threats of evil. At times, the government is evil itself. The government has long since lost its true meaning. How can humanity retain its old sense? Maintaining its old meaning will only spiral back into chaos once again when time catches up. A new definition of government needs to be invented, with unique ideals much more advanced than the old, to prevent the same issues from arising. That’s what has happened throughout history with the creation of the United Nations to maintain international peace and security after World War 2. To conclude this question, the government is meant to govern, but it no longer does its job correctly. Does that mean a new government or new ideals need to be implemented for the further success of the government?

Now, let’s start with the question: “How should the government govern?” A simple answer would be justice, lawfulness, equality, and righteousness. Well, of course, that’s how a government should govern. So the question is, why so? Is it to achieve prosperity in the long term? If so, there are many other ways. Or is it to govern the people with equality? But what will its result be? Will it turn out to be a success or a failure? None of it. A government should govern to build a prosperous future for its country and people, not by using the virtues of other governments but by creating virtues that fit its history, culture, and background.

Now to move on to the third question, “What should our government represent?” I will be using the US government as an example for this question. The two main points of the US constitution are liberty and equality. But what are they? To define them using the Oxford Learners’ Dictionary, liberty is the freedom to live as you choose without too many limits from the government or authorities; and equality is the fact of being equal in rights, status, and advantages. These are how liberty and equality are defined in our current timeline, but that’s not what it was long ago.

In the US constitution, liberty means that each person has unalienable rights, that no one is allowed to invade, and equality means that each person is equal before God. Both definitions have been shown to change over time, and currently, both liberty and equality conflict with each other. Due to some citizens’ ideologies of believing in the equality of outcome, Everyone should have the same level of income and finish the race simultaneously. It is apparent to the naked eye how liberty is in a massive conflict with equality, with an attempt to promote a bigger government. The bigger the government, the more restrictions are placed upon our liberty.

So what should the US government represent if its founding ideals conflict with each other? It should get rid of one of them. Like how the Chinese government represents communism, and to its governmental core, that’s what the government means. But of course, I am not saying the US government should be a one-party system. I am saying that the US government would be able to function much more efficiently if it represented freedom. If you, as a reader, are wondering why I think space is more important than both equality and liberty, it is because both of them stem from what freedom stands for. As a society, if it puts freedom ahead of both equality and freedom, it will be produced indirectly or directly as a by-product. A free community allows people to follow their objectives without suppressing others.

We shall now begin with the final question, “What will happen if our government breaks apart?” A simple answer would be that we are screwed. But of course, that’s not all there is to it. Many possible outcomes exist. I will start by naming two products, new government forms or the country gets conquered by another nation.

I will now examine how a new government could form if our current governments break apart. A government is what unites people under a set of laws, and for that to happen, a government needs to be combined. But what could cause a government to break apart in the first place? Many possibilities exist, such as a growing amount of power within one political party, a clashing of ideologies, or a lack of trust within the system. If a government begins to deteriorate, people will panic, and some states or communities will create their governments, making the existing situation more complicated than it already is. Within all that chaos, if a form of ideology shows up, it can unite everyone under one ideology where everybody benefits under a legal and moral system of governance.

The final hypothetical situation is that the nation in conflict gets conquered by another. This situation mostly has the highest chance of occurring in a less developed country than in the rest of the world. Let’s get the definition straight in this case. Conquering doesn’t necessarily mean another nation has direct control over another. Indirect control is always a possibility where one country is being taken advantage of and used by others for their benefit. The weaker nation functions under the false reality of having its government separate from the rest.

A great example would be that of China and Myanmar. China’s government gets to have its government facilities or government-run businesses within another nation by extracting Myanmar’s resources from its land. That’s an example of how indirect control works where even the country itself is not aware of what’s happening, and the people are slowly losing their rights.

To conclude this government chapter, the role of government is to maintain peace, security, and long-term success for its nation; protect its people’s interests, and represent its virtue. That’s how a government should be: simple and easy. Yet some of our governments still fail to live up to their duties throughout history.