Governor- The Dilemma of Indian Democracy 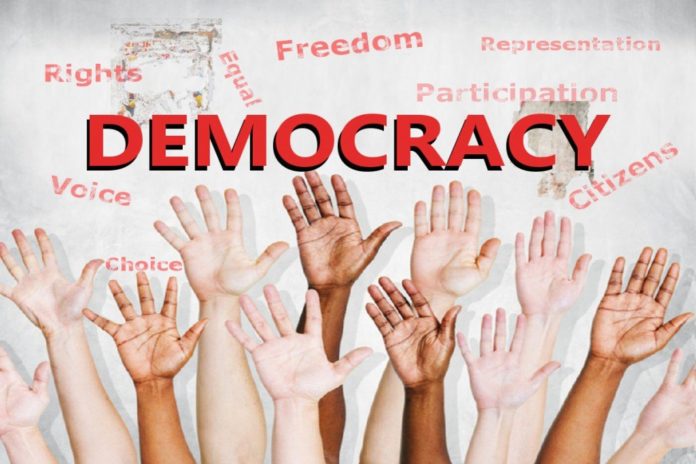 When we heard about the Governor, three things came into our mind when we are apolitical. The first is that this is a ceremonial position. Secondly, the appointment to this post is done on political grounds, and the third is that the Governor is the representative of the Central government in the federal system, but when we start understanding politics, we realized how controversial this post is.

This line tells us that no matter how much we consider this post to be useless, this post is equally crucial for whom to run the government. After assuming power, whether it is the current government or the previous governments, all have replaced the immediate governors and appointed new governors. If considered, this practice of appointing governors is the root cause of disputes related to the role of the Governor.

In India, the governors are the constitutional heads of the state. The Governor is the nominal head of a state, while the Chief Minister (CM) of a state is the executive state. All the executive actions in the state are taken in the Governor's name. However, in actual reality, he only gives his consent to the numerous executive actions. The real powers of the state are vested in the hands of the State's Chief Minister and his council of ministers. The office of the Governor acts as the agent of the central government and as the statutory head of the state has been controversial since the enactment of the Indian Constitution.

5-year term not permanent for the Governor-

The first change that should be done with the governor post is that the Governor's five-year term should not be obstructed without sound reasons. They should also get the same security of tenure that the members of the constitutional body like CAG and Election Commission have because the relationship between the Governor and the union government becomes problematic when and the Governor does not belong to the ruling party at the centre. If this thing is changed to constitutional obligation, the Governor will freely exercise his constitutional powers. There were several instances when the Governor was asked to resign or dismissed when the Central Government asked the Governor to leave his post when the Governor did not belong to his party. In 1977 when the Janata Party formed government at the centre, it dismissed 15 governors appointed during the previous Indira Gandhi government by saying that they did not represent the people's will. Then this trend has continued, and in 2004 the UPA government replaced the governors in the states of Haryana, Uttar Pradesh, Goa, and Gujarat before the expiry of their terms, and this trend is continued even today. In 2014 when the NDA government return to power, it asked the Governors of several states to resign from the office. The Governors of Puducherry, Mizoram, Uttar Pradesh, Gujarat, Chhattisgarh, Nagaland, Goa, and West Bengal either resigned or were dismissed by the president. The recent case is Kiran Bedi, where the ruling government dismissed its person from the governor post. Some political experts say that this is just a political stunt, while some say maybe she was removed because of her reasonably foreright personality, which means she may not be happy with the party-changing game in Puducherry. She might have made life difficult for the Congress government in Puducherry, but she has never been on the wrong side of things ever.

Administrator or a favourite person of the ruling party?

It is said that when a political person holds this post, he wants to serve the interests of his party, and that is why the Sarkaria Commission, constituted in 1983, recommended the appointment of a non-political person to the post of Governor. India seriously wants this change. In 1984, when the first non-Congress government of Andra Pradesh under NT Rama Rao was dismissed by the Governor when NTR went to the US for heart surgery. The Governor supported Nadendla Bhaskara Rao, the former congressman and Finance Minister under the NTR government, to break the party and form the government. We have seen this in recent cases, such as in the 2018 Karnataka elections, the BJP won 104 seats out of the 222 seats on which elections were held. Congress won 78 seats and extended unconditional support to Janata Dal-Secular, who had won 37 seats. A party or coalition needed the support of 112 members for a simple majority in the assembly. Governor Vajubhai Vala called BS Yeddyurappa, the leader of BJP, to form the government. The supreme court intervened and ordered a live telecast of the floor test. Yeddyurappa resigned before the floor test, and HD Kumaraswamy of JD(S)-Congress Alliance formed the government. The same happens in the Maharashtra elections 2019 when the Shivsena, Congress and NCP are going to form the government, then-Governor Bhagat Singh Koshiayri called BJP to form the government.

There should be a provision in our Constitution that a person who is not an accused in any kind of criminal case should be made a governor. We have to understand that the post of Governor is a constitutional post that has its dignity. Therefore, the Governor's criminal instinct is a matter of great concern. Also, there should be a provision that if there is any charge against that person while holding the post of Governor, then he can be removed from the post. In 2007, the 86-year old veteran Congress leader and a multiple times chief minister were objectionable to three young women. TV channels ran marathon coverage of it that embarrassed the Congress leadership, and it was inevitable that Tiwari would be removed from the Raj Bhavan. Forced and cornered, he had no other option but to resign on December 26, 2009, but he didn't resign immediately, nor congress's government demands an immediate resignation.

Everyone knows the political powers of governors, as we have already seen in Delhi, West Bengal, Uttarakhand Puducherry, Manipur, Goa, where he is acting as his own for the sack of his party.

Not all governors are the same-

The negative image of the state governors as, above all, "an agent of the center" has proved challenging to erase, but that doesn't mean they didn't do their work properly.

One of the efficient governors is Manoj Sinha, lieutenant governor of the Union territory of Jammu & Kashmir. The appointment of a politician from eastern Uttar Pradesh as an LG shocked everyone when it was announced. Many people from the opposition and media fraternity said that the post was given just to satisfy him because he lost the Lok Sabha seat from Gazipur, but now people understand the real reason behind his appointment. The real reason or the idea of the government the only a political person who is connected to the ground can get the democracy back on the path in Jammu and Kashmir after the abrogation of Article 370, and he did it successfully by getting panchayat elections done peacefully and without facing any boycott.

Another one is RN Ravi, Governor of Nagaland, is also very efficient. He is a former Indian bureaucrat and also a good administrator. The landmark framework agreement between Naga and the Indian government was achieved during his tenure in August 2015. It's been a breakthrough for achieving peace in the region since the 1997 ceasefire agreement. Apart from this, he has also maintained his communication with local authorities successfully, by which he can easily find the solution to any crisis that happened in the state.

Shrimati Droupadi Murmu, Governor of Jharkhand, is one of the most decent governors in today's political scenario. Even after having the government of opposition in the state, she praises the good works of the state government without any hesitation. When she was appointed, people think that she is just an appointment, but some BJP leaders said that her tribal identity and clear image are vital instruments in her appointment. Maybe, from her selection, they want to assure the state's tribals that you will get a chance to work with the government, which cannot be possible by being a Naxalite or Maoist.

"India is a democratic country and a democratic system needs to be fair and transparent. The future government formed in the state determines the future of the state. In such a situation, it becomes important that the role of the Governor is neutral. The Constitution provides for the use of discretion by the persons sitting in the constitutional post to make a better decision according to the circumstances. The Punchi Commission set up in 2007 has also said that the Governor's work should not be unilateral or unrealistic. However, at present, there is a need to make concrete provisions to stop all disputes related to the Governor so that political corruption including various types of disputes can be curbed in the coming time. If this happens, it will be like shaping democratic values."