Grisly Acts of Violence against Animals: Should animal laws be stricter? 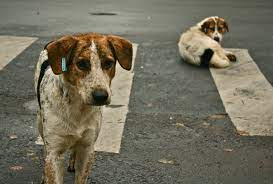 Cases of Animal Brutality in India are at an all-time high. There are many atrocious and spine-chilling incidents and cases of bestiality and hostilities against animals, wild or domestic.  In Mumbai, severe crimes like rapes of animals like goats, sheep, dogs, and cows have been reported. About a month ago, at Kalina, Santa Cruz, CCTV footage recorded a boy, identified as Taufeek Ahmed of sexually abusing and raping a female dog. A case has been registered against him under Section 377 for having unnatural intercourse. The police tried to nab him but he has been absconding. This is not a singular incident but many collective preposterous incidents like this have been reported like in October 2020, a female canine was raped inside the Galleria Shopping Complex in Powai, Mumbai. The veterinarians found an 11-inch wooden stick inside the dog's genitals. The police had registered a case under IPC Section 377 and Prevention of Cruelty to Animal Acts, 1960. A similar incident like this happened at Nerul Railway Station Complex at Navi Mumbai, where a 65-year-old man, Mahender D Pawar was arrested for raping a female dog. Another case that attracted nationwide obloquy and animadversion was the killing of a ten-year-old pregnant female elephant when she ate pineapple which was stuffed with firecrackers and explosives. She was injured heavily and died in the forests. The six accused have been booked under Wildlife Protection Act 1972, for hunting, and the Kerela Forest Act, 1961 for trespassing. The savagery and inhumanness of this case had shocked the nation and drew flak from citizens of all walks of life.

There are provisions in the Indian Constitution for animal rights and safety like Section 428 of IPC that states imprisonment that extends up to two years and a fine of the value of ten rupees or upwards for killing, poisoning, or maiming animals. Section 429 states imprisonment up to five years or fine or both which includes cattle and beast of burden. The Wildlife Protection Act (1972) prohibits injury to any wild animals or trees under Section 39. The animals encompass amphibians, mammals, reptiles, birds, and their young children as well. The exceptions in this Act are those called 'vermin' defined in Section V. The person proven to be guilty under this Act receives imprisonment for a term of three years or a fine of  Rs 25,000. The Prevention of Cruelty to Animals Act,1960 states imprisonment for three months or more for cruelty against the person's own pet, inhuman slaughter, inhuman transportation, inhuman living conditions( even for animals destined for slaughter), tail docking, or ear docking. The fine for the first offense can extend up to Rs 50 and for the second offense, the fine can extend up to Rs 100.

Because of the prevailing situation, it is a peremptory responsibility of the law-making bodies to make the laws more stringent and rigorous for the offenders. Implementation of the law is more important than promulgating an Act. The fines taken from the guilty should be increased and the time of imprisonment should be extended. Vigilant Citizens living in apartments, societies should give shelter and food to stray animals. We should instill a virtue of compassion among our children so that they never ill-treat animals. Animal Shelter Homes should be checked from time to time whether they are providing the animal's food, shelter, good living conditions, and veterinarian care or not. It is very important to create an empathetic society to recognize and accept that animals have a right to live with dignity just like humans.