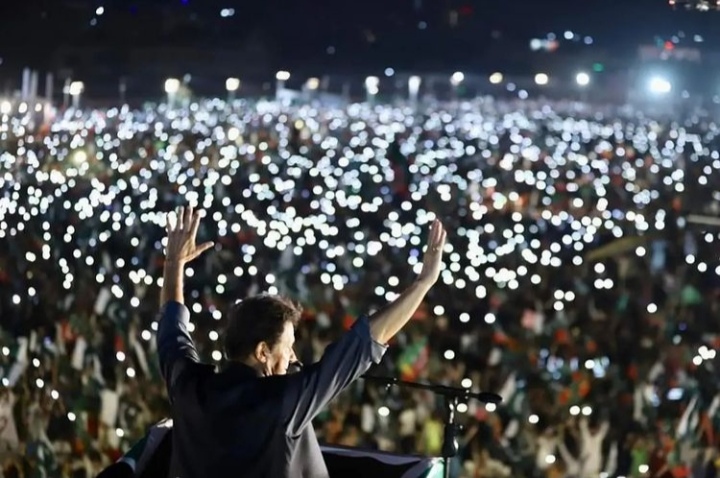 Pakistan has been going through political turmoil after the ouster of former Prime Minister Imran Khan and his government. Everything seems uncertain in this political upheaval except the escalating popularity of Imran khan. It cannot be repudiated that Imran khan has been legendary since his cricket days and later for his political achievements. This time he became the talk of the town not by winning but by losing a match against a no-confidence motion in Pakistan's parliament.

Different surveys, including the Gallup Pakistan, show that most fellow citizens had almost lost confidence in Imran Khan as PM because of the economic crisis and, most crucially, surging inflation. After his toppling, ground realities hit differently. The day after his ouster, an unprecedented tsunami of people came out on roads in more than fifty cities of Pakistan to denounce his removal. On the other side, Overseas Pakistanis have also been protesting in more than ten countries since he was ousted.

Pakistanis across the globe are buying Imran khan's narrative about the US threatening cipher, the conspiracy of regime change in Pakistan, and the enforcement of a corrupt coalition government in Pakistan. In addition, the institution's moves against the Former PM have flared up a wave of rage and resentment among the massive number of his supporters inside and outside the country.

Masses of people express their rejection of the new government on the roads and on social media. Since Imran khan's ouster, social media has been jammed pack with aggressive and, at times, ugly campaigns that favor him. Urdu hashtag "imported_government_not_acceptable" has been trending on Twitter in Pakistan since his ouster, along with the affiliated trends. According to Pakistan Tehreek-e-Insaaf's digital head, more than 6 million tweets and 8 billion engagements over this hashtag have been reported, and numbers are still hiking up. Last week Imran khan joined the Twitter space to interact with his supporters and broke all the previous records of twitter spaces. Over 500k people tuned in, and more than 165k were active listeners. On the other side, the website launched by Imran Khan on call for donations has recorded donations of Rs 1 billion in 24 hours. These record-breaking trends indicate his rocketing popularity and people's trust in him.

Now, Imran Khan and his party has burnt all the boats by resigning from the parliament. And decided to fight with the power of the people as he stated: 'I would not sit with this corrupt government; it is an insult to the country where a person who's on bail over corruption becomes a Prime Minister.'

He has held massive political rallies in Peshawar, Karachi, and Lahore in the last three weeks. These rallies were record-breaking and unprecedented. It is to be noted that the Former PM is witnessing a considerable following, and most of his supporters are youth who make up 66% of Pakistan's population. People are resonating with his stance of 'real independence' by rejecting the new government and demanding early elections. It is the first time in recent times that Pakistan is facing extreme political polarization among people over the Former PM's ousting issue.

Right now, Imran Khan has become a leading political figure for the people as all those incidents in the first ten days of April made him a political victim in the eyes of the people by which he managed to gain the sympathies of the public. Although Imran khan seems to be very cautious in talking about the establishment and judiciary, people nevertheless consider them responsible for his removal and react furiously towards these institutions. At this time, it would not be wrong to say that Imran khan has become more significant than any institution in Pakistan. 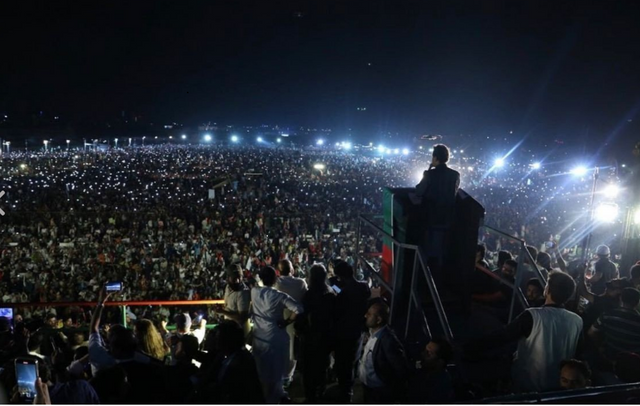 He may have lost this popularity in his premiership. But today, it can be assessed through these massive political rallies and protests that he has gained back the support more than ever, and people have overlooked the economic crisis that occurred during his tenure ship. According to various political analysts, Imran khan's stance on foreign policy is similar to the late Zulfiqar Ali Bhutto. Today, in this era of digital media, Imran Khan has become an even more popular and charismatic politician than him.

During his premiership, Imran khan's politics and leadership among people seemed subdued. However, this ouster proved as a blessing in disguise for him, and he has once again emerged as a leader to whom a large number of people are listening, responding, and obeying. In his addresses to the rallies, his stance is more than criticizing the opponents. He is now delivering the teachings of sovereignty and dignity of one's country.

Unlike past, he is not making promises about structural and economic reforms. It seems like he wants to collect his vote bank over the values of becoming a morally independent nation. This time, he stepped on the nerves of Pakistani people who, with their support, are showing aggressive sentiments over the issue. The collation of three major parties of the country (whose leaders are bearing corruption allegations and cases) also favored him because of a common perception that this alliance against one person indicates that the his premiership was becoming a threat to their political future and corruption cases.

Now, Imran Khan is demanding early elections and indicating to hold a long march towards the country's capital against the new government. As it is in his favor to hold recent polls, however, it is early to predict whether he will be the next Prime Minister of Pakistan or not, though it seems evident that he has succeeded in winning the people either intentionally or fatefully.

Imran khan's government had made economic blunders and wrong decisions that cost the country. It is their fate that those blunders have layered down in this political chaos, and now they have time to analyze those mistakes and to do complete homework before getting into government again.

Although a stance of independent foreign policy and sovereignty is gripping the masses, governing the state is more practical than gaining popularity. So, if Khan aims to get back the premiership, he must be prepared, unlike before.