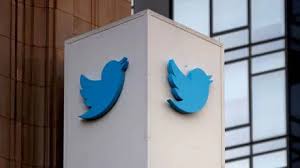 With all the free time at our disposal during the pandemic, most of the world's population has their screen time limits maxed out. Teachers, parents, and clinicians are concerned about the effects of social media on our lives and psychological well-being because of the rise in the number of people using Facebook, Instagram, Twitter, Snapchat, and other social media platforms, as well as the amount of time they spend on them. Studies show that the average internet user spent 2 hours and 25 minutes daily on social media in 2020. While the research is still in its early stages—Facebook turned 15 this year—media psychologists are beginning to elucidate how time spent on these platforms affects and does not affect our daily lives.

The phrase "cancel culture," which was coined by Twitter users, became a trend back in the year 2017. The term is used to describe the act of withdrawing support from certain celebrities, brands, companies, and even concepts after they might have said or committed such an act. It is considered unethical. It is believed that the notion of Twitter’s "cancel culture" might have started on a platform known as "Tumblr", which was at its peak during 2013-2016. Fans talked about their favourite stars’ imperfections on their Tumblr blogs, and this eventually made its way to Twitter, where it was used as a hashtag in a user's tweet. People can be cancelled for a plethora of reasons, including exhibiting criminal behaviour, racism, transphobia, xenophobia, homophobia, as well as cultural appropriation, religious intolerance, sexual harassment, and so on.

The cancelling usually takes place when the degree of fury directed at the accused perpetrator reaches a point where the person's life and reputation are jeopardised. This is a common issue for celebrities, who have their past blunders and statements dug up and thrown back in their faces, prompting supporters to abandon them and their initiatives. Ellen DeGeneres, the talk show presenter, is a notorious example of someone who has outraged the public when claims about her treatment of her workers appear. This led to her declaring that the talk show would no longer be on air as a result of these claims. Cancel culture has been shown to be a dominant influence, with the ability to determine the fate of a person's career. Individuals used to gossip about their acquaintances, but now, thanks to the power of social media, there is a whole platform dedicated to exposing people and getting likes and replies.

Cancel culture is generally short-lived, as society's focus shifts elsewhere rather rapidly. Society has already shifted its focus onto someone else by the time a celebrity apologises for their behaviour, making the prior action obsolete and devoid of accountability. One of the key reasons why some users believe cancel culture to be poisonous is because of this loop. One of the more serious issues with this trend of cancel culture is that its practitioners consider themselves "progressive activists" who are bringing the battle to the people and are eventually trying to force it down their throats. They assume that this is the only method to bring about change at this point in time.

People on social media, however, believe that calling out those who need to reconsider the statements made by them previously or the kind of public stand they might have taken on certain moral matters is not intrinsically evil. Its supporters see it as a valuable weapon that should be used to promote social justice. People appear to have taken it upon themselves to hold people accountable for their conduct, rather than allowing them to slip under the radar as a society. Shein, a widely popular online store, came under fire last year for selling several dubious items on its website. The Muslim prayer mats were labelled as home décor and described as "Flower Print Tassel Trim Carpets" by the fast-fashion brand established in China. They started selling what was advertised on the site as a "Metal Swastika Pendant Necklace" for $2.50 only four days later. Numerous fashion bloggers and buyers were quick to discover the new necklace, which provoked controversy on social media platforms like Twitter and Instagram, where hundreds of people expressed their displeasure with the company. In response to the uproar, Shein issued a statement clarifying that the necklace was intended to be a Buddhist sign for good fortune, not a Nazi emblem. Despite this, customers came together to proceed with the target of boycotting the company.

TikTok has recently been a hotspot for cancel culture. Because TikTok videos are so brief, viewers just get a glimpse of what's going on and may draw conclusions based on that. During the COVID-19 epidemic, the cancellation has only become worse; films showing influencers in public without a mask or without engaging in social distancing have immediately resulted in a comment section full of hatred. At the same time, internet users must determine how far they should go with their cancellations. Should people be fired or evicted because an online mob thinks something they did was offensive? Should individuals who have been called out consider suicide as a result of the enormous amount of cyberbullying and hate? Cancel culture is a touchy subject. When is it appropriate for society to cancel something, and when is it overkill?

The truth is that this culture is relative, since it is incredibly difficult to fully and uniformly boycott something or someone. Certain celebrities, influencers, and companies have tens of millions of admirers who will support them no matter what. As humans, we all see things through different lenses, so something that irritates one person may have no effect on another or even be beneficial to them. People would allow the offending individual time to reflect and respond if they were assessed based on their conduct following the first cancellation. Normalizing a person's changing perspective after learning new knowledge might be a good place to start if people wish to promote true justice. Withdrawing all assistance from someone who is actively attempting to improve themselves can encourage a destructive cancellation cycle.

In my opinion, "cancel culture" is another divisive face of society, particularly on social media, that may achieve incredible feats but also falls short in staying power.